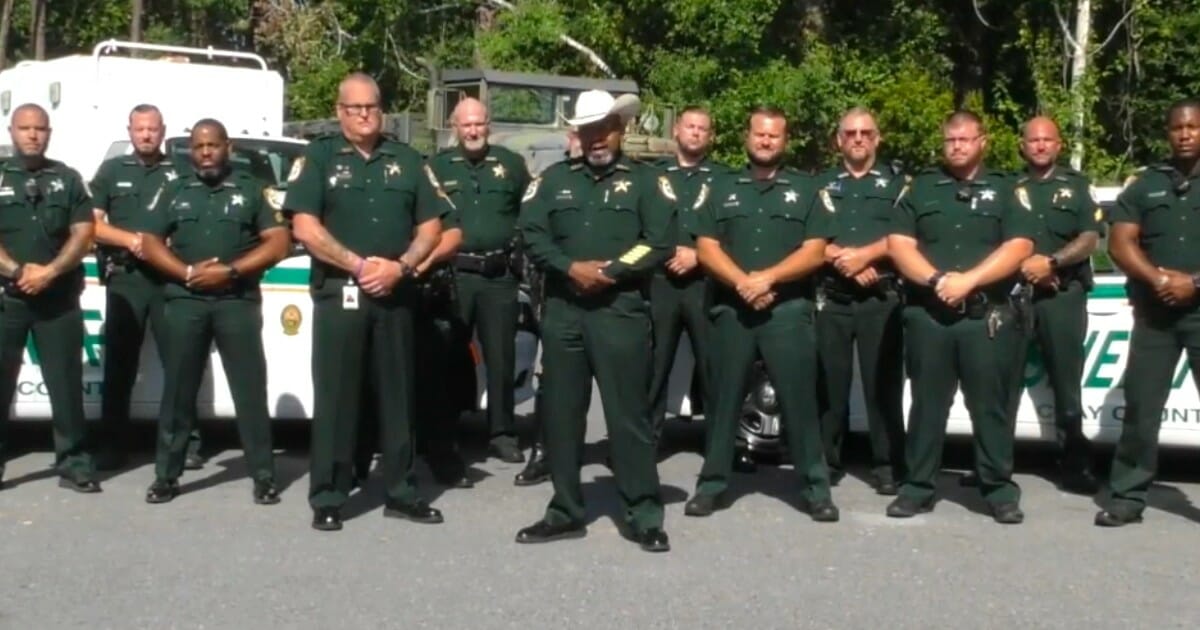 “I’m going to exercise the power and authority as the sheriff, and I’ll make special deputies of every lawful gun owner in this county and I’ll deputize them for this one purpose — to stand in the gap between lawlessness and civility.”

On Wednesday, a Florida sheriff warned those who planned to participate in violent demonstrations in his county.

“The second you step out from up under the protection of the Constitution, we’ll be waiting on you and give you everything you want: all the publicity, all the pain, all the glamour and glory for all that five minutes will give you,” Daniels said in his three-minute long video.

As he made his announcement, he was backed by more than a dozen of his colleagues.

Daniels, the county’s first Black sheriff, warned people that if the sheriff’s department was unable to handle them, residents who had been deputized would “stand in the gap between lawlessness and civility.”

The video has received mixed comments, though many have shown support for Daniels’ potentially controversial decision.

However, some believe Daniels’ comments are dangerous and could result in lawsuits.

Mike Taylor, a former FDLE agent and state attorney’s investigator, told the Florida Times-Union that it undermines the amount of training a sheriff’s deputy must go through.

We train under intense situations to control the adrenaline dump, and we don’t do a perfect job at it, but we train to be prepared to make decisions under pressure. That’s necessary to be effective. To think we can put anyone in that role and it’ll be OK, we’re asking for a much bigger problem and inviting chaos and anarchy in the streets.

“Imagine putting a badge on someone with zero training — no de-escalation training, no firearms training, no training with the law. I am not sure what he is thinking, but it is not the kind of thinking we need from our top cop,” former Clay County Commissioner and opponent, Harold Rutledge said.

According to reports, Daniels, a Republican, is being challenged by six opponents during the upcoming election in November. He is also under investigation by the Florida Department of Law Enforcement after he was accused of having an affair with a coworker who he later had falsely arrested.