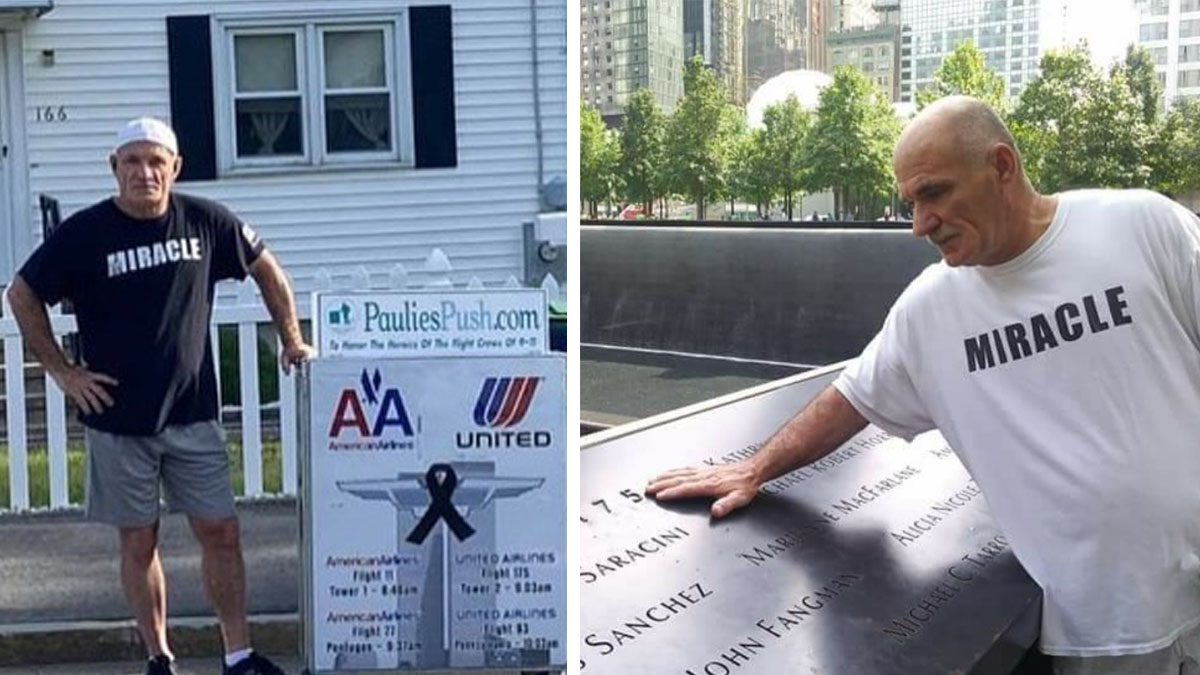 To mark the 20 year anniversary of September 11 and honor the flight crews killed, former flight attendant, Paul Veneto, is walking the 220 miles between Boston Logan Airport and the World Trade Center in New York City.

“We’re supposed to recognize those people. And it’s just the way it happened, they weren’t recognized. So now it’s happening today. And I’m so grateful for that,” he said.

“That was my normal route, Flight 175. I used to fly Boston to LA all the time.”

“When those crew members knew they weren’t going to make it, they still kept doing their job. It’s mind-boggling to me,” he said.

And now he wants to recognize the brave souls for the courage they displayed during the terrorist attacks that September morning.

To honor them he started “Paulie’s Push.” His plan is to push a beverage cart that is decorated with the flight number and the time each plane went down from Boston to Ground Zero.

The trek, which is more than 200 miles, is something he’s thought about for years.

Veneto began the trip to New York City on Saturday and by pushing the cart between 10 and 20 miles every day hopes to reach Ground Zero by September 11.

Not only will it be the perfect ending of Paulie’s Push, honoring the flight crews killed during the terrorist attacks, but for Veneto, it will also mark six years of sobriety.

It is so hard to believe that this year will mark 20 years since the horrible events of September 11, 2001. Not a day goes by where I don’t think about all of the lives we lost that Tuesday morning and all of those we lost in the aftermath.

Please share this story on Facebook and remember the brave flight crews who lost their lives on September 11.