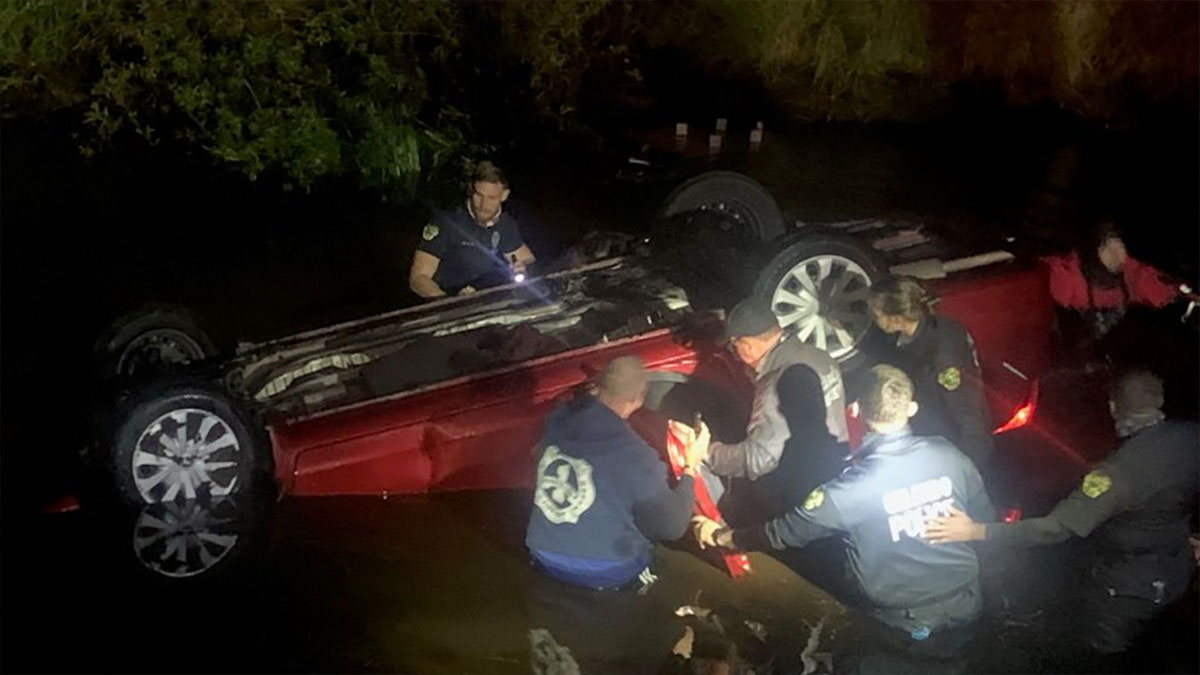 Jose Diaz didn’t hesitate to call 911 after seeing a car veer off the highway and into a pond.

A Florida dad had swerved to avoid an animal and instead of hitting the brakes hit the gas peddle, landing in the water with his two sons aged 4 and 12 in the car, according to the Orlando Sentinel.

Jose Diaz saw the car in front of him lose control and hit the water. He called 911 and didn’t hesitate before jumping into the waters at nighttime not knowing what he was getting into.

He tried to get the 4-year-old boy out of his car seat but when he couldn’t he kept the child’s head above water until rescuers arrived.

“I didn’t think about that at the moment, just take action,” Jose told the Sentinel. “That was the main worry. … You try to save the life of the kids.”

When firefighters and police arrived they were able to free the young boy and dad. Meanwhile, the 12-year-old was able to escape the car and the water on his own.

Footage was released of the rescue showing the distraught 12-year-old emerging from the pond.

“Please, please just help them,” the young boy, identified as Gabriel, says to the first responder calmly coaxing him out of the water and away from the overturned car.

“Thanks to the quick and collaborative actions from the officers, the members of the Orlando Fire Department, and the good Samaritan, the family was able to escape this dangerous situation with only minor injuries,” police said in a statement, according to Firehouse.

This man is a hero! I dread to think what could have happened if Jose wasn’t around. I hope he is honored for his actions.

Help us pay tribute to Jose and the quick-thinking actions he took that night without any thought for his own safety by sharing this story.