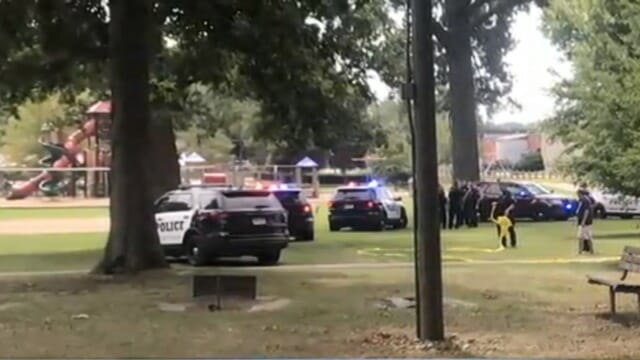 A Michigan grandfather was stabbed to death on Saturday after approaching a man in the park and asking him to stop doing drugs in front of children.

According to Fox5, the grandfather was attending the first birthday party of his grandchild. He approached a man sitting on a park bench and requested that he stop doing drugs whilst the children were playing, and was subsequently stabbed at least 15 times.

Police were called to Grand Park, Utica, Michigan on Saturday after receiving reports concerning a stabbing. Shortly after, they arrived at the scene to find a man – who has not been identified – stabbed to death.

Witnesses reportedly told Macomb Daily that an “enraged” man had attacked the grandfather with a machete-like weapon.

“He was enraged, he seemed like he had the strength of the Tasmanian devil,” said one witness. “My heart goes out to the family of that poor man. I can’t believe this happened in front of them.

Michigan grandfather stabbed to death in park after asking man to stop doing drugs in front of kids: reports https://t.co/0YbwagXAKD

“(The victim) fell to the ground, he had blood all over him,” the witness continued. “He had his arms up to fend off the man from stabbing him. The man put his knee in the guy’s abdomen to hold him down and then put his arm across his face and began stabbing him with a knife, like non-stop, just jabbing at him with the knife.”

The police were able to apprehend the suspect, though the grandfather’s wounds proved fatal.

Other residents said that the attacker was also carrying a box of whippets, canisters with nitrous oxide that are designed to bring on hallucinations when inhaled.

A truly horrifying story, our thoughts and prayers are with this man’s family at this sad time.

No one should be killed for trying to prevent drug use, least of all when doing so to protect the innocence of young children. Please share this story to raise awareness of anti-drug use, and to pay tribute to a man who lost his life unnecessarily.