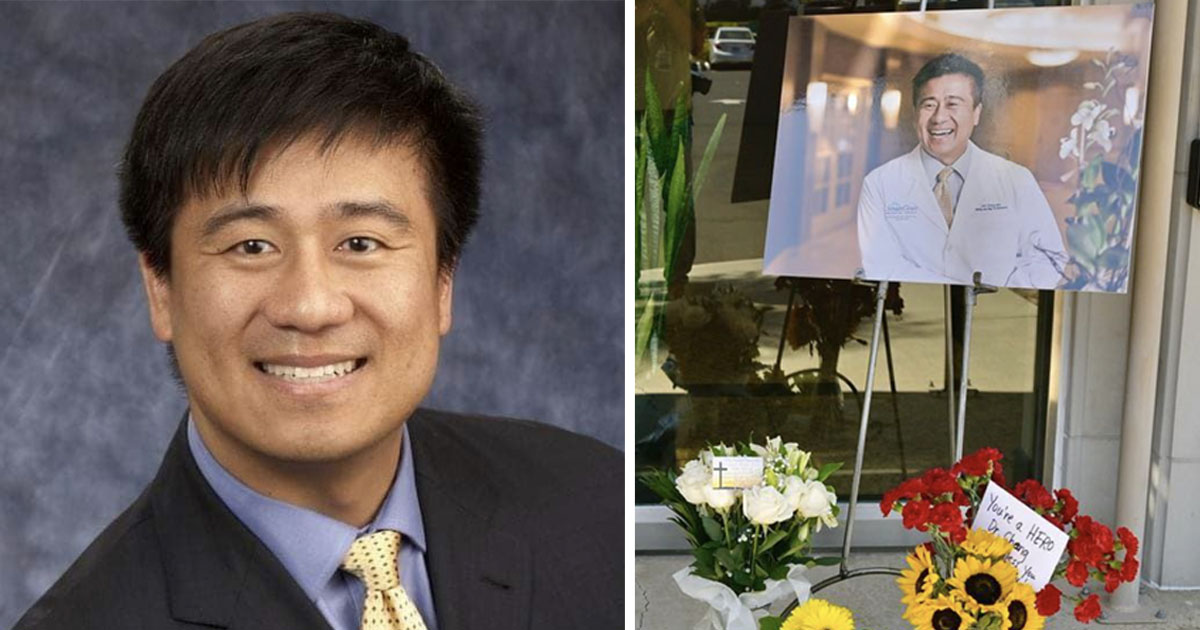 Every day people perform heroic actions, going above and beyond what is required of them. Dr. John Cheng is another of these heroes who sacrificed himself for the safety of others.

John Cheng was not only a beloved member of the community but also husband and father of two.

A tragic shooting at Laguna Woods Church in Orange County claimed a life that is now being hailed as a hero. John Cheng, a 52-year-old physician, sacrificed his life, and authorities are saying he saved quite a few by doing so.

Cheng was well-known and beloved in his community. The Laguna Niguel based physician specialized in sports medicine and was a vital part of his community.

For his brave actions leading up to his death, Orange County Sheriff Don Barnes is calling the late Cheng a hero!

When the shooting started, John Cheng bravely charged at the gunman, allowing others to seek cover.

“Without the actions of Cheng, there is not doubt there would be numerous additional victims,” the Sheriff’s department told the media. Multiple witnesses gave testament to the brave actions of Cheng.

“This was a politically motivated hate incident, a grievance that this individual had between himself and the Taiwanese community,” Don Barnes told the media.

The apprehended alleged shooter David Chou is now being tried on one felony count of murder and five felony counts of attempted murder.

Kristi Johnson, a representative for the FBI’s Los Angeles office, believed that the shooter was motivated by “some type of hate.”

Cheng was one of the younger congregants of the church and bravely tried to disarm the shooter. Orange County District Attorney Todd Spitzer told the media that Cheng “did everything he could to disable the assailant.”

Authorities reported to the media that the doors to the church were glued and nailed shut, demonstrating that the shooter did not want people to escape. The shooting had been meticulously planned.

After the shooter shot Cheng the first time, he attempted to shoot him again, but his weapon had jammed, preventing him from doing so.

District Attorney Todd Spitzer said of Cheng’s actions, “He sacrificed himself so others could live.”

His community will greatly miss the late physician and his family will deeply feel the loss. John Cheng leaves behind his grieving wife and two children.

The brave actions of everyday people are inspiring. While John Cheng’s death is sad, his heroic actions leading up to his killing show us what integrity the man had. We wish his family and friends well in this trying time.