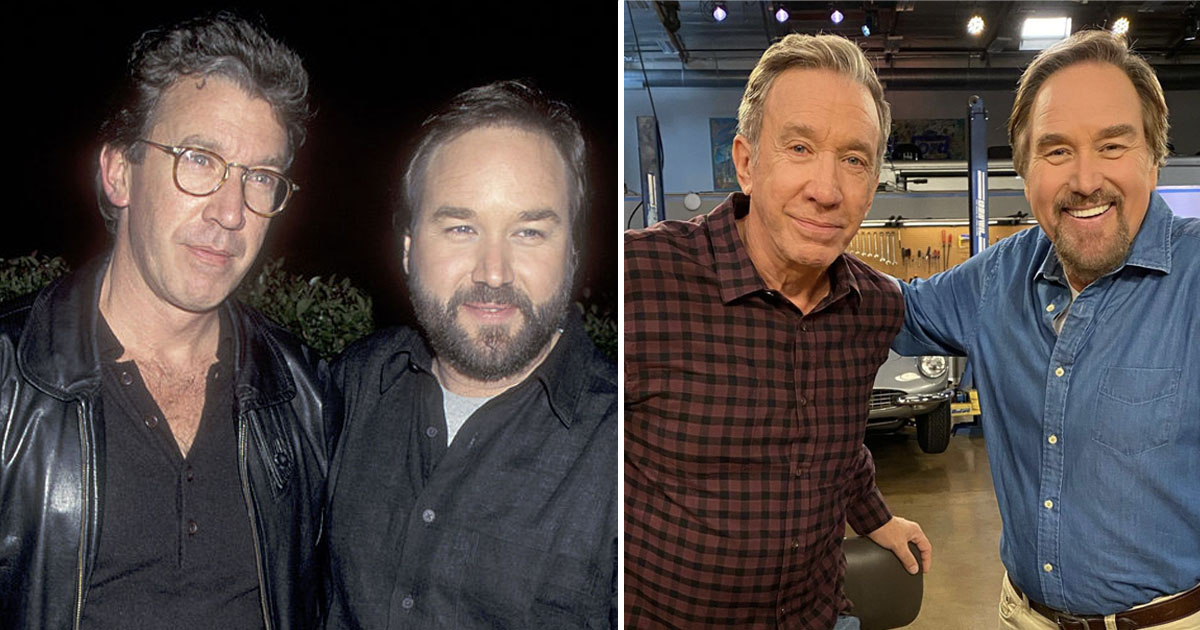 Everyone has an old television show that they dearly miss and hope would come back soon.

One of the most popular shows of its time is Home Improvement, and now the comedic duo we all loved is back for another show!

Tim Allen and Richard Karn were an amazing comedic duo that everyone fondly remembers from their “Home Improvement” days. Their comedic banter made thousands of people around the world laugh.

And if you missed the comedic stylings of Tim Allen accompanied by Richard Karn, then you’re in luck because the famous duo is now starring in a new television series!

The two men are hosting the show “Assembly Required,” a show where builders compete against one another. The show premiered on the History Channel and released its first season in 2021.

While the show is not a scripted comedy like we were used to from the duo’s show “Home Improvement,” it is surely funny and gets you laughing nonetheless because of the comedic timing of the hosts and the interesting participants.

Even before the show was released, there was a lot of buzz surrounding it with fans of their previous works interested in seeing the duo back in action on their screens. And it seemed like both Allen and Karn were excited about being able to work together again since they would often post promotional material for the show on their social media accounts.

The show is a competition style one where there are participants and rules. Builders, handymen, and construction workers can all participate and solve household problems. They will be judged on their creativity, as they participate in challenges where they are to breathe life into old household items.

All in all, the show featured some amazing builders as they competed to become the best builder on the show. While the show has not been confirmed for a second season yet, the entire first season is out for fans everywhere to watch!

Now old fans of “Home Improvement,” can rewatch their favorite duo in new episodes of a television show which shows the famous duo doing what they do best; improving homes!

Are you excited to watch this new show by Tim Allen and Richard Karn? Let us know in the comments section.