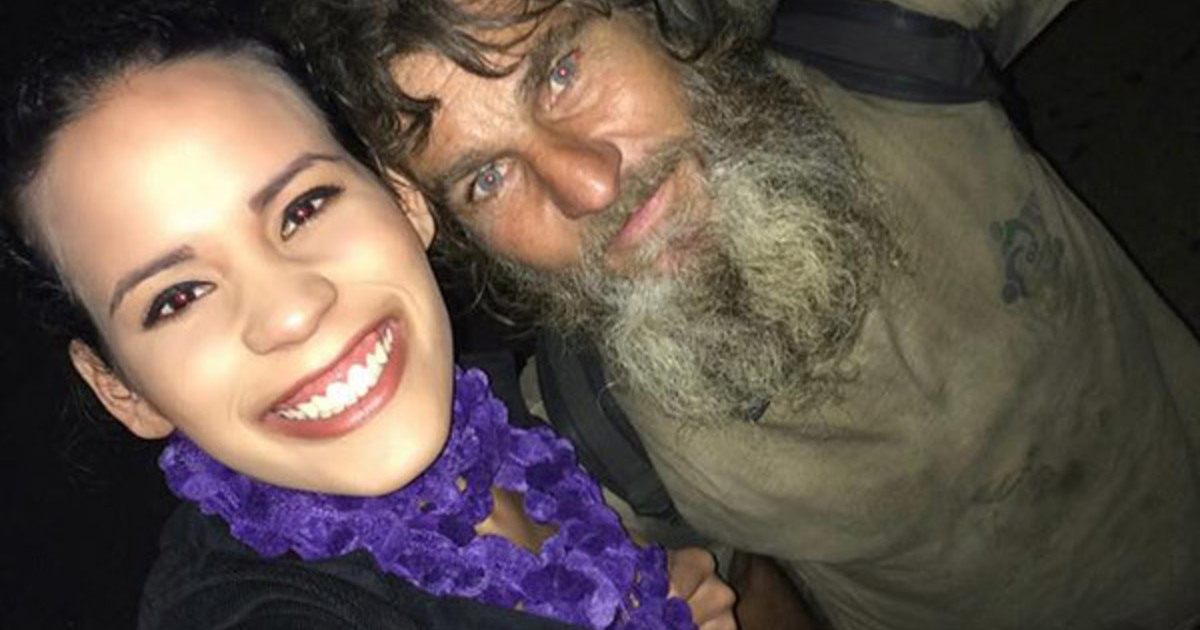 Sometimes, help comes from where you least expect it—and provides a valuable reminder that we should never judge the book by its cover. This is one such story.

Twenty-four-year-old student Caroline Santana was about to take the bus home one night in São Paulo, Brazil, when she realized that her bus ticket was gone. She didn’t have enough money to buy a new one and soon realized that she’d have to walk home alone in the middle of the night.

But what she didn’t know was that a homeless man would come to her rescue.

While Caroline was rummaging through her bag, a homeless man approached her and asked if she could spare some change.

“So I said, ‘Can you just wait a minute? I think I’ve lost my bus pass,’” Caroline Santana wrote on Facebook.

The reply was quick and unexpected. The homeless man asked how much she needed for a new ticket. And because he had 4 Brazilian reals (about $1.25), he offered to buy her one.

At first, Caroline wouldn’t accept his money, but the homeless man kept insisting.

Just then, Caroline found her pass in her bag. She thanked the man for his kindness, told him he didn’t have to worry about it, and started walking to the bus stop.

Caroline thanked him once again for his help, dug out two Brazilian real (63 cents) from her bag, and gave it to the man before they parted.

“Was it a simple gesture? YES! But there’s a lesson. This gentleman, who has so little, who needs to rely on others to survive, was willing to give me all that he had that night so I wouldn’t have to go home on foot. I’m sure he’s condemned by others because of his appearance—many people must think he’s badly behaved and could be a thief. But no, he has a big heart.”

“This story is a lesson of character, humility, wisdom and love! Never judge anyone by their appearance. God writes straight with crooked lines!”

I think we can all learn from the homeless man’s incredible kindness. Please share this story with your friends on Facebook!