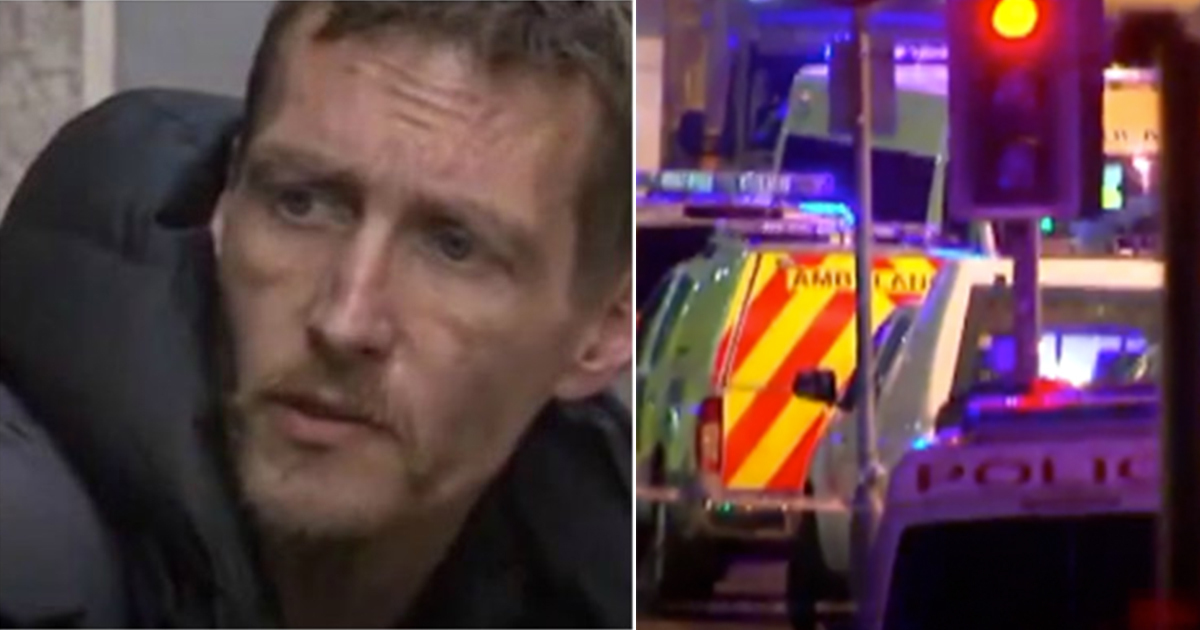 When the bomb went off inside Manchester Arena on Monday, it caused inconceivable destruction. Most people understandably panicked and tried to flee the stadium as fast as they could. But while everyone else was running away, one person ran inside to try and help—homeless man Chris Parker. Now, he’s being celebrated for his daring heroism.

Thirty-three-year-old Chris Parker is homeless and usually sits in the entrance of Manchester Arena begging for money after concerts. While he was sitting there during Monday’s Ariana Grande concert, Chris heard a powerful explosion that knocked him over. White smoke came out of the building and people were screaming. Chris immediately understood what had happened, but instead of running for his life, he did something that not many dared.

Chris described the event to the Independent:

“It knocked me to the floor and then I got up, and instead of running away, my gut instinct was to run back and try and help. There were people lying on the floor everywhere. I saw a little girl… she had no legs. I wrapped her in one of the merchandise T-shirts and I said, ‘Where is your mum and daddy?’ She said, ‘My dad is at work. My mum is up there.'”

Chris carried out several injured people out of the arena, including a 60-year-old woman. But due to the severe damage she suffered in the explosion, she died in Chris’ arms.

Watch an interview with Chris and a tribute to him in the video below. It’s already been shared more than 100,000 times.

“Just because I’m homeless doesn’t mean I don’t have a heart,” Chris says.

Imagine if more people in the world were like Chris Parker. He has a big heart and deserves all the praise he can get. Please share this video to give him the thanks he deserves.