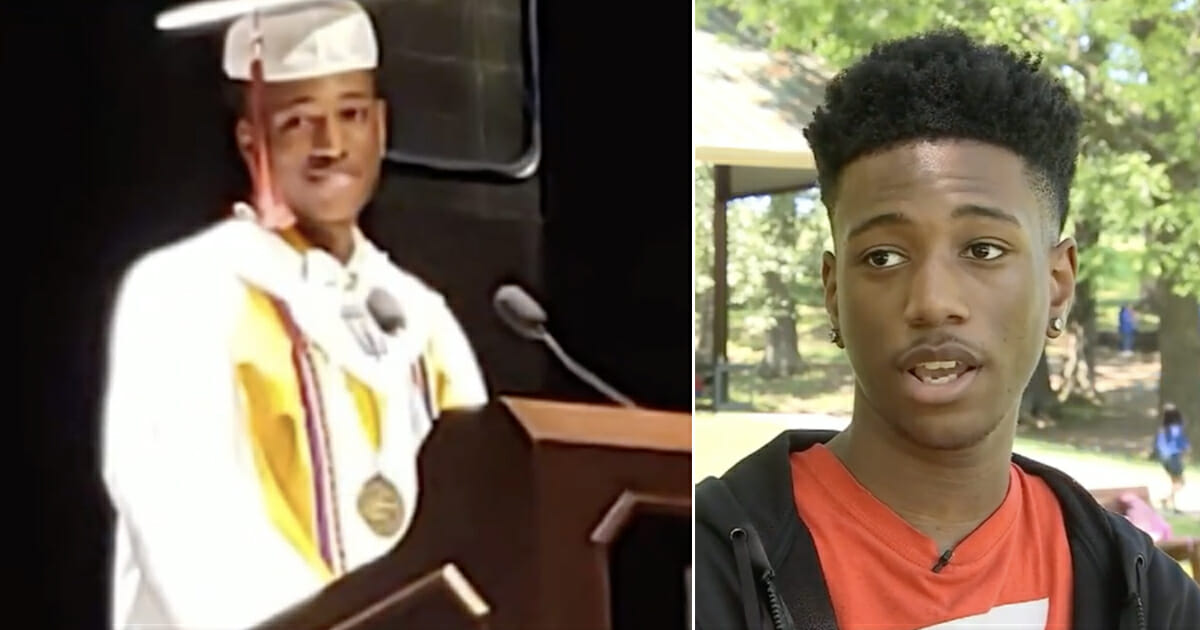 When life hands you lemons, you make lemonade. At least, that’s how the saying goes—so when life handed one teen a whole lot of lemons, he made the best of really terrible circumstances.

17-year-old Tupac Mosley, who is from Memphis, Tennessee, was faced with many challenges early one. According to ABC 7, the young man’s father recently died which caused his family to fall behind on bills and get evicted from their home. The family became homeless, and Tupac was left jumping from house to house.

Any of that would have been enough to derail his schooling. He could have fallen behind on his grades, or quit school altogether. Instead, he persevered.

By the end of senior year, he had maintained a 4.3 GPA, become his class’s valedictorian, and received more than $3 million in scholarship money. That number exceeds his personal goal of $1 million.

“Never let your current situation, whatever circumstances you’re going through, be a mountain that you can’t climb,” Mosley said in his valedictorian speech.

Tupac received many university acceptance letters, but has decided to to with Tennessee State University in Nashville, where he will major in electrical engineering.

What a bright young man! He deserves every cent of that scholarship money, and we’re sure that he will do great things in the future. Please share to show your support for Tupac!