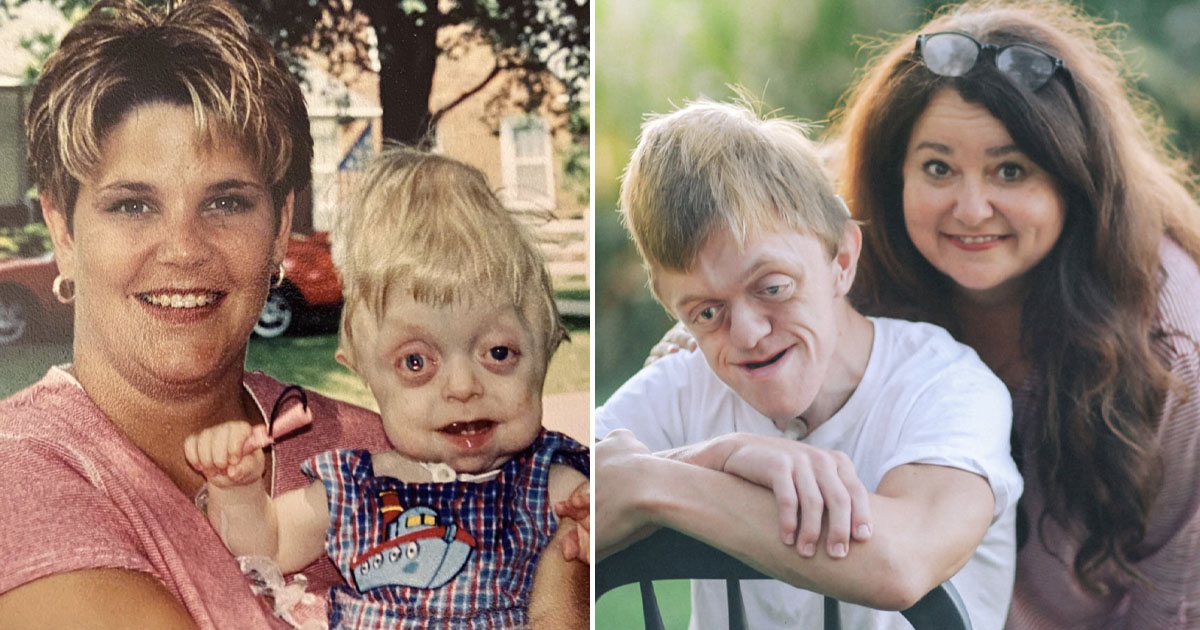 The staff at hospice care facilities are always ready for bitter goodbyes because they know people who usually come to them don’t ever leave their care alive.

But of course, there are those miracles that defy all expectations. And Branden West was one of them. Here is his story…

Even before Branden West came into this world, his parents were worried about how he would survive. His mother Cheri West had gone for a prenatal screening when doctors told her that her unborn son had some complications which would make his life difficult because of his special needs.

After he was born, the family discovered that their son’s condition was not as bad as they had originally thought. Branden was born with Pfeiffer syndrome which affected the shape of his face and skull.

After his birth, doctors predicted that the little boy would only live to be 18 months old.

Knowing he would not have long to live, his parents decided to place him in hospice care so that the little time their son had on earth was as comfortable as possible. It was in hospice care that little Brendan met Michele Eddings.

Eddings still remembers the day she found out she would have to admit a little boy into hospice care. She recalls, “The day I went to admit him, I was expecting it to be a very heavy, tearful, emotional meeting. After all, these parents were admitting their baby boy to Hospice.”

But the little boy she met was a happy one and seemed in a good mood; something she had not expected. One of the issues Brendan suffered with related to his respiratory system.

She remembers one tense night when the little boy struggled to breathe and she wasn’t sure whether he would make it through the night. “I remember pleading to God to please just take him or make him better, it was just too hard for him, his family, and all those involved in his care,” Eddings said.

Fortunately, Branden survived and indeed did get better. Eddings recalls fondly, “Braden was the first patient I’d ever had the pleasure of ‘discharging’ from Hospice Care.”

In 2020, when Branden turned 18 years old, Eddings had the distinct pleasure of watching him graduate from Apollo High School with his diploma. She watched him walk on stage to receive his diploma; a moment no one thought he would live to experience.

Eddings was particularly excited to see her old patient doing so well in life and even took and edited pictures of him to celebrate him completing high school.

What a wonderful story of human beings supporting one another and cheering each other on. This story really put a smile on my face.

Make sure to share this story with your friends and family so that they can smile while reading it too!