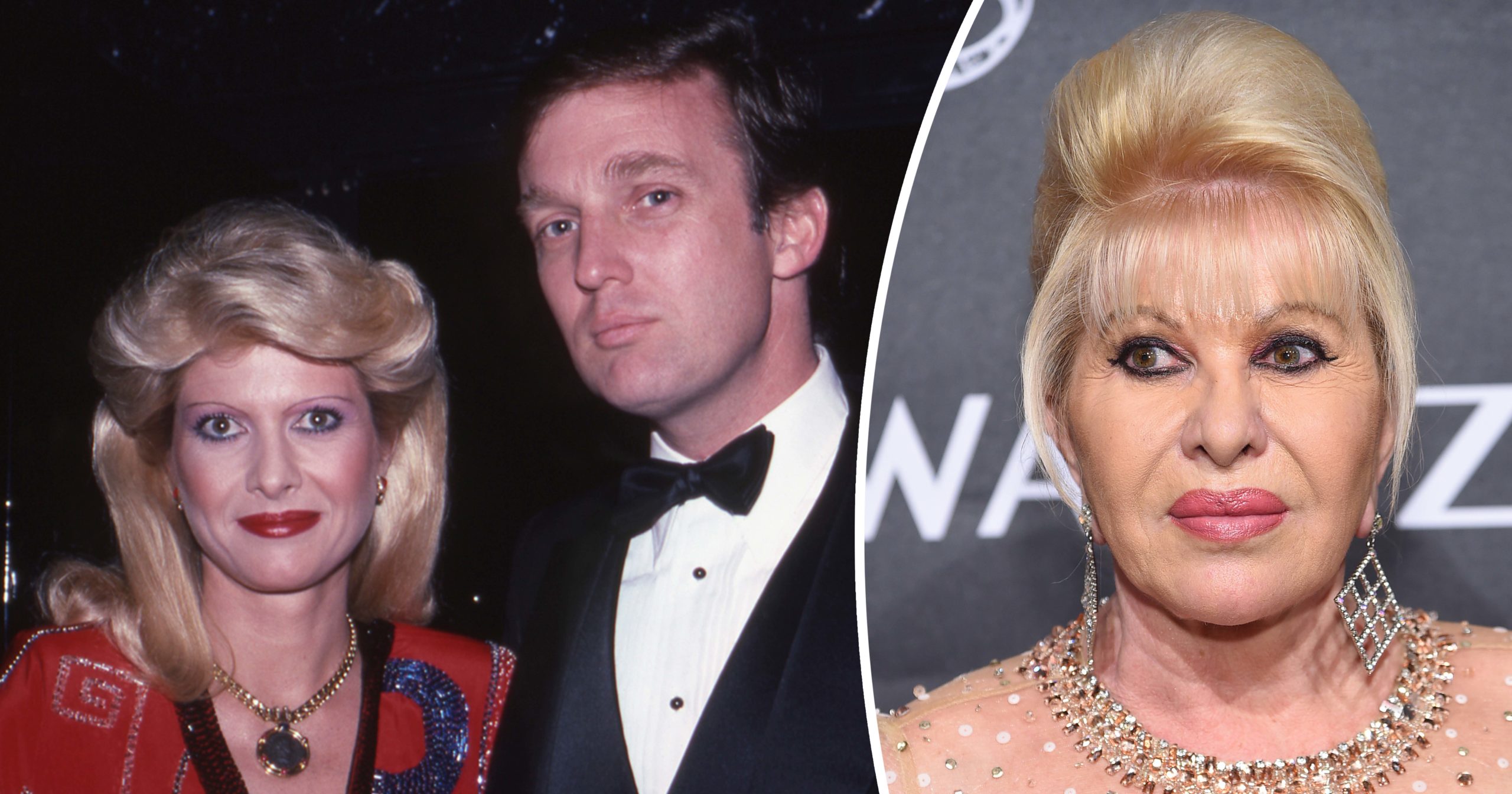 Ivana Trump, the first wife of Donald Trump and the mother of his three oldest children, has died, aged 73. She became a vital person in helping the former president to build his empire, including the signature building Trump Tower.

Neither the Trump family statement nor the post put out by Donald Trump himself has mentioned Ivana’s cause of death.

“I am very saddened to inform all of those that loved her, of which there are many, that Ivana Trump has passed away at her home in New York City,” Trump said.

Ivana and Donald Trump’s children, Donald Jr., 44, Ivanka, 40, and Eric, 38, are understandably deep in mourning over their mother’s passing. They remembered her as an “incredible woman – a force in business, a world-class athlete, a radiant beauty and caring mother and friend.”

“It is with deep sadness that we announce the passing of our beloved mother, Ivana Trump,” the family statement read. “She fled from communism and embraced this country,”

The statement continued: “She taught her children about grit and toughness, compassion and determination. She will be dearly missed by her mother, her three children, and ten grandchildren.”

A statement revealed that police received a 911 call about an “aided individual” at about 12.40. p.m.

As reported by Reuters, The Fire Department of New York said paramedics responded to a call to her apartment for a cardiac arrest.

Medical examiner to determine Ivana Trump cause of death

They found a “73-year-old female unconscious and unresponsive.” The time and place of that response matched the location the NYPD associated with Trump.

Later on Thursday, the New York Police Department said there did not “appear to be any criminality” related to Ivana’s death. The fire department added that the victim was dead on arrival.

The medical examiner will now determine her cause of death.

Born Ivana Marie Zelnickova on February 20, 1949, in Gottwaldov (now the city of Zlin), Czechoslovakia (now the country Czech Republic), Ivana Trump was a significant athletics talent at the age of six.

Her father, Milos, believed it would toughen up his little girl and taught Ivana how to ski and swim when she was only a couple of years old.

Ivana seemed to have it all as a child. A former classmate described her as “clever, pretty, tall and skinny.” She began skiing competitively in 1955, and by age 12, Ivana had entered a national training program. At the same time, she also landed several more minor roles in Czech films. She grew up in a competitive home, where her father was pretty strict; she was raised to strive for excellence in everything.

“When I was doing poorly at school, my father yanked me out and got me a job in a shoe factory,” Ivana Trump said.

“After three weeks I begged him to give me another chance at doing well in school. I learned that discipline is necessary to accomplish anything in life.”

While studying in high school in her home country, she competed in skiing tournaments all over Europe. According to Donald Trump, in his book Trump: The Art of the Deal, Ivana was an alternate on the Czechoslovakian ski team at the Sapporo Winter Olympics in 1972. However, this claim has never been confirmed.

In any case, Ivana Trump became a great student and got her Master’s degree in physical education at Charles University in Prague. Following her graduation, Ivana decided to leave for Canada.

In 1971, Ivana married for the first time, tying the knot with Austrian skier Alfred Winklmayr. For her, this also meant that she could leave Communist-controlled Czechoslovakia, which was a relatively big thing at the time.

She learned how to speak English while living in Toronto, and alongside her Austrian husband, she moved to Montreal, where she worked as a model and a ski instructor. The couple divorced just two years later.

At this point, Ivana’s modeling career was taking off. She had worked with several notable clients, including the “Got Milk” franchise, Eaton’s department store, and designer Auckie Sanft.

She was there with friends at Maxwell’s Plum, described as “a flamboyant restaurant and singles bar that, more than any place of its kind, symbolized two social revolutions of the 1960s – sex and food,” by a New York Times piece in 1988.

When they had finished their meal, Donald Trump paid the bill and suddenly disappeared. It was strange for her since she hadn’t met a man who “didn’t want anything from a woman and paid for it.”

Not long after, Donald and Ivana fell in love. He brought her to Aspen, Colorado, where they were supposed to go skiing together. Donald Trump was quite an amateur skier, so he took a lesson. Little did he didn’t know that his girlfriend was a real pro.

“Sure enough, 10 minutes later I was on the mountains and looking at him doing full turns, and it was not fun,” Ivana recalled.

“The second day, he was getting good. So he said, ‘Ivana, let’s go ski.’ I asked the instructor to put the ski boots on me like a beginner. Donald was like, ‘OK, darling, you can do it!’ I took off and he got so angry. He said, ‘I will never ski again for anybody! Even Ivana!’ So I play for his ego.”

In 1977, Donald Trump and Ivana tied the knot only nine months after they first met. They welcomed their first child, Donald Trump Jr, that same year, followed by daughter Ivanka (1981) and son Eric (1984).

At that point, Donald was turning into one of the world’s most influential real estate moguls, not to mention he was steadily taking over Manhattan. He worked almost 24/7 while Ivana was home taking care of the children.

However, he ensured she was very much involved in the business. She worked hard while raising the Trump brood, and her resume speaks for itself.

Vital in building the Trump empire

In the end, Ivana was granted a divorce for “cruel and inhumane treatment” and received a $25-million payout, $10 million in cash. She also got custody of the three children, though Donald remained a part of their lives.

“The credit for raising such great kids belongs to me”

Despite the harsh and public split, which became a sought-after subject of the tabloid press, Eric says his mother supported his father’s future, especially the presidency.

Eric called his father “unconventional” and “strict” but also “incredible.” Even though their children thought Donald Trump was very much involved in their youth, Ivana stated that she was the one responsible for the kids having a great childhood. According to her, she raised them with the correct values and morals.

In addition, Ivana says that she made all the decisions about their education, travels, allowances, and child care.

Since her divorce from Donald Trump in 1992, Ivana Trump has been married twice. That, to much younger men.

“I have this thing for Italians I don’t know why, but the bad boys — not all of them, but the sort of semi bad,” she told Oprah in 2013. “Younger guy gives you a little bit of the edge because it’s just more of the energy, which I definitely need. They have a hard time to keep up that’s for sure.”

Ivana Trump married Riccardo Mazzucchelli in 1995, only for the couple to divorce two years later.

“I’m very sad, I cry,” Ivana said in a statement, as quoted by People. “I love Riccardo. This is a tremendously hard time for me. It’s very painful to go through six years of relationship with a person and to be disappointed or filing for divorce or whatever.”

Following her marriage with Mazzucchelli, she wed Rossano Rubicondi in 2008. Sadly, the couple divorced only a year later.

Despite their differences, Ivana Trump supported her former husband, Donald Trump, as he ran for the White House. In 2016, she revealed that she periodically offered him advice.

She also authored multiple bestselling books and created her own clothing line.

Rest in peace, Ivana Trump. Please, share this article on Facebook with friends and family to honor her legacy.