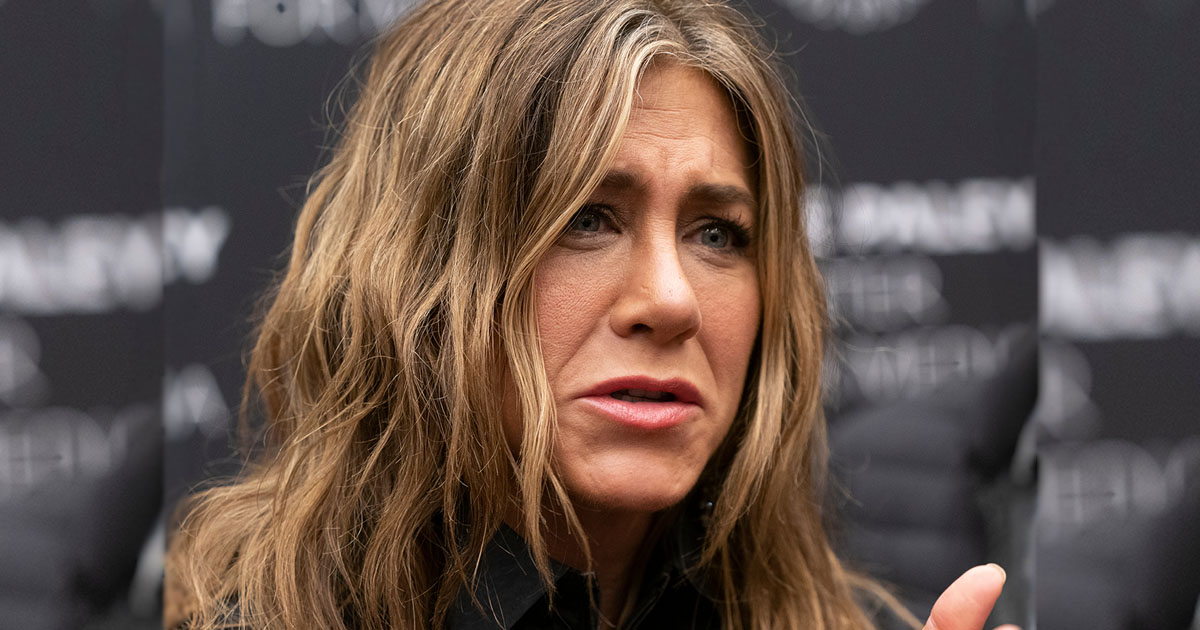 Being asked when you will get married or when you are planning to have children is something every woman over 30 has been asked at least once.

Even in 2022, people have a hard time not equating women to marriage and motherhood. Even actress Jennifer Aniston is not exempt from these questions. Over the years the actress has opened up about her decision to not have children…

Born February 11, 1969, Jennifer Aniston was no stranger to acting and stardom. Both her parents were actors, which naturally led to her choosing the profession as a career too.

She went to a school in New York and studied music, art, and performing arts. But her degree or her parent’s success did not mean instant success for her. She could not even book commercials.

She took up a waitressing job and had to borrow money from her friends to pay for her headshots which she eventually ended up using to audition for Friends.

But luckily, Friends became the big break for her that her career needed. Her iconic portrayal of Rachel Green lasted for ten seasons. The looks she wore as Rachel and her hairstyles and more; everything was copied the world over.

In the year 2000, Jennifer married fellow actor Brad Pitt. The couple was adored by the media and fans. They were always asked whether they wanted children. But they never gave much of a response to the question and in 2005, the couple divorced after which Brad Pitt entered his highly publicized relationship with Angelina Jolie.

After Friends ended in 2004, Jennifer Aniston did a lot of other successful projects. Luckily, she did not get typecast into roles similar to what she did with Rachel Green on Friends.

She starred alongside Ben Still in “Along Came Polly,” in 2004 and next to Vince Vaughn in “The Break-Up,” both of which were mega hits. She made a name for herself in Hollywood on the silver screen as well after dominating television screens for a decade.

She also took up dramatic roles to really show off her acting chops. In movies like “Derailed,” and “Cake,” amongst other, she showed that she can reach a varied number of emotions as an actress.

In 2015, the actress married again and this time married actor Justin Theroux. The marriage was short-lived as the couple divorced in 2017 but when they were married they were always asked questions about their decision on whether to have children or not.

Aniston expressed her disdain over this trend and said, “No one considers that it might be a sensitive subject for my partner and I. They don’t know what I go through emotionally or medically. There is pressure on women to be mothers, and if they are not, then they are damaged. Maybe my purpose on this planet is not to procreate. Maybe I’m meant to do other things.” She hoped to put the matter at rest once and for all.

But it was relentless. People still pried into her personal life and wanted to know about her child-less status. She reached her breaking point and wrote an open letter to address everyone who equated women to marriage and motherhood.

She wrote an impassioned piece about how disturbing she thought it was that people were only interested in her pregnancy and marriage. she wrote, “We are complete with or without a mate, with or without a child. We get to decide for ourselves what is beautiful when it comes to our bodies. That decision is ours and ours alone.”

“We don’t need to be married or mothers to be complete. We get to determine our own “happily ever after” for ourselves,” she opined. She added that she may someday choose to be a mother but not because she feels incomplete without being one.

In 2021, she gave an interview where she said she no longer takes rumors about herself started by tabloids to sell copies seriously. She said, “I used to take everything personally, all the pregnancy rumors and the belief of ’oh, she chose her career over having kids.’ No one has any idea why I don’t have kids, what’s going on with me on a personal level, on a medical level.”

The actress has had a lot of success in her professional life both as an actress and as a businesswoman running her own beauty brand.

I completely adore Jennifer Aniston and how candid she is about her beliefs. What do you think about Jennifer’s view about motherhood? Let us know in the comments!

Share Jennifer’s inspiring message for women with your friends and family!