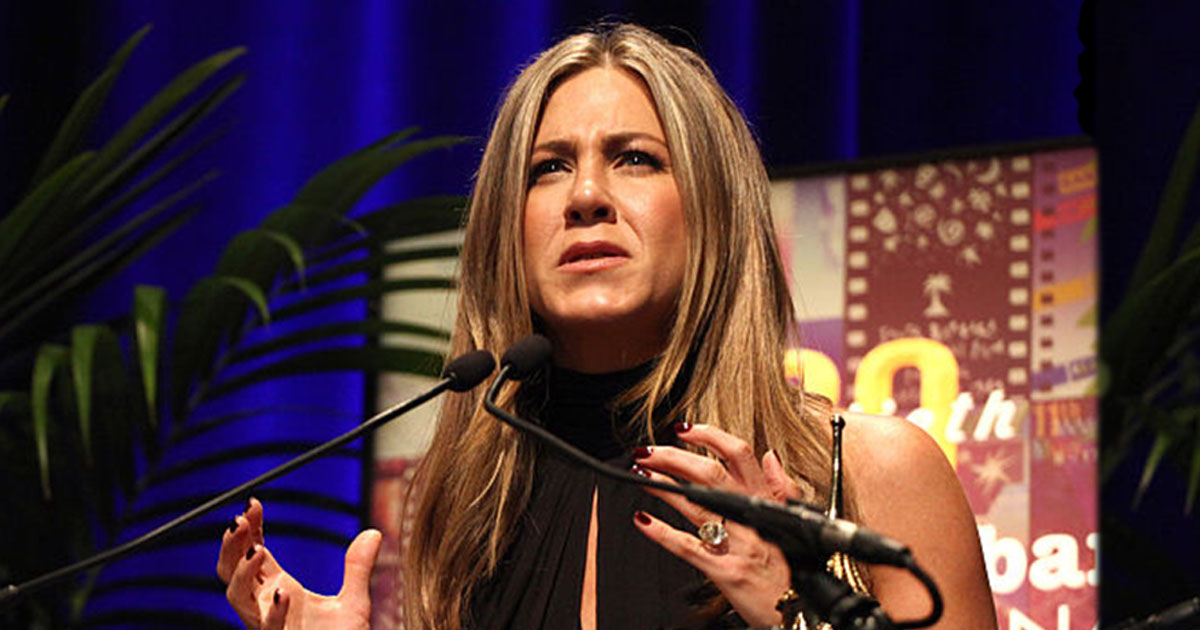 Jennifer Aniston is a household name because of her decade-long iconic performance of Rachel Green in the hit television show Friends.

The Hollywood heavyweight says, these days anyone can be famous for having no discernable talent and she is not too happy about that!

The actress was interviewed by actor Sebastian Stan in Variety’s series titled “Actors on Actors,” where actors interview one another and have conversations about their projects and craft in general.

Within the interview, the conversation strayed towards influencer culture which Jennifer Aniston is apparently very critical of.

“I always say I feel lucky that we got a little taste of the industry before it became what it is today, which is just different — more streaming services, more people.,” the actress lamented.

She had some names in mind that she wanted to say, talking about people she thought had no talent but were still famous. She explained “famous for basically doing nothing. I mean — Paris Hilton, Monica Lewinsky, all those.”

She chastised how actors are now famous because of either Instagram or TikTok. “It’s almost like it’s diluting the actor’s job,” the actress exclaimed.

While Aniston possibly thought she was making an informed comment on the state of the industry she has dedicated her life to, people who heard her comments were not all that impressed.

She came under fire from fans who wanted to point out that Jennifer Aniston’s parents were both actors and she likely became successful because of the opportunities nepotism allowed her to have.

Aniston’s father is the legendary John Aniston, who has been a staple on the long-running show “Days of Our Lives,” while her mother, the late actress Nancy Dow also had a successful acting career.

Others wanted to point out not just Aniston’s privilege but also her entitlement at wanting to gate-keep Hollywood and fame. Linking it to the fact that social media platforms like Instagram and TikTok have leveled the playing field significantly.

Anyone who has access to a smartphone is now able to make content and post it online, being able to get a following and hence become ‘famous’ as Jennifer says.

Fans were utterly disappointed in Aniston’s take on trying to gatekeep fame. They pointed out that other privileged children of celebrities who are already set up for success in Hollywood much like she was are the only ones who can be famous according to Aniston.

The actress surely has some strong views about influencer culture. What do you think about this?

Share this story to see what your friends and family think of Jennifer Aniston’s comments!