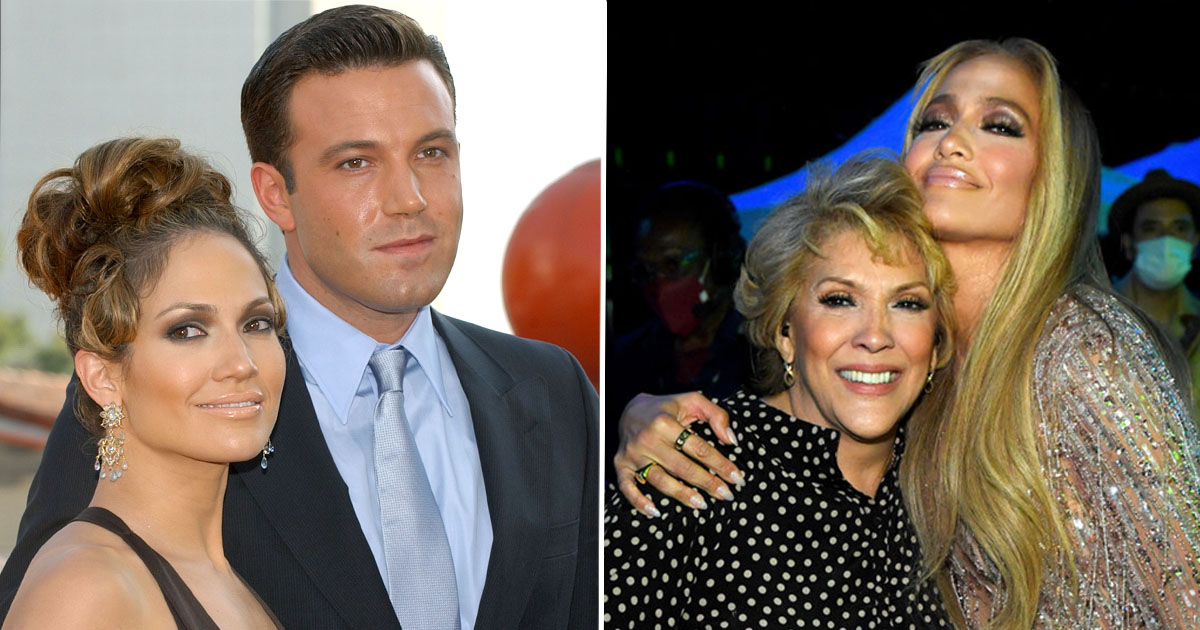 Jennifer Lopez and Ben Affleck originally started dating in 2002 and even became engaged but called it quits in 2004. But almost two decades later, gave it another shot…

After Jennifer Lopez announced the news of her marriage to Ben Affleck in her newsletter to fans, the airwaves were dominated by news of the couple’s nuptials.

The A-List celebrities surprised everyone by having a quick wedding in Las Vegas. The couple had not planned on it at all, in fact they wore outfits they already had in their closets and rushed to Vegas to tie the knot with just a few special guests to serve as witnesses.

“So, with the best witnesses you could ever imagine, a dress from an old movie and a jacket from Ben’s closet, we read our own vows in the little chapel and gave one another the rings we’ll wear for the rest of our lives,” the singer wrote to her fans. She also noted that the ceremony was “exactly what we wanted.”

Lopez did not have time for a wedding dress but luckily had been saving one from her wardrobe for a film she had starred in about 20 years earlier. The wedding dress was from the movie she co-starred in with Affleck, “Jersey Girl”!

It was an Alexander McQueen, the lacy dress was sleeveless, featuring a textured floral jacquard jewel neckline and a corseted bodice.

After their nuptials, employees at the ‘A Little White Chapel,’ where the couple tied the knot went public with details of the private ceremony. Kenosha Booth Portis, who works at the chapel said she was beyond excited at the prospect of being present for the wedding of such big celebrities.

“I started shaking a little bit, like, This is Jennifer Lopez we are getting ready to marry!'” she said.

While the ceremony was small, the couple made sure to involve their children. Portis noted, “They both were emotional. They cried to each other. The kids were right there behind them.”

Portis commented on how the ceremony was “sleek” even if it was quick and that the bride looked beautiful. She told the media that Lopez’s dress had a train on it and that she held a white bouquet during the ceremony. She also revealed that Affleck had a boutonniere that matched her look.

Portis could not believe that she would be involved in the ceremony for the Hollywood stars. She recalls the Bride marched down to, “Here Comes the Bride.” Ryan Wolfe is the minister who officiated the nuptials. He gushed about the couple’s vows to each other saying they said, “beautiful words to each other.

He said once they said the vows, the minister said a quick 8-second prayer after which the couple exchanged their rings. He said the ceremony was great.

The wedding was the talk of the town. A co-host of “The View” Sunny Hostin also revealed some information. She said she had talked to Lopez’s mother Guadalupe Rodriguez, who had told Hostin that Affleck was her daughter’s “one true love.”

“I’ve spoken to her mother, Lupe, about it. Lupe has always said Ben is her one true love,” she said.

Lopez’s is the mother of a set of twins that she shares with ex-husband Marc Anthony, Emme, and Max. While Affleck also has children with his ex-wife and actress Jennifer Garner, Violet, Seraphina, and Samuel.

One of Affleck’s children and Lopez’s daughter were there to witness the ceremony.

The minister revealed that the children seemed incredibly happy throughout the ceremony. He said, “At the end of the ceremony, they were almost giddy excited, jumping around. You could tell [the two kids] also were close, had a good relationship, really liked each other. They were very excited, and you could tell they really were happy.”

The workers at the chapel also said no professional photographers were present at the ceremony and that the couple’s children took most pictures on mobile phones.

While they did enjoy their little private ceremony. It is reported that the couple might have a bigger ceremony as well. Perhaps on Lopex’s sprawling George estate.

A source close to the couple has revealed that they are not yet planning their honeymoon and that Lopez reportedly said, “every day with Ben is a honeymoon.”

However, the couple was spotted in Paris by fans and paparazzi alike. But it is not clear whether it was a mini-honeymoon for the couple or simply something else.

It is truly beautiful to see two people come together and tie the knot. We wish Jennifer and Ben the best of luck!

Share this adorable story to inspire others about love!