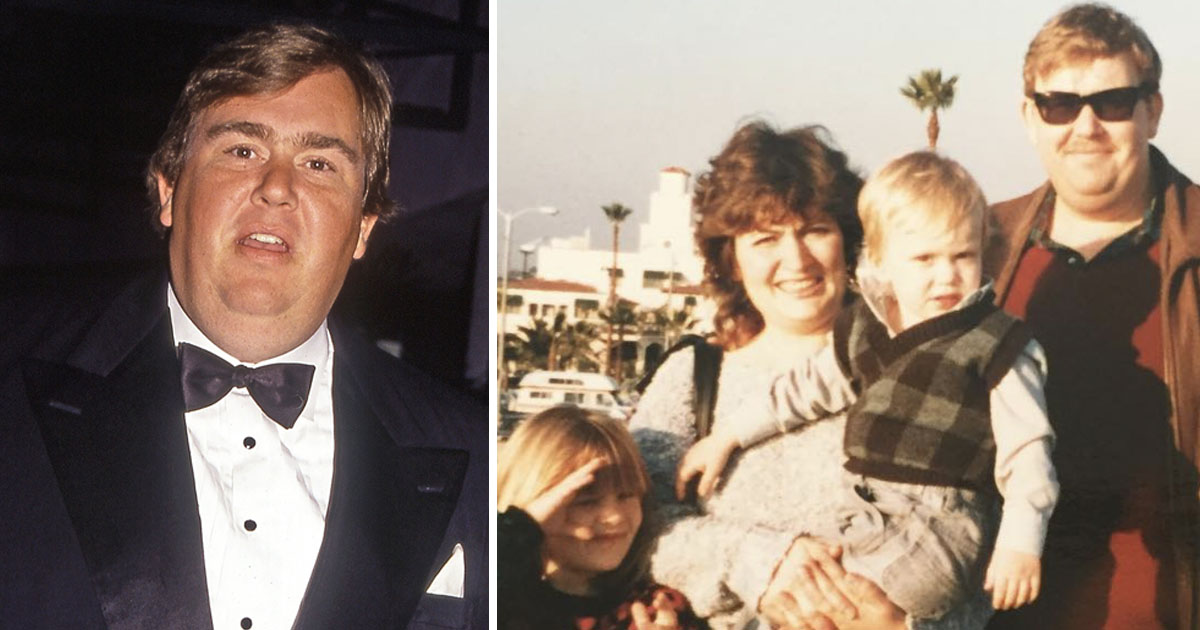 John Candy was a beloved actor. When the iconic actor passed, thousands around the world mourned the loss of the comedic actor who lit up screens for a big part of his life!

John Candy was not just an actor but also someone who was conscientious about helping those around him. The beloved actor was also a father of two and a doting husband, unfortunately, he was not able to see his children grow up as he died fairly young.

Candy was born in Canada and lost his dad when he was young himself. Before setting his sights on an acting career, Candy was on his way to becoming a football player before an injury halted his career. After his injury, he decided to pursue a career in acting and journalism instead.

After he decided to become an actor, he was incredibly successful. His filmography is very impressive with titles such as, “Splash,” “Planes, Trains & Automobiles,” “Uncle Buck,” “Home Alone,” “JFK,” “Cool Runnings,” and “Wagons East.”

Once his career in show business was working out well, the actor decidedly focused on his love life. He was set up on a blind date with Rosemary Margaret Harbor. After the date, he sought her help with writing a script; something she had no experience with.

Soon after their first date, the couple married in 1979 and were together till Candy’s death.

She was a solid presence in her husband’s life, always giving him the support he needed with his work. As much as Candy worked on his craft, he famously never watched any of his performances back even if just to review his work.

He never went to premieres either. His only source of fan reaction was his wife attending movie screenings on his behalf and narrating the fans’ reactions to him later on.

Following her husband’s death, she focused on her career as a ceramics expert. She has a studio based in her native home of California.

As for her children with John Candy, both of them followed in their father’s footsteps and ventured into the world of show business.

Their daughter Jennifer Candy describes herself as an “actor and artist.” She is a mother to a young boy named Finley and has an active Instagram profile with thousands of avid followers.

Her brother Christopher Candy is not as popular on Instagram but also has a similar career. He describes his career as playing music and acting.

Since their father passed away when he was just 43 years old, the two children were not able to spend a lot of time with their father since they were fairly young when he passed.

However, through the study of his work as an actor, and an innate talent they found within themselves, they were able to carve our fairly successful careers in Hollywood.

The two have not been shy to admit they have on occasion used their famous last names to land a few roles.

While they do admit to it, they know this is not the only reason they land roles. They also have a lot of merit as actors and also look just like their late father. Christopher talked about how he has been confused about his father’s younger brother because of the incredible resemblance he bears to him.

His sister is also often recognized immediately because of her looks which are said to be just like the female version of John Candy.

After his passing, there were a lot of speculations as to what caused his death. Years later, his children have opened up about what their father had gone through in terms of his struggles with his weight.

They said that even as their father was alive, he was relentlessly attacked by critics about his weight and health. However, their father himself was well aware that he was overweight and was consciously making an effort to combat it.

His father told his children about his family’s history with weight issues and how it claimed the lives of both his father and brother fairly early on as a result.

He employed personal trainers and dieticians to help him manage his weight as well.

In 1994, when Candy was filming his last project “Wagons East,” before his demise, his children recall that their father was not his usual self. They said their usually jovial father looked very tired during filming.

His daughter at the time was 14 years old and his son was 9 years old, they recall the last words their father said to them were, “I love you,” which at the time Jennifer did not give much weight to.

Now she says, she fully acknowledges this as their last interaction.

His children today, are actively trying to honor their father’s memory. His children say the actor put some of his real traits and tendencies into the characters he was playing. They remember him as an astute businessman with a heart of gold as he always made sure to support charities.

“He was constantly working with some sort of charity…He liked to make people laugh and feel good. And with certain kinds of charity work, especially with kids, he could do that, and that made him feel good,” Jennifer said in an interview.

She further added, “My dad loved bringing home animals, and my mom was such a trooper because she is allergic to dogs and cats…We had cows.”

His children still think their father is still here and keep his memory alive as much as they can.

John Candy is sorely missed by fans and family even today.

Share this article with your friends and family to remind them of what an absolute gem John Candy was.