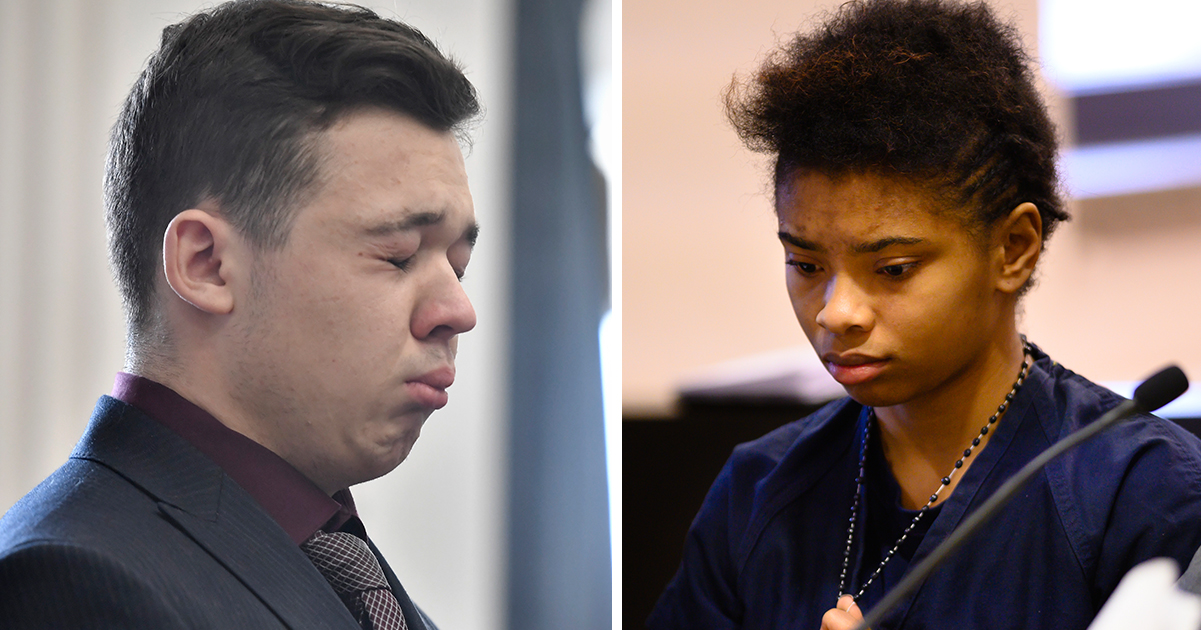 After the results of Kyle Rittenhouse’s trial, people are calling for the release of a black teen who was charged with killing an alleged child sex trafficker in 2018.

As per reports, Chrystul Kizer was just 17 years of age when she was charged with first-degree intentional homicide after the shooting of Randall Volar, a man from Kenosha – incidentally the same place the aforementioned Rittenhouse shot and killed two people and injured a third.

Volar, 34, was alleged to have filmed the abuse of girls under the age of consent – Kizer among them – and was in the process of being investigated by the Kenosha Police for child sex trafficking offenses.

Volar met Kizer when she was just 16 years old, after which reports allege he then abused her for a year.

The 34-year-old had been arrested by police and was out on bail at the time of his death. According to Kizer, herself, she shot her abuser in the head as he tried to pin her to the floor. She also stands accused of setting fire to Volar’s property and stealing his car to flee to Milwaukee.

Kizer was thereafter apprehended by the authorities and charged with first-degree intentional homicide and arson. She spent two years in jail before a group raised the money to pay her bond – which stood at $400,000 – in June of 2020.

Kizer appeared in court again in June 2021, when prosecutors attempted to appeal a ruling made by the state District II Court of Appeals that determined she can use a defence used by sex trafficking victims at trial if she can provide evidence that her actions were directly linked to the trafficking she experienced.

If she can indeed prove that, then her defense could look similar to the one used recently by Kyle Rittenhouse. Rittenhouse’s defense was built upon the claim that he acted in self-defense after driving across state lines and shooting three people, killing two, in the midst of rioting in Kenosha.

Rittenhouse, 18, shot dead Joseph Rosenbaum, 36, and Anthony Huber, 26, while injuring Gaige Grosskreutz, 27, during said protests, which unfolded after the shooting of Jacob Blake by police.

At the weekend the teenager was declared not guilty on all charges, sparking controversy and hot debate across the US and beyond.

In the aftermath of Rittenhouse’s trial, people are calling for freedom for Kizer, who is facing a life sentence in prison if she’s convicted of first-degree intentional homicide. A trial date for her case has yet to be set.

What do you think about the case surrounding Chrystul Kizer? Do you think she really deserves to be sent to jail?

Meanwhile, let us know what you think about the verdict in Kyle Rittenhouse’s trial. Did the jury make the right decision in letting him off the hook?

Share this article to keep your friends and family informed!