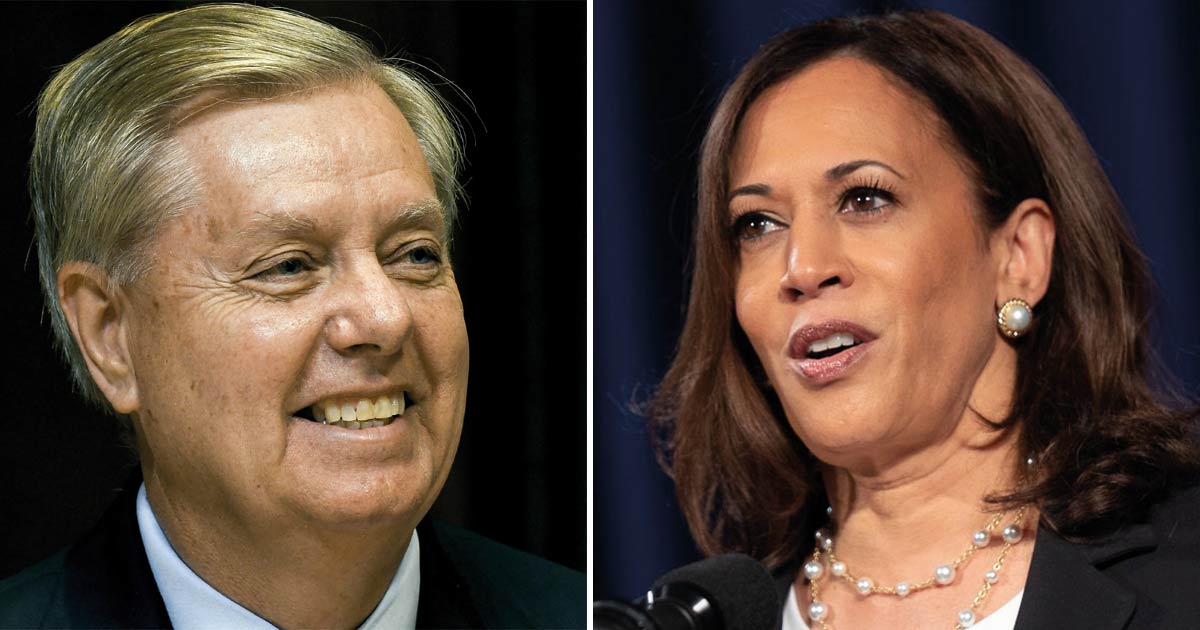 Following the acquittal of Trump in his second impeachment trial Graham said if Republicans win the House of Representatives in next year’s midterm election Harris could face impeachment for her involvement during the Black Lives Matter protests over the summer.

The South Carolina Republican said Harris’ support for a fund that bailed out protesters over the summer could leave her open to the same punishment.

“If you use this model, I don’t know how Kamala Harris doesn’t get impeached if the Republicans take over the House, because she actually bailed out rioters and one of the rioters went back to the streets and broke somebody’s head open. So we’ve opened Pandora’s Box here and I’m sad for the country,” Graham told Fox News Sunday, as per the New York Post.

Senator Lindsey Graham’s comments relate to Kamala Harris’ support of the Minnesota Freedom Fund, which was posting bail for people arrested during the George Floyd protests.

She tweeted her support for the fund, which helps those who cannot afford to post bail and immigration bonds, before she became Joe Biden’s running mate.

“If you’re able to, chip in now to the​ ​@MNFreedomFund​ ​to help post bail for those protesting on the ground in Minnesota.”

Since then, several reports have said the Minnesota Freedom Fund helped release rape and murder subjects from jail while they were awaiting trial.

The goal of the organization is to release persons awaiting trial “as we seek to end discriminatory, coercive, and oppressive jailing”, according to the Daily Mail.

‘Without an ability to confront’

Graham also told Chris Wallace on Fox News, that he didn’t agree with how fast the House impeached Trump following the Capitol riot.

“He is the first president to ever be impeached without a lawyer, without a witness, without an ability to confront those against him and the trial record was a complete joke, hearsay upon hearsay and we’ve opened Pandora’s box to future presidents,” Graham said, as per the New York Post.

He also said he believes the Democrats did it because they ´hate Trump’s guts’.

In an interview with Sean Hannity on Fox News, earlier in February, Graham also argued for the chance of impeaching Kamala Harris, when he ​tried to discourage Democrats from calling witnesses in Trump’s impeachment trial.

“If you’re going to pursue this, and you want to start calling witnesses, and you want to drag this thing out, it would be fair to have Kamala Harris’ tape play where she bailed people out of jail,” Graham said.

According to The Washington Post, few of the protesters actually needed assistance from the Minnesota Freedom Fund, and around 92 percent of the people charged during the protests weren’t required to post bail.

What do you think about this? Let us know your opinion in the comments box.