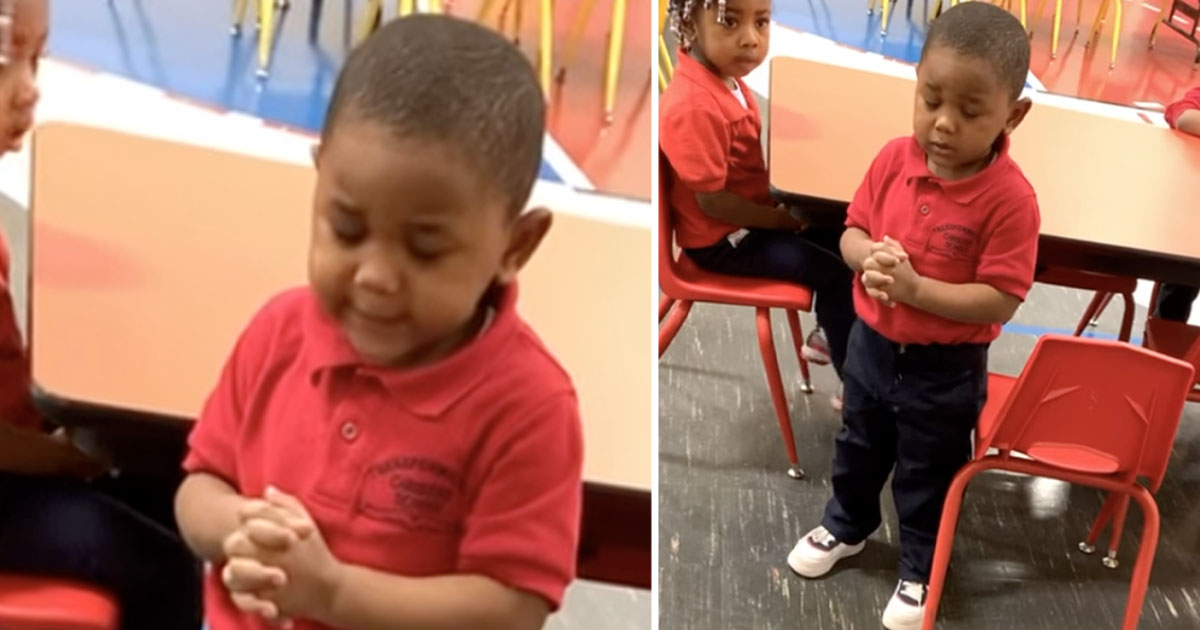 It is a well-known fact that little children emulate whatever they see. And by looking at the actions of this child, it is clear this little boy has been around those who pray with the utmost devotion.

A video of a little boy went viral a while ago because of how adorable he is when he is praying. The little guy exercised his right to freedom of religion and stood up in his classroom suddenly.

He then closed his eyes and brought his hands together to pray. Makhi Martin is a three-year-old from Missouri and he led his Pre-K class in prayer.

The little boy closes his eyes and while not clear in his speech yet, makes an impassioned prayer for the meal he and his class fellows are about to receive.

He begins the prayer by saying “Father God,” and continues on, mentioning in the end that all boys and girls around the world are blessed.

The teacher is recording the video and can clearly be heard overcome with emotion as she watches the little boy make the prayer from memory. Clearly, his parents have been keeping the practice of praying before they have their meals.

As he prays, the entire class along with the teacher repeats the prayer after him, which makes it all the sweeter.

The video of the toddler was uploaded to YouTube and immediately went viral with millions of views so far. It has over 400,000 likes and many comments appreciating the little boy and his prayer.

The prayer surfaced on the internet right before the coronavirus pandemic hit. It made rounds on the internet in January 2020, when no one knew what the year would bring.

Prayer is needed more than ever today as people suffer all around the world. We need more sweet people like Makhi Martin to pray for everyone and care about the well-being of others.

Share this adorable video of this little boy praying right before lunchtime to put a smile on your friends and family’s faces.