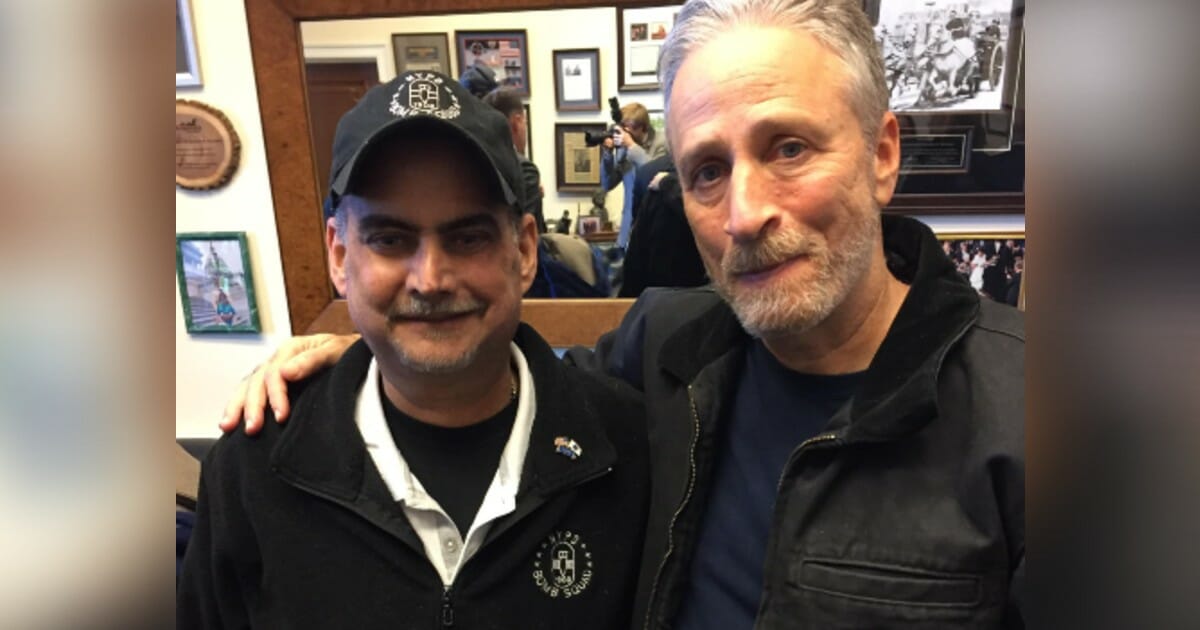 When Jon Stewart made headlines for slamming lawmakers for not doing their job in protecting 9/11 victims, there was one man whose fight for his life was so heartbreaking it was hard not to listen to his testimony without shedding a tear.

Luis Alvarez, 53, sat before a House subcommittee and shared his painful story in hopes that lawmakers would see how much he and other 9/11 victims still need help.

On September 11, 2011, Luis Alvarez, a retired NYPD detective, rushed to the scene in Lower Manhattan to help search for victims. He continued to return to Ground Zero for weeks after the terrorist attack.

He retired from the NYPD in 2010 and began a job with Homeland Security, according to the New York Daily News. But his career ended after a few years when he was diagnosed with colorectal cancer.

He was diagnosed with cancer on Father’s Day in 2016.

Since his cancer diagnosis, one of thousands of 9/11 related illnesses, Alvarez has received nearly 70 rounds of chemotherapy. He also had several surgeries to remove portions of his colon, gallbladder, and liver.

The day after he testified before the House Judiciary Committee he was scheduled to receive his 69th round of chemotherapy.

“I should not be here with you, but you made me come,” he said during his testimony. “I will not stand by as my friends with cancer from 9/11, like me, are valued less than anyone else.”

Unfortunately, one week after he testified in front of lawmakers, Alvarez shared heartbreaking news on Facebook.

“I’m still here and still fighting,” he wrote. When he went for his 69th round of chemo the nurse noticed he was disoriented. After a few tests they determined his liver wasn’t functioning.

Hello everyone, “I’m still here and still fighting.” I just wanted to let you know, what is going on with me. Since you…

“So now I’m resting and I’m at peace,” he wrote. “I will continue to fight until the Good Lord decides it’s time.”

The 9/11 first responder explained how he was fortunate enough to be able to endure so many rounds of chemotherapy when so many others have not.

The endless chemo — as brutal as it has been — has bought him time with his family that many other stricken first responders weren’t able to get.

While 68 rounds of chemotherapy sounds extreme, it’s not completely unheard of.

“It’s in the rare circumstance such as this that his oncologist probably feels that he is benefiting from the treatment and he’s tolerating it reasonably well and therefore he is continuing,” Dr. Nikhil Khushalani, an oncologist at the Moffitt Cancer Center in Tampa, Florida told TODAY.

Khushalani is not treating Alvarez.

Watch Alvarez’s entire testimony in the video below:

Alvarez’s cancer is currently in stage 4 and now that he’s in hospice it’s unclear how much time he has left.

The retired NYPD detective vowed to continue to speak out until the end because he wants to make sure others who are in similar positions get the help they need.