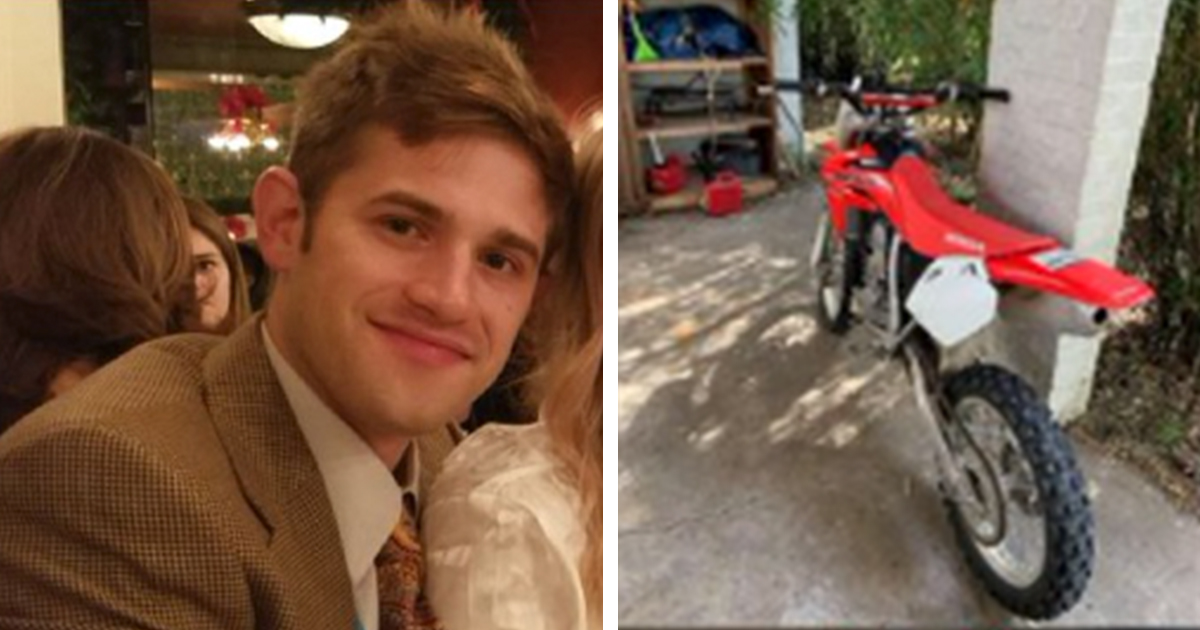 When Joseph Vindel went to meet a potential buyer of his dirt bike he was selling, he never returned.

The 29-year-old realtor had left his New Orleans home on Sunday morning to meet up with a man who he thought wanted to buy his dirt bike.

Joseph had listed his bike on Facebook Marketplace for $2,700 and had arranged a meeting with Jalen Harvey where he planned to sell his bike.

“Mr. Vindel never returned from that transaction,” Jefferson Parish Sheriff Joe Lopinto said at a press conference, as per the New York Post.

Police said Vindel was shot while he was sitting in his SUV, and then Harvey allegedly drove the vehicle with the dirt bike on a trailer to New Orleans’ Garden District, according to People.

“When he entered the vehicle, the victim was in the front seat and at one point he pushed him in the back seat so he could drive the vehicle properly,” Jefferson Parish Sheriff’s Office Captain Jason Rivarde told People. “He drove it 20 minutes away.”

Rivarde says Harvey dumped the car with Vindel inside and then drove the dirt bike back to his home.

Detectives found messages between Vindel and Harvey talking about the bike sale.

Lindsey Vindel couldn’t believe his son was killed over a dirt bike.

“He was loved by everyone and didn’t deserve this,” the distraught father told WWL-TV.

Joseph Vindel’s friend Michael Harper told ABC News: “Joey is a really good dude. Just a positive guy. When you think of Joey, there will always be something that makes you laugh and smile.”

Harvey was arrested Monday and faces a first-degree murder charge.

Such a shocking and horrific case and my heart goes out to Joseph’s family and friends. Rest in peace.