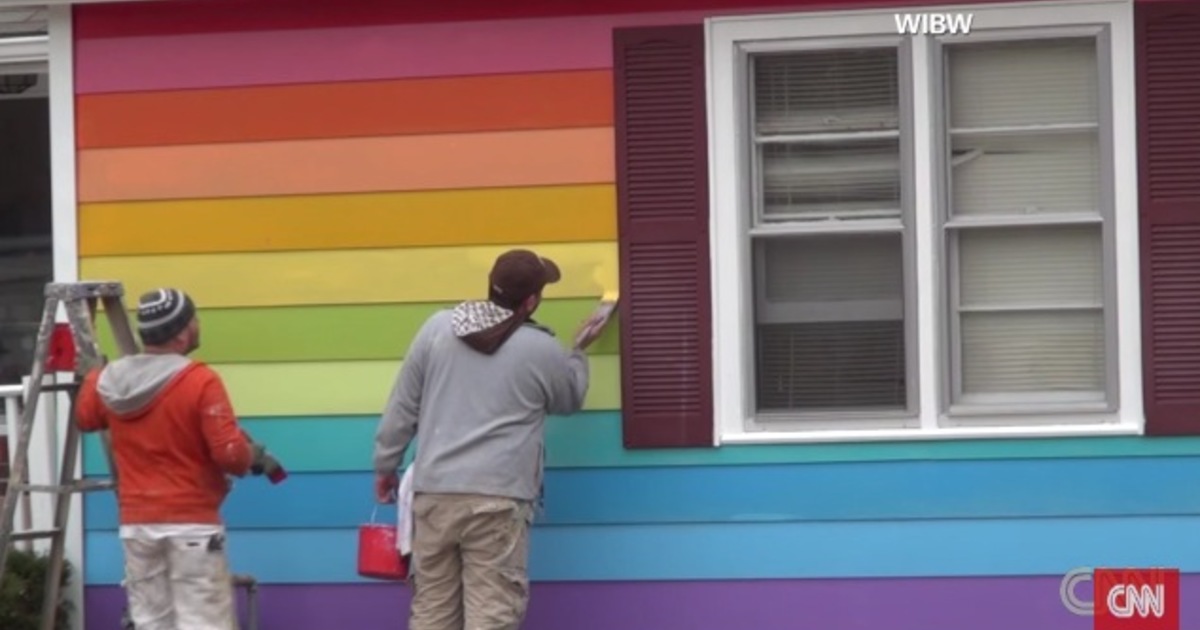 Aaron Jackson is someone who strives to counter hatred. And as part of his work, the environment and human rights activist advocates for LGBT youth and raises awareness about the thousands of children who commit suicide due to bullying.

And as part of this, Jackson came up with a smart idea back in 2013—when he found out that there was a house for sale across the street from the headquarters of the Westboro Baptist Church, the congregation that’s become known for its hate propaganda against LGBT people, Jews, Christians, and Muslims.

Aaron Jackson’s organization, Planting Peace, bought the house in Topeka, Kansas for $81,000. The idea was to run anti-bullying campaigns out of the house that came to be known as the “Equality House.”

Once Planting Peace bought the house, Aaron decided to paint the house the colors of the rainbow pride flag as a nod to the hateful church across the street.

But it was difficult to find a painter for the controversial work until a military veteran and a willing contractor signed on for the job.

Now, the house is like a thorn in the church’s side, but Aaron Jackson says he didn’t paint the house in order to offend anyone. He painted it the colors of the rainbow to show that love conquers hate.

Even today, the colors of pride can be seen from the Westboro Baptist Church’s windows.

Newsner stands for equality of all people—regardless of gender, ethnicity, functionality, religion, age, sexual orientation or gender identity. Share if you do, too!