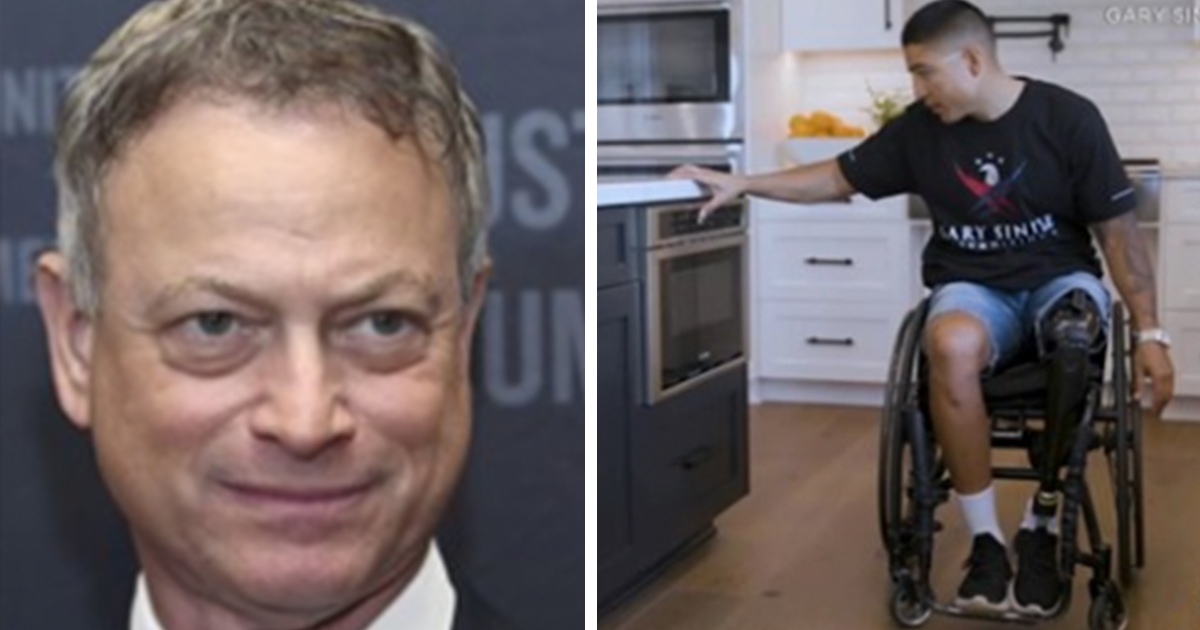 Josue Barron joined the Marine Corps when he was 17 years old; coming from a single-parent family he said it became the role model that he needed.

The father of three from Temecula, California said he knew what he was getting himself into joining the Marine Corps.

“I didn’t have a dad, so the Marine Corps became my father. There was discipline, so I feel like it became that role model that I needed to become who I wanted to become,” he said, as per ABC7 News.

But what he didn’t expect was the tragedy that happened in 2010 when an IED exploded while Barron was on his second deployment in Afghanistan, causing him to lose his left leg and left eye.

“I knew exactly what I was getting myself into. I knew what I wanted. One thing I didn’t know was, I didn’t expect to lose a limb,” he said.

Barron, a recipient of the Purple Heart, now has to use a prosthetic leg and is in pain all the time.

“Walking on your prosthetic is pain daily. You’re in constant pain, and people will never see that. They just see somebody walking on a prosthetic,” he said. “When I come home, I want to sit down in that wheelchair and relax.”

He’s thankful for the strong women around him.

“My wife became my main support system. My mom was there. So I had two strong women with me every step of the way,” he said.

Now the Gary Sinise Foundation has given Barron the gift of a specially-adapted house to make his life easier.

Since 1994, The Forrest Gump star’s foundation has donated millions of dollars to soldiers, veterans, first responders, and their families, including 67 specially adapted smart homes for our severely wounded heroes.

“We go through a rigorous deep dive into their qualifications,” Elizabeth Fields, CEO of the Gary Sinise Foundation said of the selection process. “At some point, it’s up to Gary to make his final approval.”

Barron even got a call from the Hollywood star himself to tell him he’d been accepted for the home.

“Living in a house that is not accessible to you, you’re challenged every single day to do the daily activities that normal people do,” he explained.

“Just being able to roll into the shower without jumping any obstacles, to be able to come home and have the whole house accessible to my wheelchair and me, it’s definitely going to change my life,” he said.

“They’re a lovely family, so deserving, he protected our freedom, and this is our way to say thank you,” Fields said.

Now Barron focuses on his passion for hand-cycling and completes 100 miles a week training for the Invictus Games.

What an incredible man! I’m so happy that he was chosen to receive one of these special homes. This foundation is doing amazing things for our heroes who have risked so much to protect us.