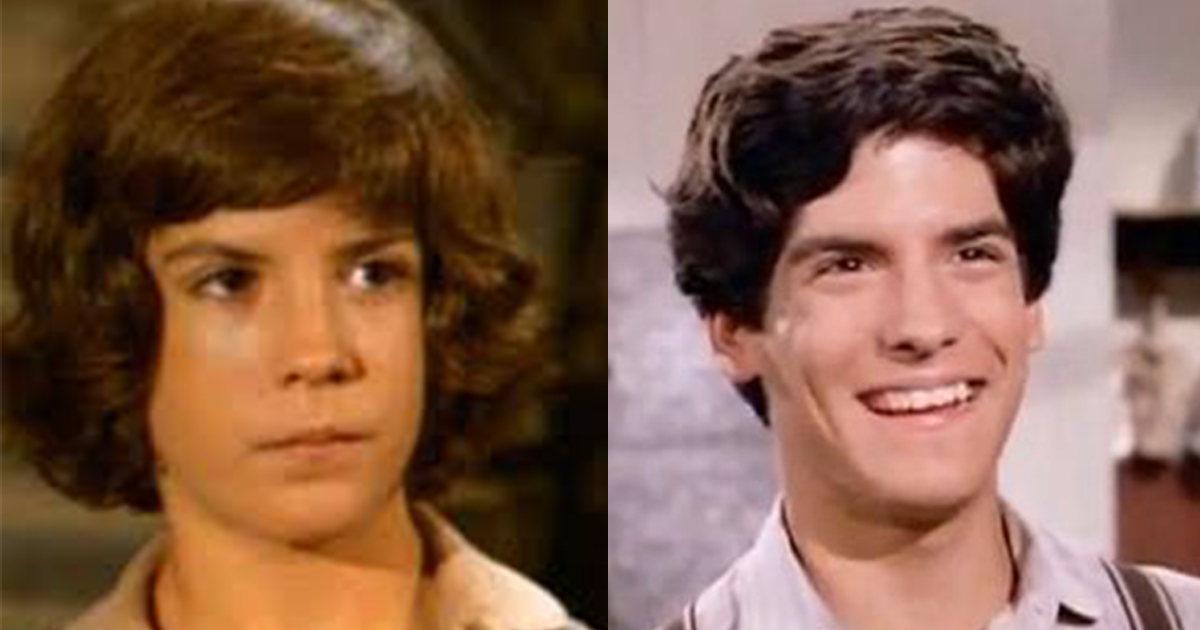 “Little House on the Prairie” was a beloved TV series that captured our hearts in the ’70s and ’80s and ran for 9 seasons.

Even today it’s winning new fans, thanks to reruns around the world. I think it’s because the themes of the series are so timeless.

It’s been 36 years since the last episode was recorded – but did you know that some of the actors still gather for reunions when they can?

I really liked most of the characters in “Little House on the Prairie” and one that I will never forget is Albert Quinn Ingalls, played by a young Matthew Labyorteaux.

To begin with, ”Albert” only made some guest appearances in two episodes – but the little boy would become a keystone of the series in 1978.

Matthew Labyorteaux was born in Los Angeles in 1966. And just like Albert, he was adopted. Actress Frances “Frankie” Marshall and talent agent Ronald Labyorteaux decided to take the infant in when he was only ten months old.

Didn’t walk until he was 3

Life began on a rather steep uphill for Matthew. He was born with a hole in his heart, didn’t walk until he was three years old, and didn’t speak until he was four.

“The adoption agency told us he had been born with a hole in his heart that would heal naturally,” his mom, Frankie, told PEOPLE.

”But they would never acknowledge he was also autistic. He slept standing up in his crib, and when anyone would try to pick him up he would scream and try to get away. I spent months on the floor with Matthew screaming and me holding him down telling him that no matter what he did I would love him.”

As a 4-year-old, Labyorteaux got a role in a commercial – his first job in front of the TV camera. His acting career took off from there and Labyorteaux would soon land his first dramatic role in the movie ”A Woman under the influence”, where he played one of Peter Falk and Gena Rowlands’ children.

Shortly afterward, he was cast and got his big breakthrough as “Albert Quinn Ingalls” – an orphan who is adopted in by the Ingalls family. In the series, Albert is a boy who is thrown back and forth between orphanages while growing up. He escaped many times and lived for himself before being found by Charles and Caroline Ingalls, who adopted him.

Albert’s exit from the series has eluded many TV viewers. In the 1983 made-for-TV movie ”Little House: Look Back to Yesterday”, Albert is diagnosed with leukemia. But did he die or not? That remains unclear to this date.

“He never officially died in the episode and I think maybe it’s kind of left up in the air to debate… but it was sort of an unspoken thing that we knew he was going to die,” the former child star said in an interview some years ago.

I don’t think I’m the only one who really thinks Albert made an everlasting impression, we watched him grow up on the show and all the troubles and turmoils he went through as a boy and a young man.

And it wasn’t just the TV audience who appreciated him – even the critics thought Matthew had something special.

“I’ve been acting since I was four, so I’m used to being around adults on movie and TV sets. Acting isn’t something I had to learn to like. It’s something I’ve done since I can remember, and I love to do it,” Matthew said in 1981.

He was twice nominated (1982 and 1983) for a Young Artists Award as Best Young Actor in a Drama Series.

After Little House, Matthew Labyorteaux appeared in many feature films, many people recognized him as “Paul Conway” in the American science fiction horror film Deadly Friend.

Matthew also had a big role in “Whiz Kids”, a tv series where he and his friends solved crimes by hacking into computer systems.

“Whiz Kids” was not that far from Matthew’s real life. From a young age, he was very interested in new technology and especially video games.

As a teenager, he made a name as one of the most talented video games played in the world. In 1981, he managed to finish 10th in open singles at the Atari world championships in Chicago. The year after that, he became the United States Pac-Man champion.

In 1992, Matthew retired from acting in front of the camera. Over the last decades, he’s been focusing on voice-acting and voice work for video-games, according to Promipool. For example, you can hear his voice in the new Netflix series ”The Girl and Her Robot – The Next Generation”.

Unfortunately, not much is known about Matthew’s private life and his family.

He holds on to his personal integrity and that must of course be respected – it’s not difficult to understand why given how long he was in the spotlight during his childhood.

Thank you for all the memories over the years and for the fantastic acting!

What is your favorite Albert moment? Please let me know in the comment section!