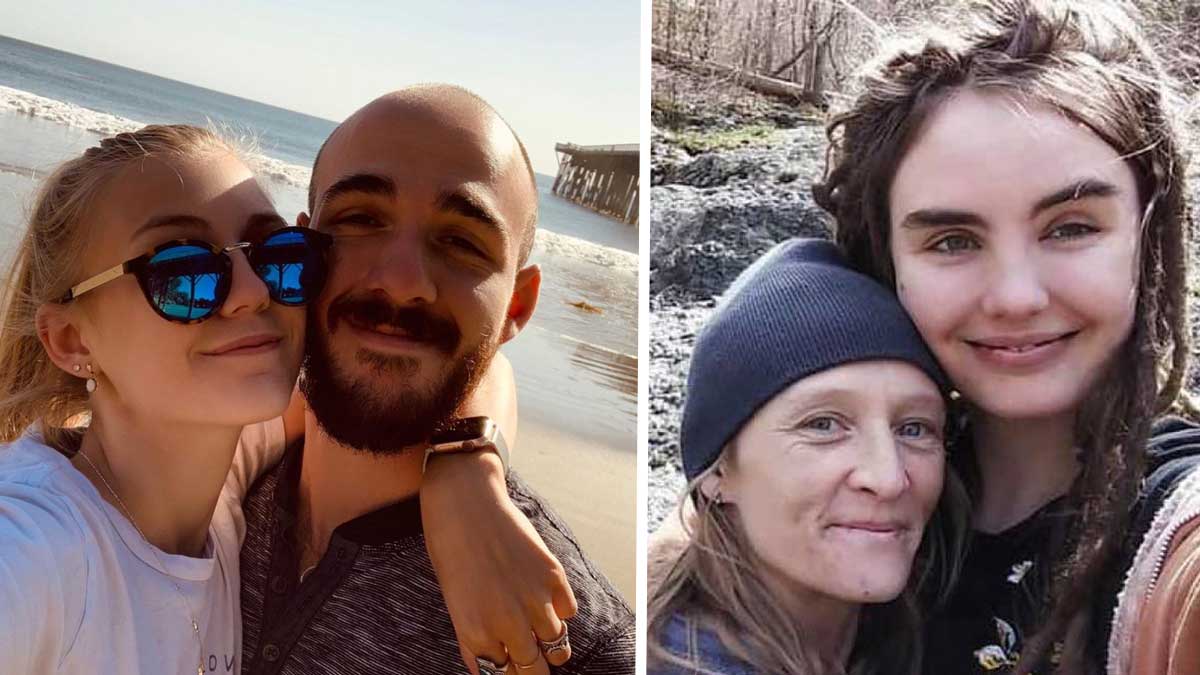 Gabby Petito and Brian Laundrie were seen outside a food co-op arguing two weeks before Gabby was last seen in person, according to police documents.

The young couple were seen by a witness outside Moonflower Community Cooperative where 23-year-old Brian Laundrie was “observed to have assaulted the female,” outside the store in Moab, Utah.

Police were called following the incident and later stopped the couple in the van they were traveling in, which apparently hit a curb.

Body camera video from Utah police shows officers talking to the couple for over an hour with Gabby sitting in the back of the patrol car, the 22-year-old is crying during the entire encounter.

In another part of the video, Gabby told the officer she was apologizing to Brian for being mean earlier, saying they were fighting “all morning.”

“I have really bad OCD. I was just cleaning and straightening up…I’m sorry that I’m so mean,” she says, “because sometimes I have OCD and sometimes I get so frustrated.”

Officers observed scratches on Brian’s face and arms, and during questioning Gabby she said she had no intent to harm Brian.

The couple left for a cross-country trip in July, but Brian later returned to the Florida home they shared in the Ford Transit van they were traveling in without her.

Gabby was last known to be in Wyoming’s Grand Teton National Park. Her family reported her missing on September 11 after not hearing from her in 13 days.

The officers stopped the couple near Arches National Park, the location of one of Gabrielle’s last social media posts before she went missing.

No charges were filed following the couple’s spat and the pair agreed to spend the night apart to “relax their emotions” — Gabby in their converted van, while cops booked Brian a hotel room, according to the New York Post citing police records.

Schulte and her wife Crystal Turner, 38, went missing after being seen at Moab pub Woody’s Tavern the next night, Aug. 13, when they complained to friends about a “creepy guy” near where they were camping, officials have said.

The couple told pals “if something happened to them, that they were murdered,” according to recently unsealed documents obtained by The Salt Lake Tribune.

They were found dead five days later at their campsite near Moab, both with gunshot wounds in their backs, sides and chests, the documents show.

The deaths of Schulte and Turner are still unsolved with investigators confirming Wednesday that they are “not ruling” out a possible link to Gabby Petito’s missing case.

“We’re looking at everything, I mean, anything and everything that was suspicious around that time or we’re not ruling anything out at this time,” a spokesman for Grand County Sheriff’s Office told Fox News.

The co-op had shared a Facebook post in August saying it was “heartbroken” over the “tragic passing of one of our dear employees, Kylen Schulte, as well as her wife,” who also used the name Crystal Beck.

“Kylen worked at Moonflower as a cashier (and amazing hat model) for the last four years and was often the first friendly face many of our owners and patrons encountered as they walked in the door,” the post said.

“Her genuine kindness, radiant energy, and tireless work ethic touched the lives of countless people and will be deeply missed by Moonflower and the Moab community,” said the co-op, which also held a candlelit vigil for the pair.

Two local businesses have each put up $10,000 rewards for help catching the couple’s killer, said the sheriff’s office.

The witness said Gabby and Brian had appeared to argue over a phone and she feared her fiancé was “going to leave her in Moab without a ride,” officer Daniel Robbins wrote in the report, as per the New York Post.

“Both the male and the female reported they are in love and engaged to be married and desperately didn’t wish to see anyone charged with a crime,” officer Eric Pratt wrote.

Brian is believed to be with his parents in Florida and has refused to talk to police about his missing fiancée’s whereabouts. He said through his lawyer on Tuesday they he would “remain in the background.”

Gabby’s family released a statement “begging” Brian and his family to not “remain in the background” but “to help find who Brian referred to as the love of his life.

“How does Brian stay in the background when he is the one person that knows where Gabby is located?”

I hope these cases are solved soon to help bring closure for the families. Those that know something that could help the police need to speak out, there are so many people hurting as a result of these cases.