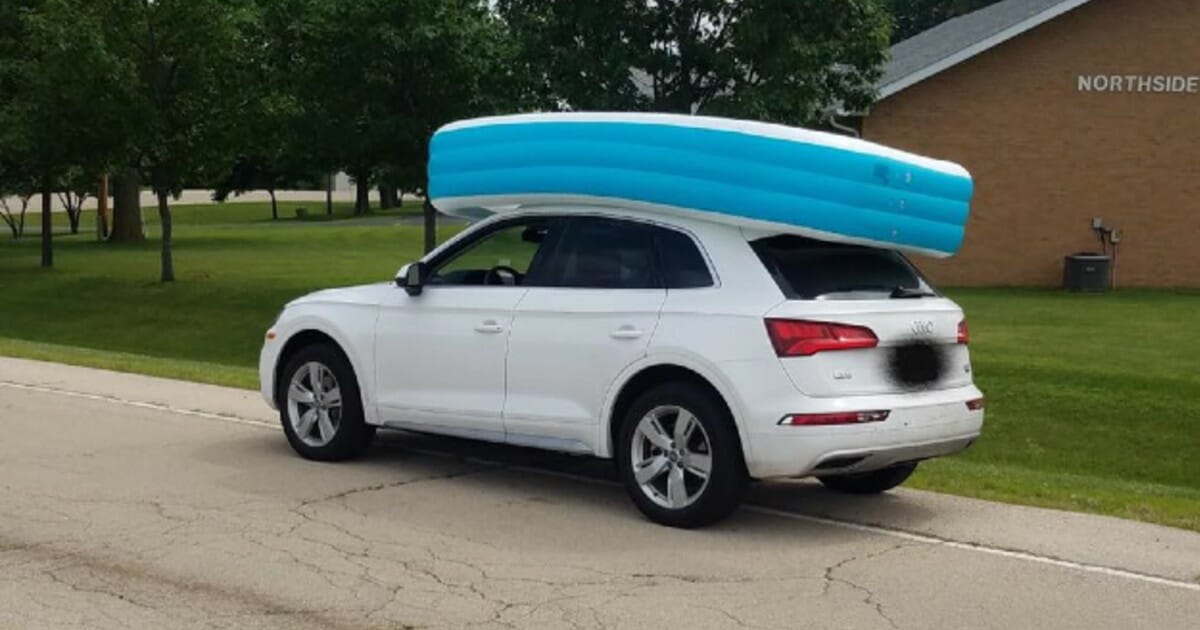 Police in Dixon, Illinois responded to a bizarre call from a concerned citizen on July 9. The resident called to report an SUV driving down the street with an inflatable pool on its roof.

And to make matters worse, there were two children inside the pool.

According to a press release, which the Dixon Police Department published on Facebook, officers observed 49-year-old Jennifer A. Janus Yeager driving an Audi Q5 down the street with an inflatable pool on the vehicle’s roof.

Officers conducted a traffic stop and learned that the woman drove to a friend’s house to inflate the swimming pool.

Once the pool was inflated she had her two daughters get in the pool, which was not filled with water, “to hold it down on their drive home.”

Jennifer was placed under arrest and charged with two counts of endangering the health or life of a child and two counts of reckless conduct. The 49-year-old mother also received a citation for failure to secure a passenger of the age of 8 and under the age of 16.

She was transported to the police department for processing, but later released after posting bond.

It’s hard to come up with anything to say about this. How does anyone think this is ok?