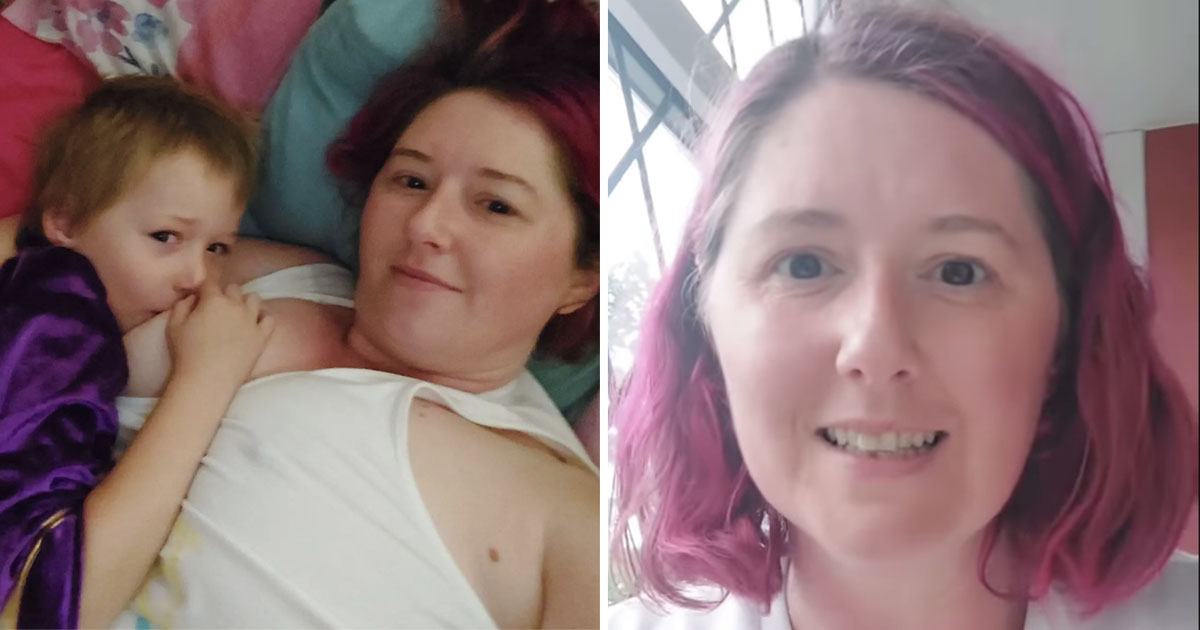 A woman breastfeeding a child is indeed a great way for her to bond with it. However, people have always argued about what the correct age is to wean a child off of breastmilk.

This mother of two thinks the child should decide when it is time to quit.

Sheryl Wynne a resident of West Yorkshire is someone who is promoting breastfeeding children beyond what is a socially acceptable age. She breastfeeds both her sons, who are of school-going age.

The way the decision came about for the 39-year-old mother of two was that she decided to involve her children in discussing when to wean them off of breastmilk.

In her head, she thought she would stop breastfeeding when her older son Riley turned three years old. When she told Riley about her plans and asked for his input, the toddler told her he would like to breastfeed till he was ten years old.

She initially refused to do that, telling the toddler “there’s no chance.”

Now Wynne would have it no other way. She says that it is a tool for comforting her children and that they immediately turn to her when they need comfort.

She believes it is completely normal to breastfeed her children even if they are 5 and 6-years-old and well past their toddler stages. She thinks the act has helped make her closer to her children.

She said, “They want to be with me and snuggle with me even when they aren’t breastfeeding.”

Wynne shared that strangers on the internet were much more accepting of her breastfeeding her boys than her own family. She said family and friends claimed her sons were acting unusually because of it.

To this Wynne said, “People think they’re experts in other people’s children, but I’m not doing it blindly even though I am following my instincts in many ways.”

She also says she sometimes says no to her children and tells them to “get off” if she does not feel like feeding them. But she always makes sure to consider their feelings and opinions in making her decision.

She says she even breastfed her children in public on several occasions. She breastfed them in school playgrounds and other public settings. She shared that she felt anxious during these incidents but did not want her children to feel that way either so she dug deep into herself and overcame her anxieties.

The reason for her insisting on breastfeeding both her sons was because of her bad experience with her older son Riley’s birth. She could not breastfeed him properly and carried feelings of guilt from that experience. So when she gave birth to Mylo, her younger son, she decided to try her hand at breastfeeding Riley again.

Wynne is now trying to set a new trend where mothers should be able to decide their own timeline on when they want to wean their children. This will help them to feel closer to their kids.

Wynne shares that people have tried to bring her down multiple times but she does not let it deter her. She is insistent on setting her own timeline with the input of her sons.

What do you think of Wynne’s decision to breastfeed her sons till they are possibly ten years old?

Share this story with your friends to know what they think too!