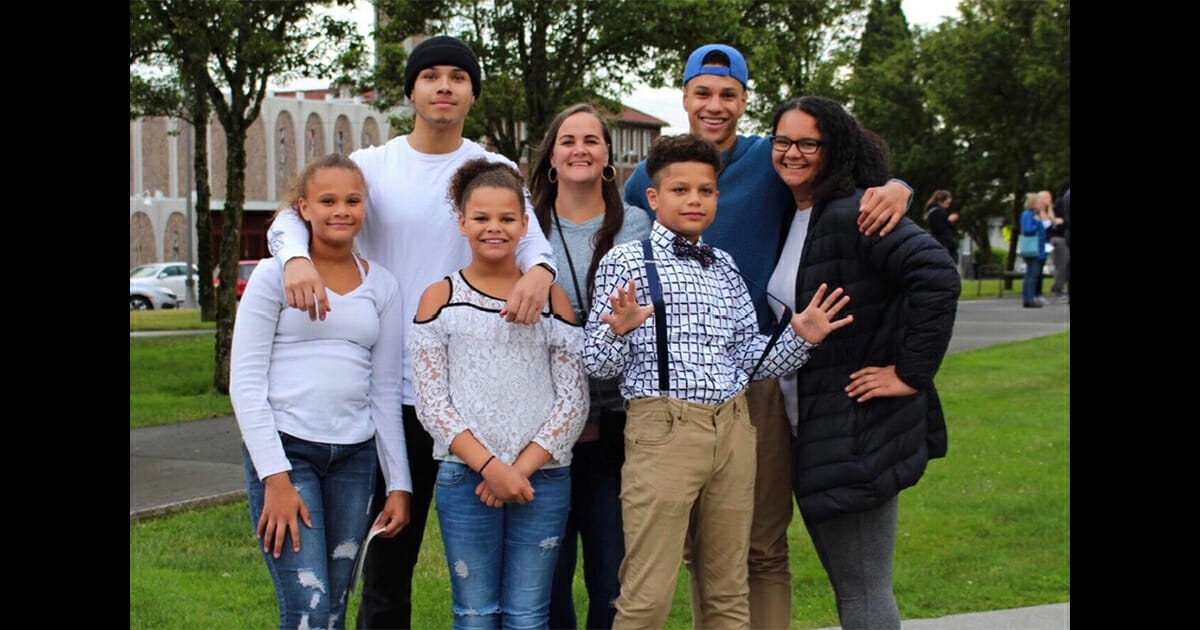 Another day, another tragic story of a life lost as a result of the coronavirus now sweeping across the world.

Sundee Rutter, a single mom-of-six and breast cancer survivor, fell ill a couple of weeks ago and was taken to hospital as a precaution. There, she received treatment and was discharged shortly after.

However, as per reports, she soon developed another fever and began to experience difficulty breathing. The 42-year-old’s son took her to the Providence Medical Center in Everett, Washington. She died there one week later.

Naturally, her family and friends have been left reeling by the turn of events.

Sundee was a mother of six children, her youngest still in middle school and her eldest in college. Since Rutter lost her husband a few years back, they have been left orphaned.

As per sources, Sundee believed she might have contracted the virus after falling ill the first time. Doctors didn’t agree, though.

According to Kutv, Harris explained: “The doctors told her she didn’t have it and she went and self-quarantined herself at home for four days.”

The mom tried to be extra cautious, knowing her immunity had been compromised by the cancer treatments she’d undergone. Even so, she was forced to go to work to make ends meet.

“Her children need somebody to help them because the oldest is going to be leaving college and trying to find housing so he can take care of his siblings,” Harris said.

“And that’s really tough. She was the kindest person you would ever meet. She was always there for everyone. And I will miss her.”

A GoFundMe page has been set up to help cover the costs of her funeral and provide some small measure of support for her six children.

The page reads: “Their beautiful mother, Sundee, fought a long, hard battle in the past year with breast cancer and survived! She continued to work at her job at Ross Dress for Less throughout her treatment as she was the sole provider for her six beautiful and amazing children.  Due to all the cancer treatments, Sundee didn’t have much left in the way of an immune system. Unfortunately and tragically, She contracted the coronavirus that is making the news lately. She fought valiantly until she could not fight anymore. She lost her battle on March 16, 2020. She is preceded in death by the father of her children.”

Latest reports show the U.S. has more than 13,000 cases of coronavirus, with the country braced for a storm to come.

Rest in peace, Sundee, it’s so unfair you were taken from the world after winning your fight with breast cancer. You will certainly be missed.

Share this article to send thoughts and prayers where they’re needed during this difficult time.