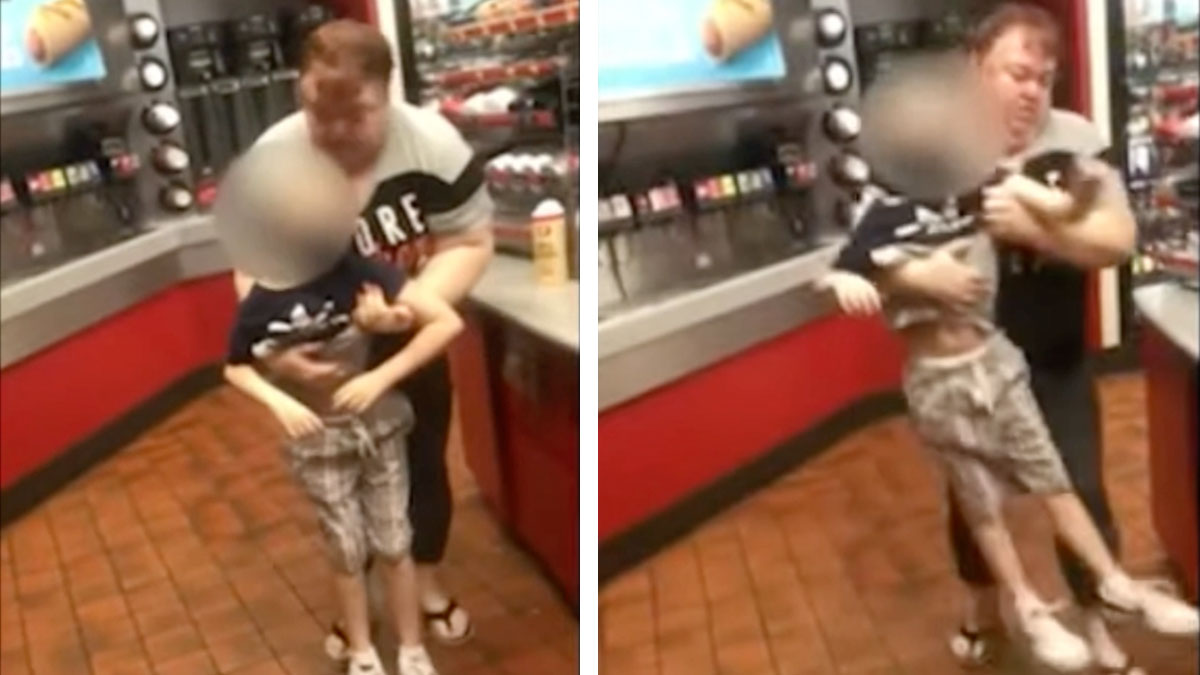 An Iowa mother has been charged with child endangerment and two counts of assault after witnesses caught her on camera abusing her 9-year-old son at a gas station Sunday.

The disturbing incident took place on September 12 at the Quick Trip on Hubbell Avenue in Des Moines, Iowa.

Rejanie Morris began yelling at her son, who has autism, before she threw him to the ground.

“The child is screaming for his life,” Michael Lomax, who was in the store at the time, said.

Witnesses stated that Morris began yelling at her young son, and that’s when Arkeya Quinn, Lomax’s fiancee, took out her phone to record.

At that moment Morris picked up her son and forcefully threw him on the ground.

“That’s when I came and I pushed her off like, get off him. You don’t do that to a child,” Quinn said.

Some may find the images in the video disturbing.

Another video captured Morris punching Quinn after she attempted to step in.

While police handled Morris, the couple who intervened stayed with the child.

“When she was in the back of the police car he was out playing with all the kids and it was like you could see a whole different person. You could see his spirit just lift up. He was happy. He was enjoying himself. It’s like he wasn’t fearing anything anymore because she just wasn’t there,” Quinn said.

The 9-year-old is currently in the care of DHS, according to KHQA.

How horrific! Thank you to Michael and Arkeya for stepping in and trying to stop this woman from further hurting her son.

I hope she receives the maximum punishment allowed.