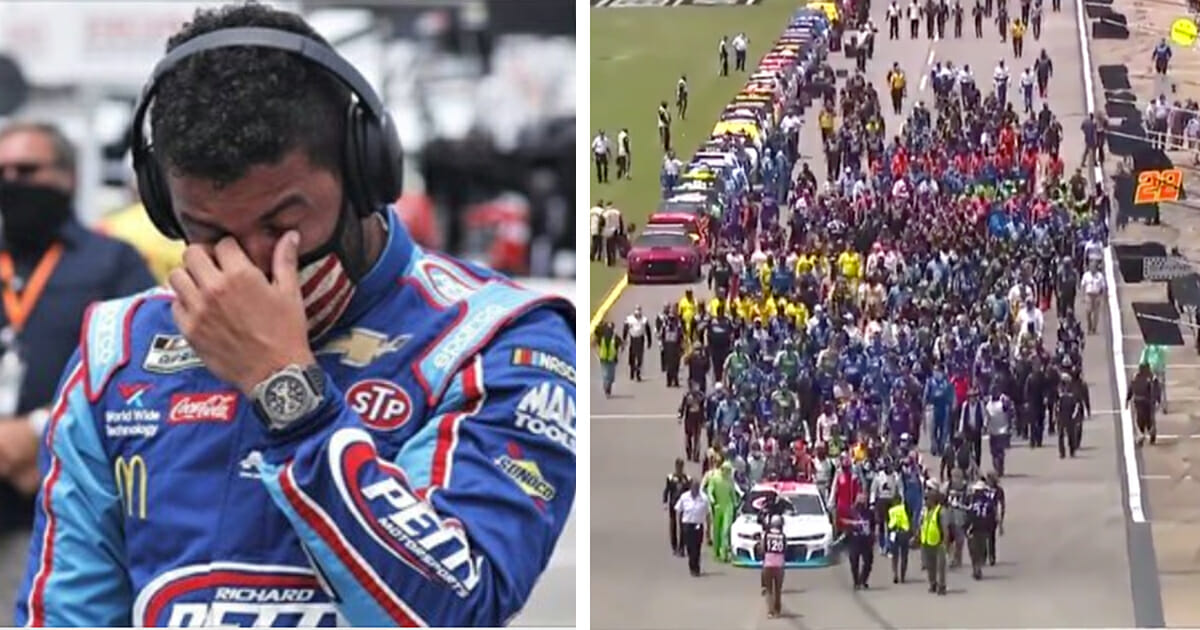 Fellow drivers escorted Bubba Wallace to the start of a race to show their support a day after a noose was found at his garage stall at Talladega Superspeedway.

Wallace, who is the sport’s only black driver, said he was “incredibly saddened” by the “despicable act of racism.”

Ahead of the Geico 500 event in Talladega, Alabama, drivers both current and retired came out in their support of Wallace and helped push his car to the starting lines.

The Justice Department and NASCAR officials are investigating the shocking find in Wallace’s garage stall, an area which is out of bounds to the public.

The incident happened less than two weeks after NASCAR banned the Confederate flag from its races and properties, a move Wallace had pressed for.

Wallace drove a car with the “Black Lives Matter” message in the first race which followed the ban.

NASCAR drivers and pit crew members walked alongside Wallace as he joined the start of the race and he hugged each driver before taking a selfie, sharing it on Twitter with the word “Together.”

The words “I stand with Bubba” were also painted on the grass at the track.

NASCAR legend Richard Petty, 82, also came out in support attending the event for the first time since the coronavirus crisis and said he was “enraged” by what had happened.

“The sick person who perpetrated this act must be found, exposed and swiftly and immediately expelled from NASCAR,” Petty said “I stand shoulder to shoulder with Bubba, yesterday, today, tomorrow and every day forward.”

Wallace, who finished 14th in the race, said to whoever committed the shocking racist act they would “not take away my smile.

“The deal that happened yesterday – sorry I’m not wearing my mask – I wanted to show whoever it was that you’re not gonna take away my smile. I’m going to keep on going,” he added, according to Business Insider.

Let’s share this story to show that we all stand with Bubba Wallace and that we condemn this despicable act. Let’s hope they find the person responsible.