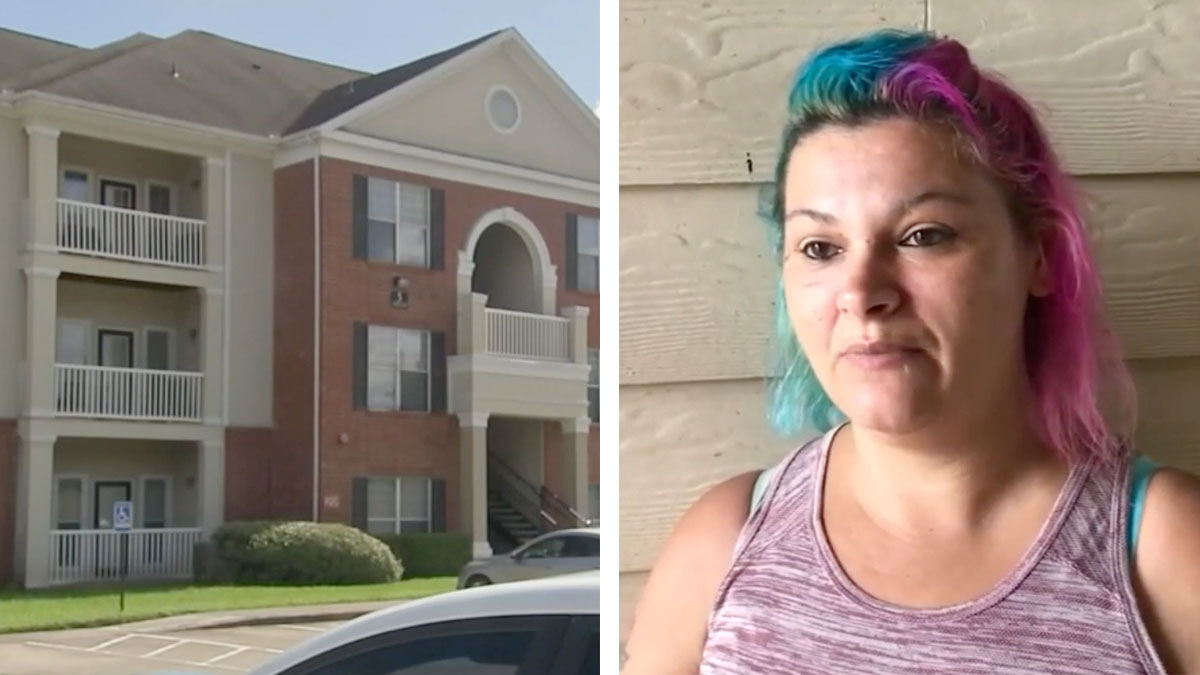 As the investigation continues, new details have emerged following the discovery of three abandoned children who had been living with the skeletal remains of their 9-year-old sibling.

Prior to calling police on Sunday, the 15-year-old texted his mother informing her he could not take it anymore, according to ABC13.

Neighbors have also begun to speak out and revealed even more startling news.

Erica Chapman, who also lives in the apartment, first noticed the 15-year-old several months ago.

“The first time I saw him, he was sleeping on one of the slides,” she said.

She said she started giving the boy food about six months ago when she noticed the teen’s mother was rarely home.

However, when the boy’s mother, who lived with her boyfriend in an apartment 15 minutes away, would come over, it was only for a short visit.

“She would come and park, and he would run down and grab noodles, drinks and chips and run back up,” she said.

While the teen accepted food from his neighbors, he only accepted certain kinds.

Trevor Thompson, another neighbor who also gave him food, said the boy was terrified of being poisoned and would only accept pre-packaged food.

Thompson suspected something was off when the teen came to his apartment and asked if he could charge his phone.

“I started offering him food because I knew he needed more than just a charger.”

However, he never knew the teen had any siblings until he asked the boy how he liked a pizza he recently bought him.

No one contacted police

Neither called police because they said they weren’t aware of the seriousness of the situation. The 15-year-old kept to himself, accepted their food, and didn’t answer many questions.

According to ABC13, truancy papers were filed against the children’s mother in 2019 and 2020 after two of her children didn’t show up for school. The children were last enrolled in school in May 2020.

All three boys were taken to the hospital where they were treated for being malnourished. The 7-year-old reportedly had facial fractures as well.

The mother of the children was located and interviewed. The Harris County Sheriff’s Office confirmed that she was later released.

The sheriff’s office is waiting for the results of an autopsy before filing any charges.