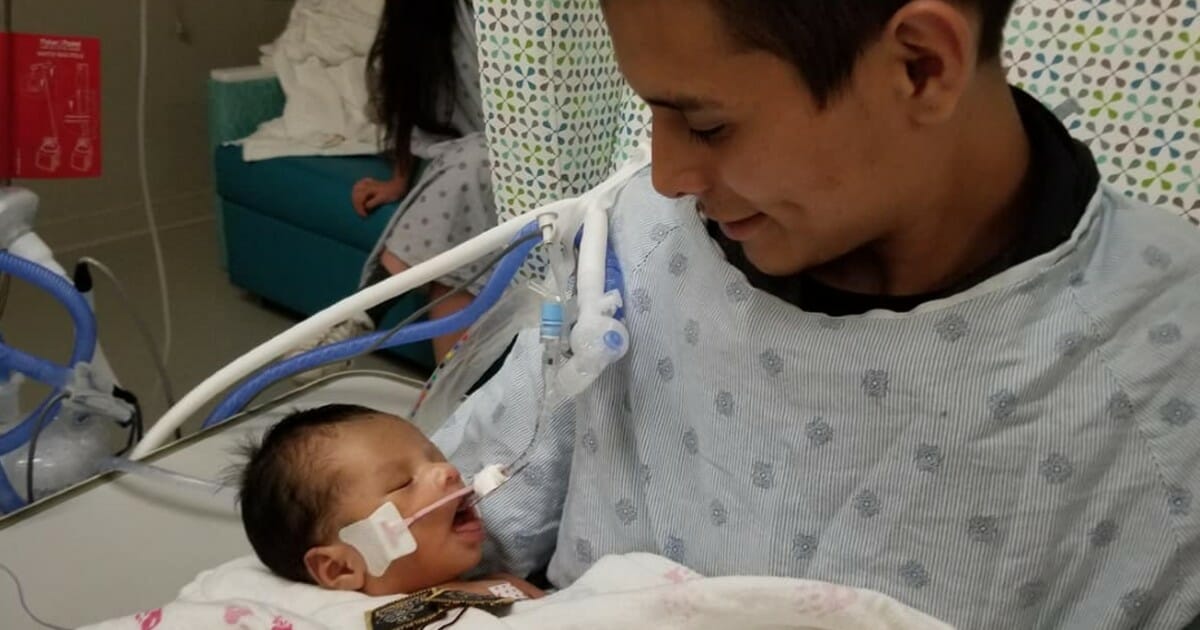 There’s an update to the tragic story of the murder of Marlen Ochoa-Lopez. Her son, who was forcibly removed from her womb, has opened his eyes for the first time.

According to the family’s spokesperson, Julie Contreras, the baby remains in critical condition and on life support, though a post on Facebook hints that the newborn have movement and “some” brain activity.

While the family continues to monitor Baby Jardiel’s progress, they are also questioning the hospital’s actions when the child was brought to them.

“You have a child who was born from brutality,” Contreras said. “He was ripped from his mother’s womb.”

The family met with hospital officials for several hours, discussing Yovanny’s condition and why the hospital didn’t work harder to figure out the baby’s birth mother. In a statement, the Cook County Sheriff’s Office said they would not investigate the hospital, but would consult with the Department of Children and Family Services to make sure the proper protocol was followed.

Clarisa Figueroa and her daughter Desiree Figueroa, are charged with Ochoa-Lopez’s murder and Clarisa’s boyfriend, Piotr Bobak, was charged with the concealment of a homicide.

Although Yovanny Jardiel still has a long, uncertain road to recovery, let’s celebrate his small victories.

Share this story and pray for his healing and his family.