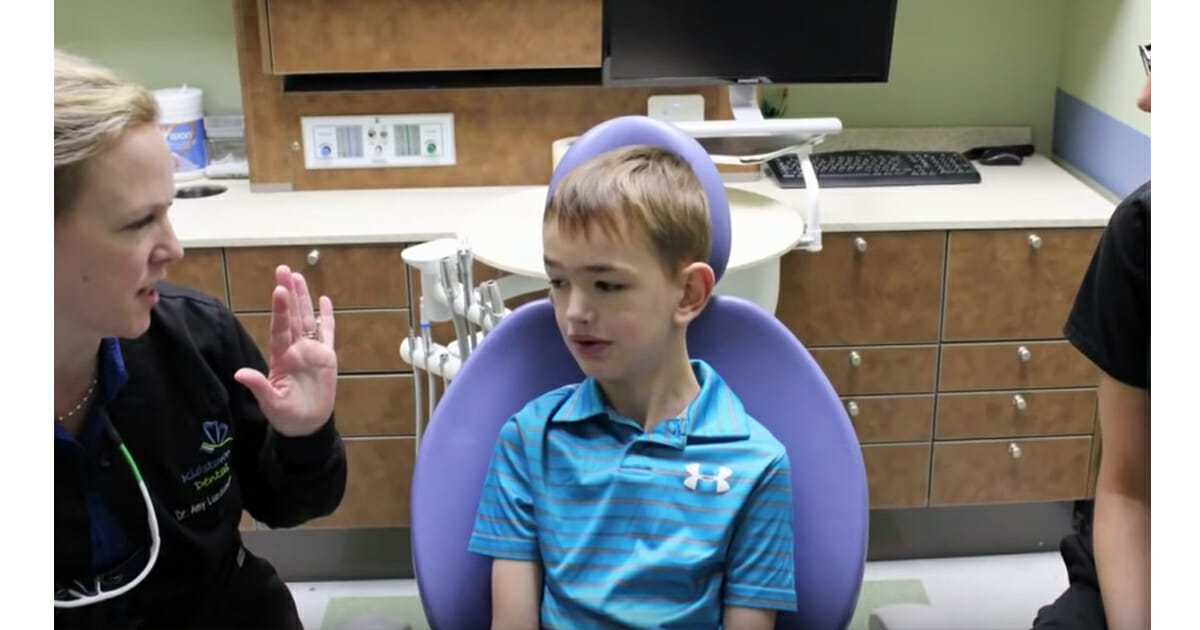 If you’ve ever raised a child, you’ll know just how difficult it is to keep them quiet once they learn how to talk.

Sadly, this was something Meredith Motz couldn’t relate to. At least not with her 6-year-old son Mason Motz.

You see, Mason could barely utter a word for the first five years of his life. He was born with Sotos syndrome, a genetic condition characterized by a distinctive facial appearance, learning disabilities and overgrowth during childhood.

As Meredith says: “Since birth, he’s had delays and issues.”

Over the first five years of his life, Mason’s struggles when it came to forming words left him desperately frustrated. His parents were heartbroken at the idea he’d never be able to communicate with them properly.

As per Yahoo, Meredith explained: “He’s been in speech therapy since he was a little over 1 year old. Sleeping was always stressful. He would stop breathing. He had trouble eating and swallowing; every single meal we would have to remove something that was choking him. He didn’t get the nutrition he needed. His teeth started having problems.”

Meredith and her partner tried a number of different dentists, though each visit was more trying than the last. The dentists she took Mason to had no experience when it came to children with special needs, so she wasn’t holding her breath when she took her son to see Dr. Amy Luedemann-Lazar at Kidstown Dental in Katy, Texas.

Yet, it was there, whilst Mason was sedated, that Dr. Luedemann-Lazar made a find that would change the little boy’s life forever.

“We did detect a tongue-tie,” she said. “Mason was not nonverbal; he was just unable to speak. He had been in speech therapy for years and no one had ever checked under his tongue.”

A tongue-tie is a condition one is born with, in which an usually short, thick or tight band of tissue connects the bottom of the tongue’s tip to the floor of the mouth. As a result, range of motion is hindered and speech becomes difficult.

Once Mason’s issue was detected, it was only a matter of time before it was fixed. Luedemann-Lazar performed non-invasive Waterlase laser treatment in April of last year (2017). After that, the situation changed quite rapidly.

“Within 12 hours, he was talking and it was amazing,” Motz said.

“It’s like night and day. He doesn’t have choking episodes anymore; he’s eating different types of food. He’s behaving much better at school.

“His behavior was a problem, because he was getting poor quality of sleep at night, he was constantly tired and was not able to express himself. He doesn’t snore anymore. He doesn’t have sleep apnea anymore.”

Luedemann-Lazar, meanwhile, urges parents to trust their instincts when it comes to their child’s well-being. Signs that a child may be suffering with a tied tongue include:

Mason is still in speech therapy, but he can now express himself in a way that was incomprehensible before.

We’re so happy Mason was able to get the help he needed from an unexpected source. All children deserve to be able to talk and laugh and sing, so it’s great that Mason’s been given the opportunity.

You can help us spread Dr. Amy Luedemann-Lazar’s message by sharing this article with your family and friends on Facebook.