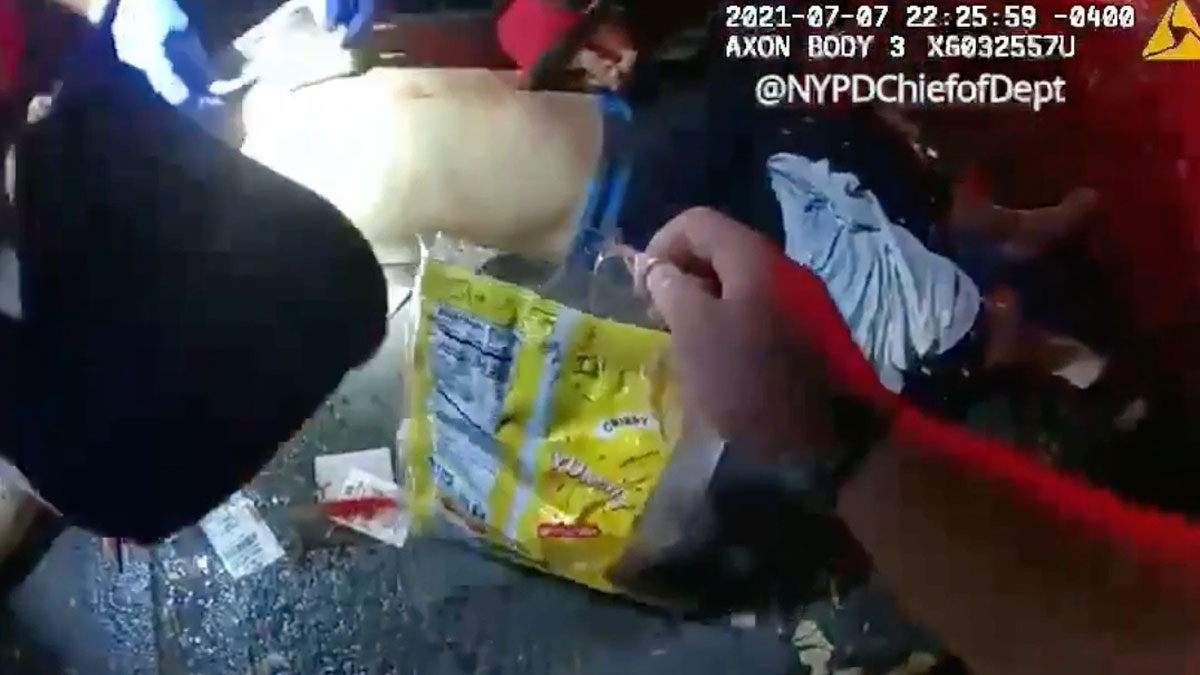 An NYPD officer is receiving praise for not just saving a stabbing victim’s life, but for how they did it.

When responding to a stabbing on July 7 in Harlem, Officer Ronald Kennedy used an empty chip bag and packing tape to save a man’s life.

Warning: some images in the video below may be graphic.

When Kennedy responded to a report of a stabbing, he had to use what was at his disposal.

While telling the 28-year-old victim to relax, Kennedy told a bystander to get him a bag of chips. The bystander returned with a bag of Lay’s.

The officer quickly opened the bag, dumping the chips on the ground, and then placing it on the victim’s chest, where he had been stabbed. Kennedy then asked for some tape.

Two others help the officer lay the victim on the ground so Kennedy can secure the bag across the man’s chest.

Paramedics arrive and take over.

NBC News reported that the victim was taken to the hospital in critical condition, and had it not been for Officer Kennedy he would not have survived.

Several days later, a 38-year-old was arrested in connection with the stabbing, but he was later released.

Thank you Officer Kennedy for your quick-thinking! Your ingenuity saved a man’s life.