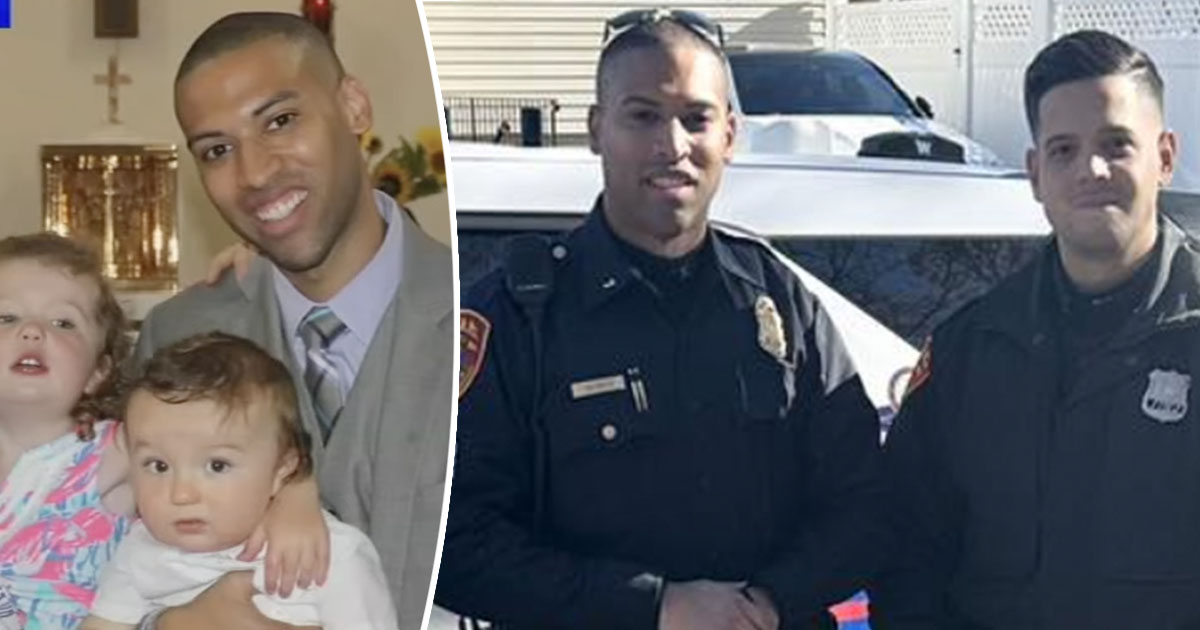 Being an officer, you often come face to face with peculiar situations. There might be times in their career when an officer has to assist someone in giving birth.

But for Sergeant Jon-Erik Negron from Suffolk County, it is an almost regular occurrence. And perhaps he has become a specialist in this situation!

On Saturday morning, Suffolk County officers Zachary Vormittag, Jadin Rodriguez, Conor Deimer, and Sgt. Jon-Erik Negron were all going about their work day as usual when they received a worrying call from a citizen.

A woman was giving birth in her living room; her baby was several weeks early. Baby Owen Anthony Maldonado was born in the living room of his home. While most officers at the scene assisted a citizen with a delivery for the first time, for Sergeant Negron, it was his fifth delivery!

In 2017, he was assisting a family with the third delivery of his police career. He helped save baby Bryce’s life when the infant stopped breathing after an umbilical cord was tied around his neck. Because of his heroic and timely actions, the family made him Bryce’s Godfather!

It was in the same year that sergeant Negron helped deliver a baby on the side of the road in Centereach assisted by another officer.

“I thought that my childbirth days were over when I became a sergeant this year and I guess the record lives on so we’ll see how many we can take it to,” Negron said about his record.

The officers shared that baby Owen’s delivery was perfect and made possible because of their ability to work together as a team. “It was a great experience, all of our training kicked in, we all played a big role,” Rodriguez said. “Everyone took over and we couldn’t have done it without each other,” he finished.

Baby Owen and his parents are safe and healthy at home! The new mother said even though she had not met the officers again, she was grateful for their help and fast response.

This is such a heartwarming story! We definitely love news like this where officers go beyond their duty for their citizens!

Share this heartwarming story with your friends and family to make their day too!