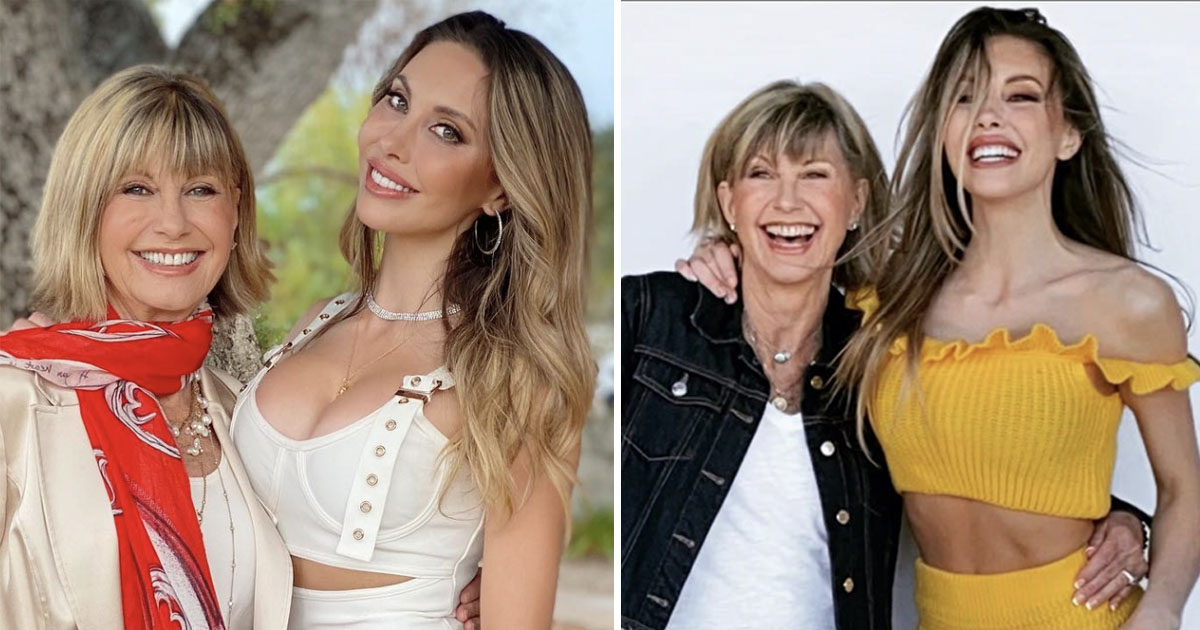 Olivia Newton-John was blessed with angelic vocal ability but not many people know that her daughter has a career in music as well. And of course, the two women collaborated on songs together.

After the passing of a musical legend and actress Olivia Newton-John was announced, the world went into despair at the loss of such a big talent. Understandably, her friends and family were all the more devastated.

Her daughter, Chloe Lattanzi was no exception. The Australian singer posted a picture of her and her mother sharing a sweet moment when back in the day, with no caption.

A day after her mother’s death, she re-uploaded a clip from their song “Window in the Wall” with a heartwarming caption, paying tribute to her late mother.

She wrote, “You are my lighthouse mama. My safe place. My heart space. It has been my honor and continues to be my honor to be your baby and best friend. You are an angel on earth and everyone touched by you has been blessed. I love you forever my life giver, my teacher, my mama.”

Chloe and Olivia Newton-John seemed to have shared a very special and close relationship. Both mother and daughter would often post about one another.

Earlier this summer. Chloe posted an image of her with her mother, with the caption, “Always and forever mama. I got you. I see you. I will walk with you to the ends of the earth no questions asked.”

Chloe followed in her mother’s footsteps with a career in music. The two women famously collaborated on a mother-daughter duet titled “Window in the Wall.” The song was released in 2021 and hoped to help people realize similarities are greater than differences with others.

The two women were incredibly excited to work with one another. After the release, Olivia Newton-John said, “I’ve always enjoyed singing duets more than singing on my own and when I first heard this song, I knew immediately that I wanted to sing it with my daughter Chloe,” said Olivia Newton-John. “The lyrics and melody really resonated with me and I hoped Chloe would feel the same way – and luckily she did!”

Her daughter felt similar enthusiasm, “When my mom played the song for me, I knew I wanted to record it. Not only because it was with my mom, but, I felt the lyrics and message might help people see things from another perspective,” Chloe Lattanzi shared.

The loss of Olivia Newton-John has hit a lot of people very hard. Our hearts go out to her friends and family.

Share this beautiful mother-daughter duet with friends and family.