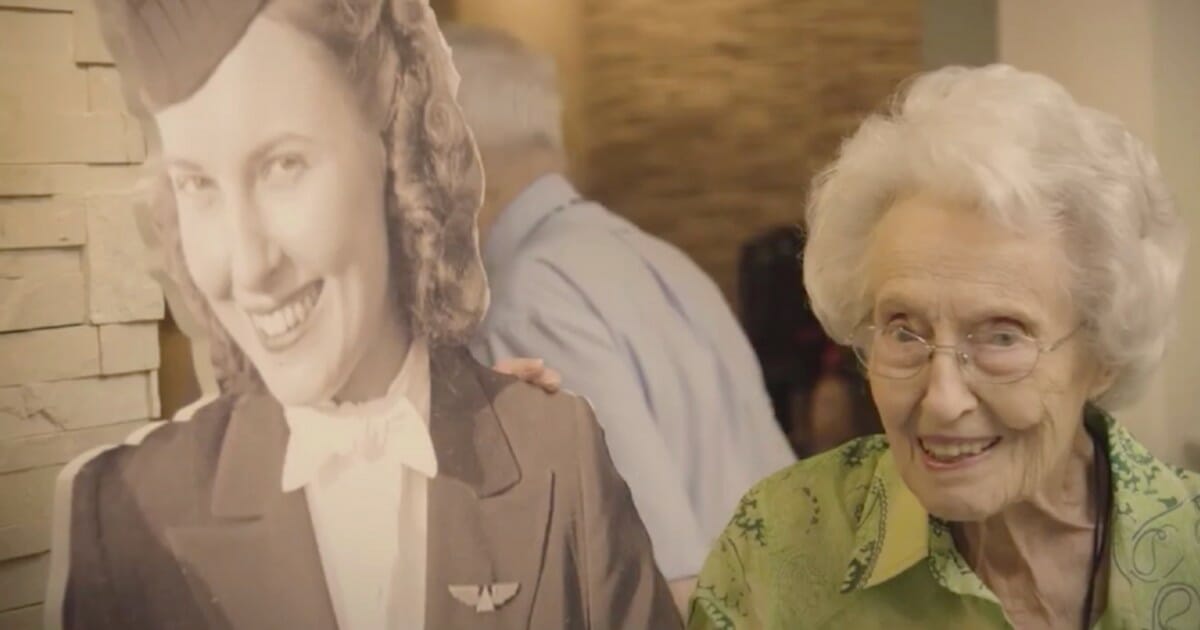 Despite its name, Celebration Village Acworth isn’t a place where extravagant parties are held. It’s a retirement community in Georgia.

But recently, they did have a reason to celebrate. One of their residents reached a milestone–she turned 103 years old! And just wait until you hear how she spent her life prior to retirement.

Sybil Peacock Harmon was born in Minden, Louisiana on July 9, 1916. In a 2018 interview with Travel and Leisure, she recalled wanting to travel around the world when she was just nine years old. Years later, her dream became a reality.

After graduating from nursing school at 24, she was hired as one of Delta Air Lines’ first stewardesses, as they were previously called.

In 1940, when she began her time with Delta, all flight attendants were registered nurses.

“One of our duties was to pass out the chewing gum because planes then weren’t pressurized and it helped passengers swallow so they would not have problems with their ears,” she said in an interview with Delta’s flight museum in 2014.

Working as a flight attendant made her feel like a celebrity.

Despite having to care for businessmen, the airline’s most frequent customers, who often got sick during the early days of aviation, she felt like a celebrity.

Since the experience was so new to everyone, people would line the fence at the airport and she recalled when she’d walk to the plane in her uniform people would say, “Look, there she is. There is the stewardess.”

After working with Delta for three years, she left the airline and entered the service in January 1944 at the Army Air Force regional hospital in Coral Gables, Florida. She later served as a special duty nurse to U.S. Air Force Gen. Hap Arnold for several months.

In April 1945, Sybil was promoted to first lieutenant and joined the 830th Medical Air Evacuation Squadron. A year later she was discharged, but continued to practice nursing until retiring in 1985.

Compared to last year when she celebrated her birthday with Delta executives and flight attendants, this year was low-key. Family and friends gathered with her to celebrate another milestone, her 103rd birthday.

“Her kind disposition and zest for life embodies our culture at Celebration Village,” Keith Magnan, the executive director of the retirement community said, according to WUSA. “We all embrace these special opportunities to come together, which strengthens the connections within our community.”

Happy birthday, Sybil! May you have many more!

Share this to wish her a happy birthday and to thank her for her service.