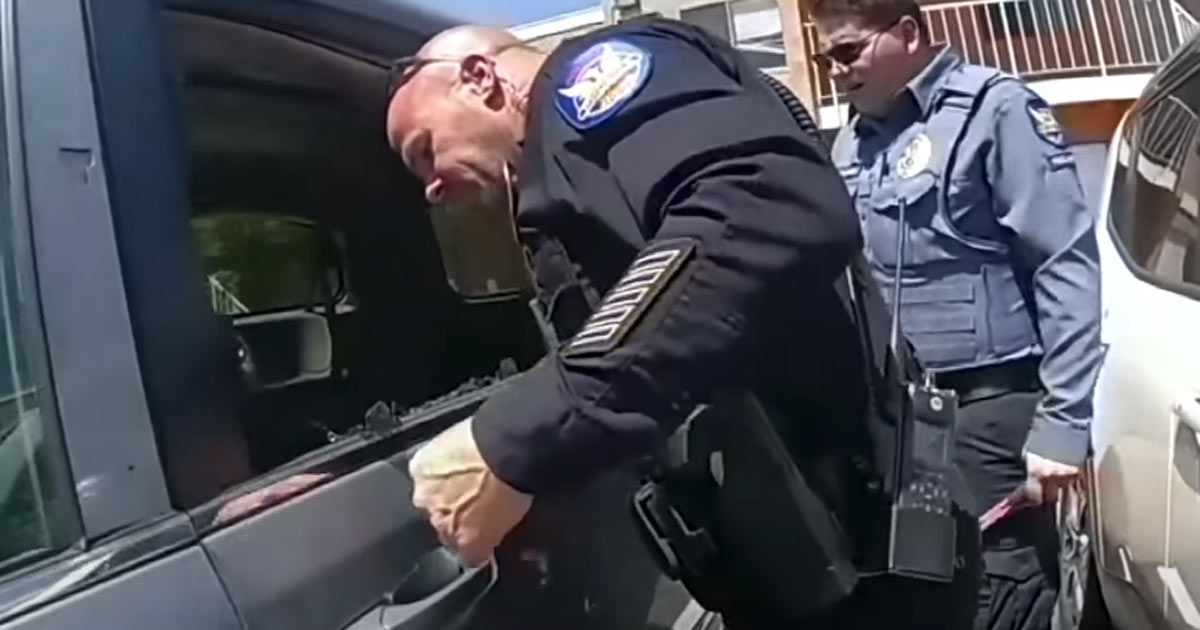 When the sun shines bright and it’s warm enough outside to stroll around in t-shirts and shorts, it’s fair to say most of us are pleased.

But unfortunately, the warm weather could also be a deadly thing if not respected. We have previously written several articles with children or animal left in hot cars, situations that in the worst case could have a deadly outcome.

According to noheatstroke.org, an average of about 38 children die of vehicular heat stroke each year. In 2020, 25 children died from heatstroke. All it takes is a lapse in concentration from mom or dad, a slip of the mind during a busy day, perhaps, and a beloved baby can be wiped from the world in the most unnecessary of accidents.

The following incident serves as a reminder for parents everywhere. Cops had to break the window of a car to rescue a 2-year-old boy who was trapped inside a hot car.

As per Inside Edition, a mom from Arizona recently returned home from grocery shopping. When she went to take her son and shopping bags out of the vehicle, she accidentally closed the door, which resulted in locking herself out and locking her son in.

The mom tried to open the car doors, but it was impossible. So she called the police. She needed help to get her 2-year-old son out of the hot vehicle, he was still strapped into his carseat.

A heat warning had been in effect that day since the temperature was above 105 degrees.

The helpless mom was desperate, knowing her little boy was trapped in the warm vehicle. When officer Mike Mehlhouse arrived at the scene, he knew he had to act quickly.

So, he and his partner jumped into action and smashed the car’s window. One of the officers then had to climb in through the window to get the 2-year-old boy out.

Thankfully, the police officers managed to rescue the little boy and handed him over to his mom.

“I’m just grateful to be out there and to be able to help”, says Mehlhouse.

Below you can watch a video about the incident:

We can’t imagine how the mother must have felt when she understood she had locked her son in the boiling car. Thankfully, the police officers arrived quickly to help the mother get her baby out. The most important thing is that the boy is safe now.

Please, share this article to remind everyone about of the dangers of leaving their children in hot cars!