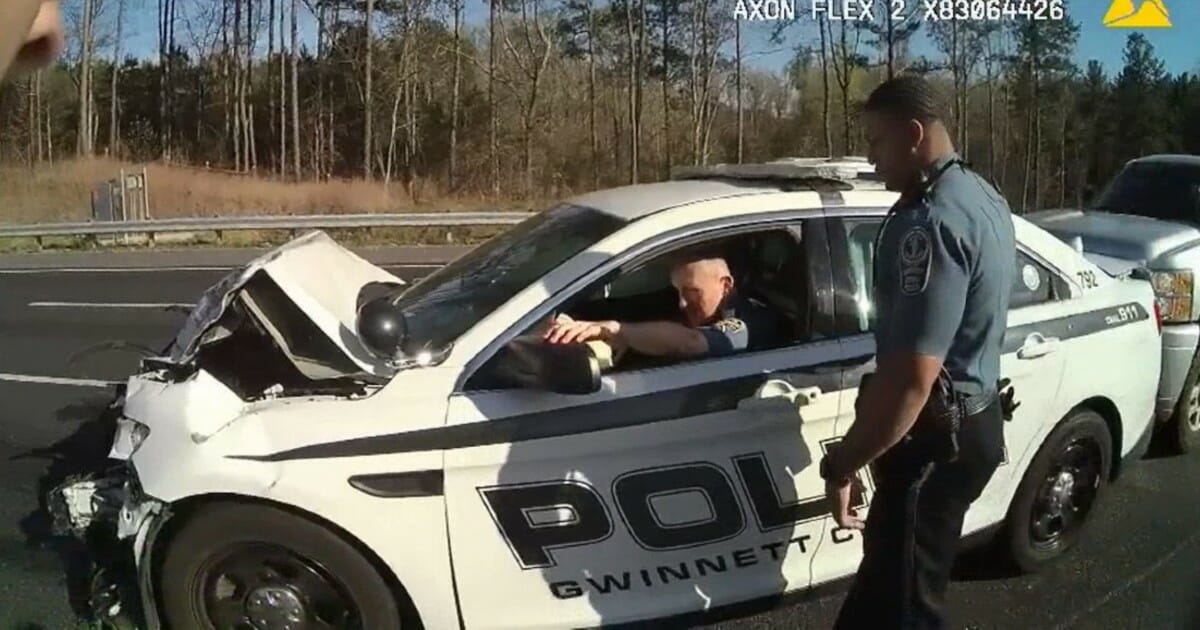 In April, a Gwinnett County Police officer slammed into the back of a car causing a four-car chain reaction on a Georgia highway during the evening rush hour.

Officer Todd Ramsey, a 22-year veteran, was in the ICU for several days while the driver, Sarah Wood, of the vehicle he hit was in serious condition and in a coma for four weeks. The drivers of the two other cars were treated and released.

Six months after the crash, new information from an internal investigation reveals that the officer, Todd Ramsey, was watching a YouTube video on his onboard computer terminal.

“I don’t believe there was any attempt to stop or swerve because he didn’t see her because he wasn’t looking,” Wood’s attorney, Susan Witt, said.

According to a Gwinnett County Police internal investigation, obtained by WSBTV, prior to the crash, Ramsey had several browsers open on his computer and one of them was a YouTube video of Grand Theft Auto. At the time of the crash the video was still playing.

Ramsey was going 68 mph when he caused the chain reaction.

The officer, who has since been demoted and barred from driving a department vehicle, told investigators he had an issue with his eye. But prior records suggest that was not the case.

WSBTV learned that the crash that landed Wood in a coma was Ramsey’s eighth at-fault accident. They also learned that the officer was not wearing his seatbelt at the time of the crash and allegedly dipping, both against the department’s policy.

“I don’t want to call this an accident. This wasn’t an accident; this was a serious collision that should of and could have been avoided,” Witt said.

Ramsey walked away from the incident with a slap on the wrist.

Even though this wasn’t the first incident, Ramsey was only given a citation for following too closely.

Wood, whose medical bills have amassed $500,000 and continue to grow as the result of a traumatic brain injury she suffered, does not believe Ramsey received appropriate punishment.

“You know I don’t want anybody else to get hurt,” she said.

Do you think Ramsey received the appropriate punishment?