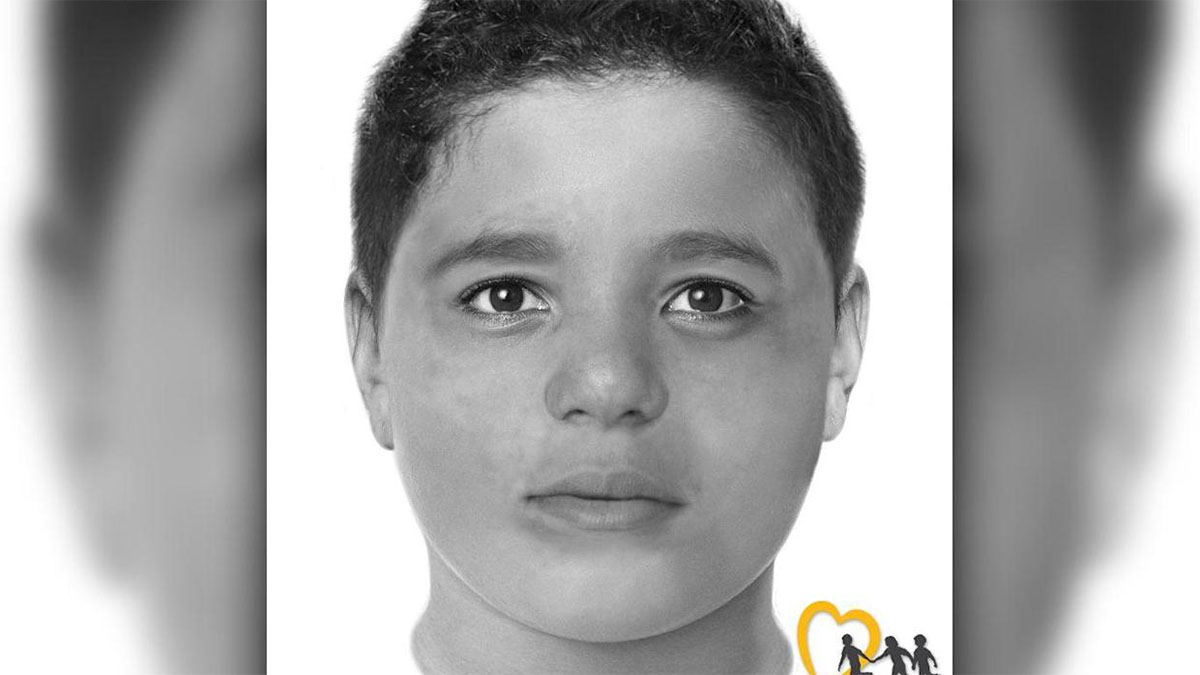 The body of a boy found by a hiker on a trail near Las Vegas Friday morning is yet to be identified.

Now police have released a new digitally enhanced photo of the boy in the hope someone will come forward to identify him.

A sketch was put out the same day the child’s body was found prompting a woman to step forward and claim he was her son.

Authorities then began searching for his 11-year-old half-brother and his father. But all three were later found safe camping together “in an area of central Utah that was outside of cellphone reception,” police said.

The National Center for Missing and Exploited Children provided Las Vegas Police with a new digitally enhanced image as they continue to identify the child.

“We are asking teachers in particular to pay close attention to this new digitally enhanced photo,” Las Vegas Metropolitan Police Department said in the release, as per CNN.

“Detectives believe the victim is between the ages of 8 and 12, he is 4’11” and weighs 123 pounds. Due to the location of the body, the victim may have lived in Las Vegas, Pahrump, Baker or other nearby cities,” the department said.

The boy’s body was discovered on Friday morning lying in a forested area of Mountain Springs Trailhead near mile marker 20 on State Route 160, according to Las Vegas police, as per CNN. The area is about 25 miles southwest of downtown Las Vegas.

The boy’s cause of death has yet to be released and police are appealing for anyone with information to call 702-828-3521. Those who want to remain anonymous can call 702-385-5555 or go to crimetoppersofnv.com.

Let’s share this image with as many people as possible to help identify him. There is a family out there missing a child who deserves this closure.