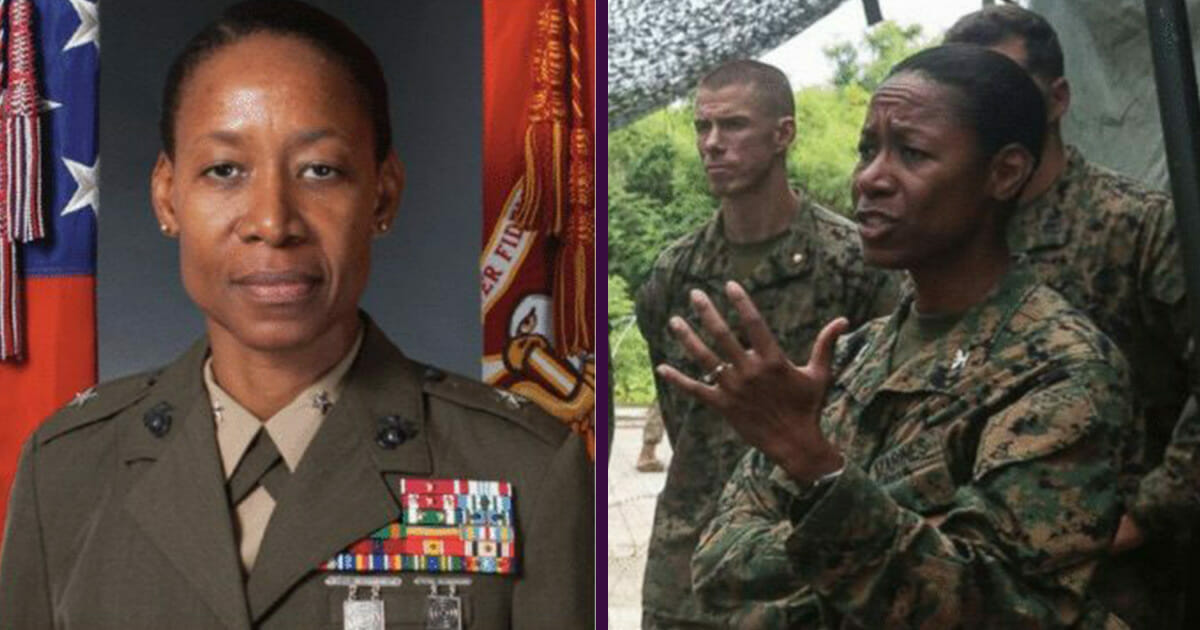 President Donald Trump might not be loved by all, but he certainly has a way when it comes to doing things others haven’t before.

Perhaps there is no better example of this than when he nominated the first African-American female to become a general in the U.S. Marine Corps.

Col. Lorna M. Mahlock, a soldier who has served in Germany and Japan, was nominated by President Trump in April 2018. She holds a whole host of distinguished qualifications, including a Masters Degree in Adult and Higher Education from the University of Oklahoma at Norman, a Masters in National Security and Strategic Studies with distinction for the Naval War College in Newport, Rhode Island, and a Masters in Strategic Studies from the U.S. Army War College.

Thank you @realDonaldTrump for this historic nomination. If you were a Democrat, this would be the headline of every paper today. ?? Congrats to Col. Lorna Mahlock, First Black Woman Nominated to Be Marine Corps Brigadier General https://t.co/6twXX4b5pc

Col. Mahlock has held down a multitude of vital jobs during her storied career, having been designated as an air traffic control officer, as well as a commander in various combat operations across the globe.

Not only that, but Mahlock was also the director of the Marine Corps Instructional Management School and served as a Marine Aviation Weapon and Tactics Instructor. Suffice to say, she’s tough as nails.

Congratulations to Col. Lorna M. Mahlock on being the first Black woman nominated to serve as brigadier general. Your representation is inspirational for women of color everywhere! https://t.co/Oxks3bZzcY

So it was – and yes, we’re extremely happy to write this – that Col. Mahlock was confirmed by the U.S. Senate and promoted to the rank of brigadier general.

Given that women make up just 8 percent of the Marine Corps, Col. Mahlock’s achievement is one worthy of even more praise and tribute. The fact she’s been able to rise right to the top in a field traditionally dominated by men is impressive, and certainly not one that should be overlooked.

For more on Col. Mahlock, watch the video below:

Share this article if you think Col. Mahlock’s appointment is good news, and that more women should be given the same opportunities as men.