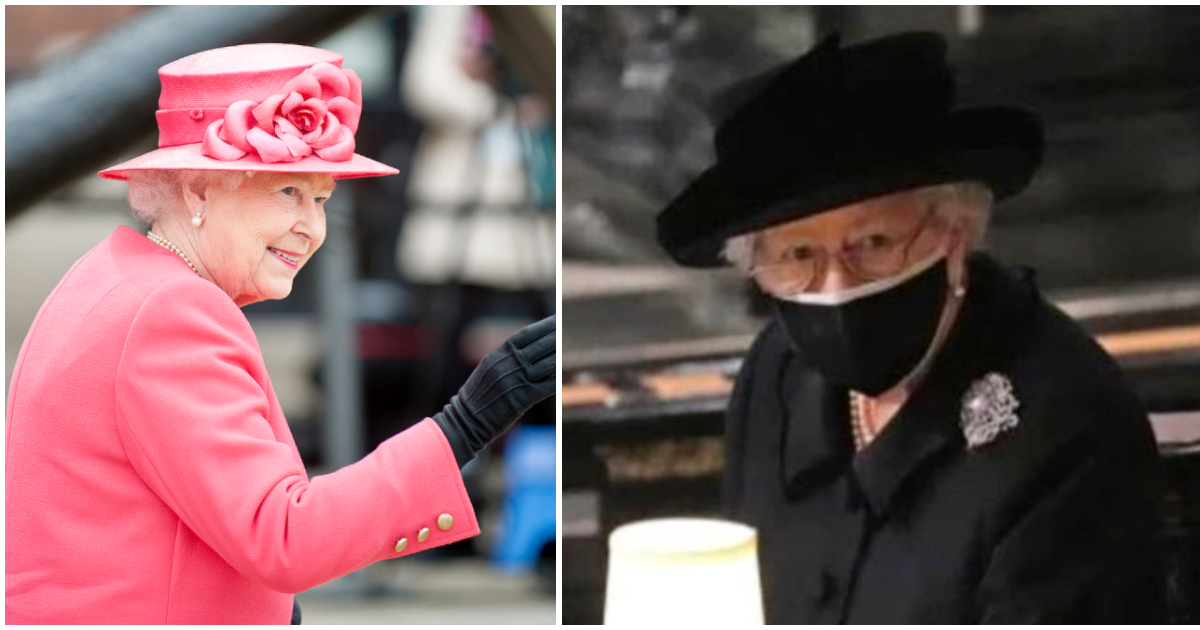 Queen Elizabeth is celebrating her 95th birthday on April 21. Reaching 95 is a milestone birthday for anyone, and it’s extra special for the Queen, further cementing her status as England’s oldest-ever monarch, as well as the longest-reigning monarch in the world.

But it’s also a bittersweet birthday for Elizabeth, coming just days after the funeral of her beloved husband of 73 years, Prince Philip.

The royal family is still in a period of mourning, which, combined with ongoing COVID-19 restrictions, means there will be no big celebrations for the Queen’s birthday this year, and many of the usual customs will be skipped.

But sources say Elizabeth will still be having a low-key celebration with family to mark her special day.

The royal family has been following the traditional protocol after a death in the family of a two-week mourning period, which will last til Friday.

They have canceled their royal duties and have been wearing funeral black, including armbands.

As such, some of the traditions that usually mark the queen’s birthday have been canceled this year, according to Harper’s Bazaar.

That includes the unveiling of a new birthday portrait, and the gun salutes at the Hyde Park and the Tower of London.

It’s a shame that the British public will not have an official way to celebrate the birthday of Queen Elizabeth, who has reigned for nearly seven decades. Elizabeth is a beloved figurehead around the world, and she has gained even more sympathy lately after the death of her husband.

Photos of her at Philip’s funeral on Saturday showed dressed in black, sitting by herself in St. George’s Chapel due to social distancing rules. She also left her husband a final handwritten note, signing it “Lilibet,” an old nickname Philip used to call her.

However, Elizabeth’s birthday won’t go by unnoticed: a royal insider told Bazaar that the queen will celebrate her birthday with a small, private lunch with members of her family.

It isn’t yet clear who will be at the scaled-down celebration, but sources have speculated that an unexpected guest may attend: Prince Harry.

Harry, who now lives in California with his wife Duchess Meghan Markle but traveled to London for the funeral, will extend his visit in order to attend his grandmother’s birthday “if all goes well,” a source told Vanity Fair.

Harry has been in the spotlight lately, as his visit marks the first time he’s visited is family since he and Meghan gave a bombshell interview with Oprah Winfrey last month.

His trip, made without Meghan who is at home and pregnant, has been seen as a possible first step towards reconciliation with his family after the fallout.

Meanwhile, even with her birthday and the mourning period, the Queen’s duties are never done: the source told Bazaar that Elizabeth has been hard at work writing personalized responses to the many world leaders who expressed their condolences over Philip’s death.

We hope that despite everything going on in the royal family right now, Queen Elizabeth has a nice quiet 95th birthday with her family. We wish her the best, and many great years to come.

Share this story and wish the Queen a happy birthday!