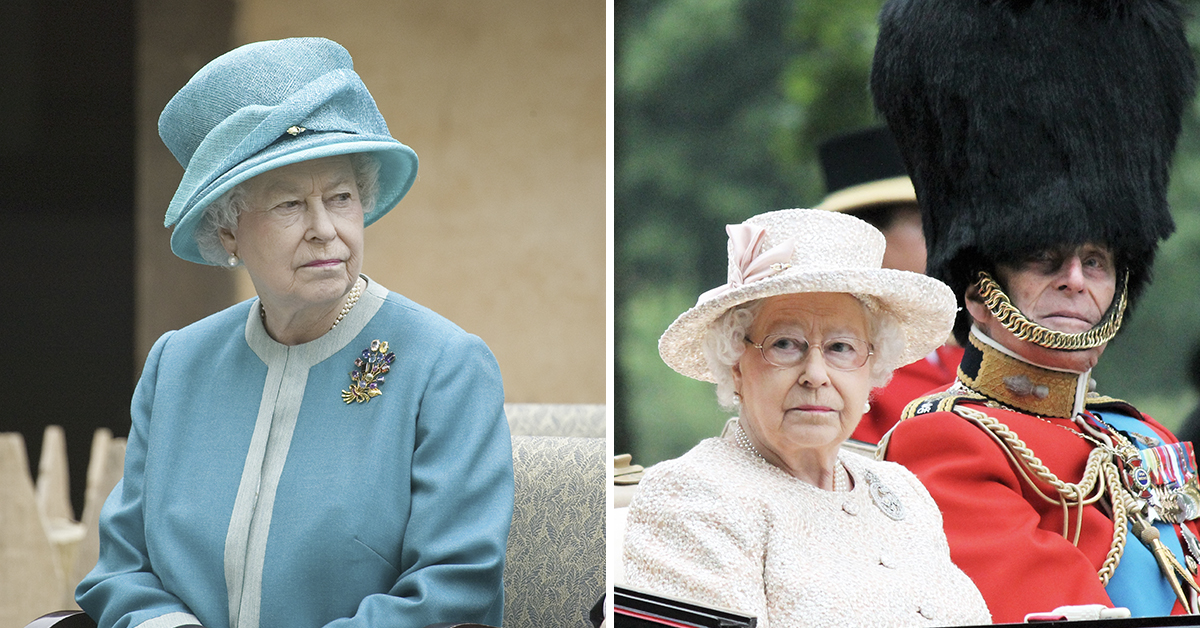 Throughout her incredible reign Queen Elizabeth has had her beloved dogs by her side.

With stories that she shares her toast with her pet pooches every morning at breakfast and the chefs at Buckingham Palace have to prepare fresh food for her dogs every day, it’s clear she takes looking after her four-legged friends very seriously.

The royals have had corgis since around 1933 when the Queen’s father, King George VI, bought a corgi home called Dookie.

Princess Elizabeth was later given a corgi for her 18th birthday and she named it Susan. Since then, the monarch has had over 30 corgis including ones called Monty, Willow, Pickles, Smoky, Crackers, Holly and Linnet.

But since the sad news of the passing of her husband Prince Philip it’s the comfort of her dogs that her getting her through such a heart-breaking time in her life.

The Queen and Prince Philip, who she once referred to as her “strength and stay” were married for 73 years and although he had suffered ailing health over the last few years, it’s still a devestating loss for her and their loving family.

The duke was just two months away from his 100th birthday when he passed away on Friday; it must be a heartbreaking time for the Queen, who has lost her life companion.

Elizabeth met her future husband, Prince Philip of Greece and Denmark, in 1934 and 1937.

They were second cousins once removed through King Christian IX of Denmark and third cousins through Queen Victoria. After another meeting at the Royal Naval College in Dartmouth in July 1939, Elizabeth—though only 13 years old—said she fell in love with Philip, and they began to exchange letters.

He gave up his title of Prince of Greece and later a promising career with the Royal Navy to support his Queen in her duties as head of state and 15 commonwealth countries.

Elizabeth was crowned Queen in 1952 following the untimely death of her father and their eldest son Charles attended the coronation when he was just 4 years old.

Philip was the U.K’s longest serving consort and attended more than 20,000 royal engagements both home and abroad. He headed hundreds of non profits and founded initiatives that helped British schoolchildren participate in challenging outdoor adventures through his Duke of Edinburgh scheme.

He was also a devoted father to his four children, including his eldest son, Prince Charles, the heir to the throne, who paid tribute to his “dear papa” saying he was a “much loved and appreciated figure”.

His only daughter Princess Anne said her father was her “teacher, supporter, and critic,” adding she “most wanted to emulate” her father’s example of a “life well lived and service freely given”.

His grandsons Princes William and Harry also paid tribute to their grandfather with his eldest grandson William saying he was an “extraordinary man”, while Prince Harry said he was “a man of service, honor and great humor” and a “legend of banter”.

“I will miss my Grandpa, but I know he would want us to get on with the job,” William added.

Philip spent a month in the hospital earlier this year before being released on March 16 and returned to Windsor Castle. While in hospital he under went heart surgery for a pre-existing condition.

Prince Andrew said the Queen had “described his passing as a miracle”, thought to refer to the fact Prince Philip died peacefully at home with her and not alone in hospital under Covid regulations.

There has been much speculation as to how well the Queen will cope after losing her lifelong companion. She will turn 95 years old next week and although a figure of strength and stoicism throughout, we can all imagine how hard this must be for her.

But she is reportedly using her dogs to cope with her grief.

The Queen is well known for her love of corgis and in 2018 lost the last of her corgis Willow who was put down after being diagnosed with cancer.

“She does not like seeing her dogs suffer and she knows that sometimes putting a dog down is the kindest course of action – although that doesn’t make her loss any less,” a source told the Daily Mail.

The Queen has owned more than 30 corgis during her reign but with Willow’s death it was the first time the monarch hadn’t owned a Corgi since 1944.

The Queen’s dogs have enjoyed the best life living with her at Windsor Castle and Buckingham Palace and traveling with her to Scotland on a private jet.

She insists on doing the majority of caring for her dogs herself, mixing their food and taking them for walks.

Her son the Duke of York said his mother’s dogs were helping to keep her fit in her senior years.

Most recently her furry companion of choice has been dorgis (corgi-dachshund mixes.) Up until last year her Majesty had two dorgis named Vulcan and Candy. But sadly Vulcan passed away just two weeks before Christmas.

For at least 13 years Vulcan, a dachshund-corgi cross, has been at the Queen’s side, according to the Daily Mail newspaper. It is not known how old the Dorgi was, but it’s thought Vulcan has been a royal pet since at least 2007.

Following Vulcan’s death she was left with just one dorgi called Candy. However, she acquired 2 new four-legged friends when Philip was hospitalized this year.

She called her new dogs Fergus, after her uncle Fergus Bowes-Lyon, who was killed in action during the First World War and Muick, pronounced Mick, a pure-bred corgi and named after Loch Muick, a favorite spot for the Royals during their summer holiday.

A royal source told the Mail on Sunday: “The Queen was left with only one dog at the end of last year. She had made the decision not to get any more because she didn’t think it fair at her age. But it would be unthinkable for her not to have any. It’s like the Tower of London not having any ravens. The new puppies are adorable.”

Following news of the Queen acquiring the two new pups, Royal biographer Penny Junor said: “Her corgis are hugely important to her. They have over the years been closer to her than any human being. The corgis are intensely loyal and loving and they have never let her down.”

We can all relate to the comfort out pets provide in times of trouble and I hope this is the case during such a difficult time in the Queen’s life. Please share.