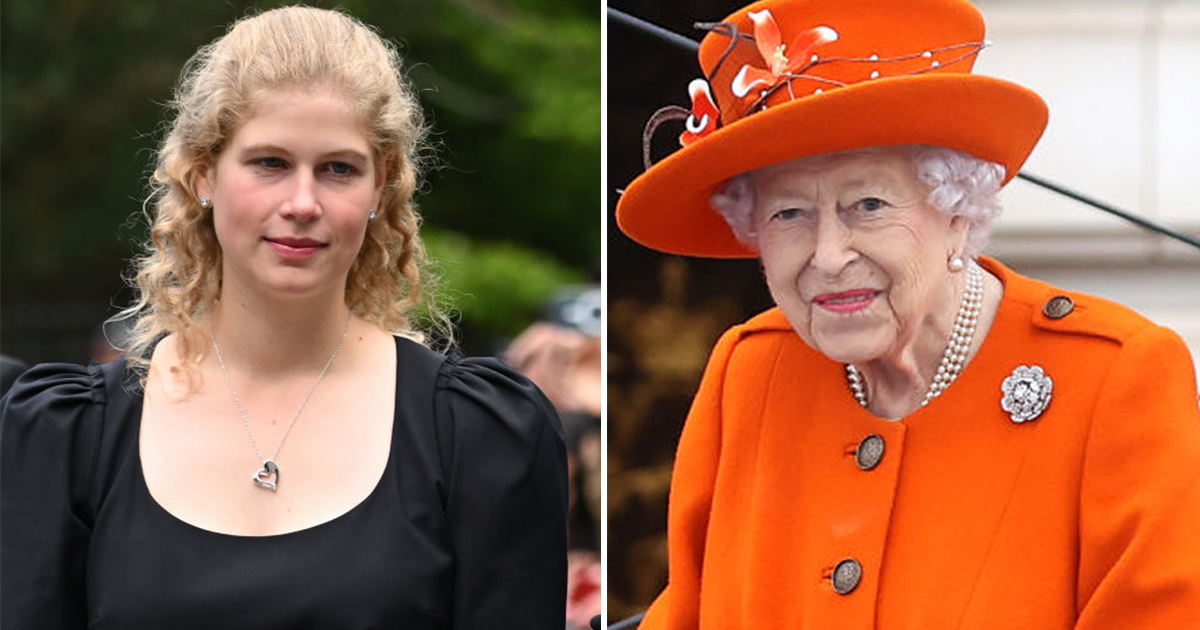 When you think of the royal family, you often have images of a lavish lifestyle where one doesn’t even need to lift a finger. While that may be true for some royals, the younger generation seems to be departing from that norm.

Especially Lady Louise Windsor, who got a minimum wage job like many people her age do before she went off to university.

Queen Elizabeth II has eight grandchildren from her four children. While the public is most well acquainted with Prince William and Prince Harry, her other grandchildren are just as dear to the monarch.

The Queen’s youngest child is Prince Edward, the Earl of Wessex. He is 14th in line for the British throne. Prince Edward is married to Sophie, the Countess of Wessex and together they share their two children.

Their daughter is their older child, Lady Louise Windsor, and is now 18 years old, while their son James, with the title viscount Severn, is now 14 years old.

Lady Louise Windsor just gave finished her A’levels (high-school-level qualifications) and was waiting for university to begin. Her grades cemented her place at St. Andrews University in Scotland, where she would study English.

She follows in the footsteps of her cousin, Prince William in going to the university where he spent his younger years before graduating in 2005. The university also serves as the place where he met his now wife, Kate Middleton, the Duchess of Cambridge.

Like a lot of students who find themselves with free time after they are done with high school and awaiting their results and for the university to start, Lady Louise also took up a job to occupy her time.

However, the job was not as glamorous as one would expect a royal to have. She was working as a helper at a garden center. She did various tasks at the garden center including, pruning and potting plants, greeting customers, and working on the tills.

She took up many shifts several times a week to earn a minimum wage for anyone 18 years old in the UK, which is £6.83 an hour, which is equivalent to about $8.

People were shocked to see the young royal working at a garden center. “I didn’t think I’d ever see a grandchild of the Queen working in a garden center,” one shopper said.

Another shopper said, “I knew the cost-of-living crisis was bad, but I didn’t think I’d ever see a grandchild of the Queen working in a garden centre.”

Lady Louise Windsor had her fair share of health problems as a child. When she was just 18 months old, she had to undergo a major operation on her eyes. She was born with esotropia, a rare eye condition.

The condition causes strabismus, in one of the eyes that turns inwards. Sophie, the Countess of Wessex once told newspapers that the condition her daughter suffers from esotropia usually affects premature infants as the eyes are the last organ that develops during the gestation period.

The first operation was not as successful as they had hoped. The condition does not have a one-time fix and hence took a while to correct. Medical professionals had to make sure one of her eyes did not become predominant over the other one.

And in 2014, when the young royal was 10 years old, another operation was performed which this time gave successful results. “She’s fine now – her eyesight is perfect,” her mother Sophie said in an interview.

When Lady Louise turned 18 years old last year and rejected the offer to become a working member of the royal family. It is not surprising she rejected the offer considering her mother has said that her children are to live their adult lives without using their royal titles.

In June 2020, the Countess of Wessex said that it was improbable that her children would use the HRH title with their names after they turned 18 years old.

The Countess of Wessex and the Earl of Wessex have always tried to ensure a “normal” life for their children regardless of their royal status. They have raised their children to know the value of earning money themselves and having an honest job.

And it seems like their wish for their children to have their own careers and hold down normal jobs has taken effect, seeing as how young Lady Louise has an unassuming job at a garden center.

She herself has a fine example of hard work for her children as she happens to be one of the busiest and most hard-working members of the royal family as she is a patron to over 70 organizations.

Sophie, the Countess of Wessex, who happened to be a secretary in her past said that her children led a very normal life that would rival any ordinary teenager in the UK. She said her children go to a normal school, go to parties at their friend’s homes, and have the occasional sleepover.

She also said she and her husband spend a lot of time with their children. Talking about how the family often takes their pet dogs out for walks during the weekend.

She also talked about how Prince Edward has set the bar for them as a family by being involved in his family life. She applauded her husband for being “very engaged as a father.” She cited examples of his commitment to his family by talking about how he enjoys barbecuing for them, as well as going on fishing trips with his son and going riding with his daughter.

Even though she rejected her royal title, she was front and center at the Platinum Jubilee celebrations. She also made her television debut by appearing in a documentary about the life of her late grandfather the Duke of Edinburgh.

As for Lady Louise’s personal relationship with her grandmother, it is reported that they were quite close. It was reported in 2019, that the Queen was especially close to her granddaughter Louise after the family spend time with the monarch in their Scottish castle, Balmoral.

It was reported that during the three days the family stayed there, Louise would often join her grandmother on horse riding sessions. It was said that she became the Queen’s favorite grandchild after the visit. Reportedly the Queen really enjoyed her grandchildren’s stay with her.

The fondness for her granddaughter was displayed front and center in May 2022. The Queen who has largely withdrawn from the public eye due to her advanced age made a rare public appearance at the Royal Windsor Horse Show to watch and support her beloved granddaughter, Lady Louise.

The event marked the 100th anniversary of the Fell Pony Society with a carriage display.

Perhaps, one of the reasons Lady Louise has been dubbed as the Queen’s favorite grandchild is because of one big interest both women share with one another; their love of horses. The young royal has often been photographed riding horses on her grandmother’s various estates.

Royal historian Marlene Koenig revealed that while the Wessex children are close to their grandmother, they were just as committed to their late grandfather Prince Philip, the Duke of Edinburgh.

“Look how good the relationship the Queen has with Lady Lousie and Viscount Severn. They’re very close, and Lousie was very close to her grandfather,” the historian said.

Lady Louise, has the distinct honor of being the Queen’s youngest granddaughter, and perhaps that is also a reason why the Queen particularly doted on her.

The relationship the monarch shares with her youngest granddaughter is definitely special.

So understandably, when the news of the Queen’s death hit the public, people knew Lady Louise would be devastated. On September 10th, two days after her grandmother passed away, she was seen at Balmoral, where her grandmother spent her final moments.

The young royal wore a black dress and was clearly mourning a very close personal loss. She appeared to have swollen eyes from crying, which is of course understandable.

She held hands with her mother Sophie, the Countess of Wessex, perhaps drawing strength as they walked to the church service.

On the way, Lady Louise stopped and bent down to look at the flowers and cards people had left at Balmoral to express their condolences for the Queen’s death.

It is completely understandable how heartbroken young Lady Louise is at the loss of her beloved grandmother. We extend our heartfelt sympathies to the Royal Family.

Share this piece so people can know about the Queen’s special bond with her beloved granddaughter.