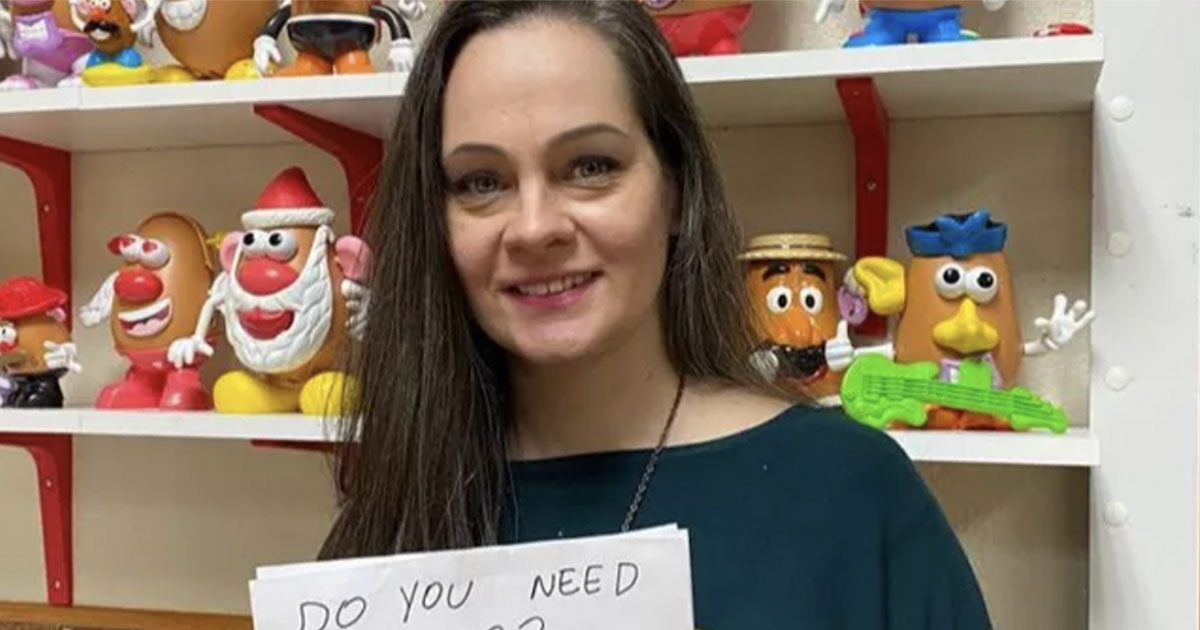 Some stories show us that everyday people can be heroes just by speaking up or even by merely asking a question.

Seeing something that does not sit right with you and doing something about it is incredible bravery, much like the waitress in this story demonstarted.

Flaviane Carvalho, a waitress at Mrs. Potato Restaurant in Orlando, Florida saw something that did not sit right with her. She was working a shift on New Year’s Day, when she saw the an 11-year-old boy who had some bruises. She then took a piece of paper and wrote down a question for the boy, asking if he needed help, the boy nodded yes. She immediately called the police.

“I was used like a tool from God to help him. We need to pay attention for the ones that are in need, and step forward to do something to change the situation,” Carvalho said about the situation.

Carvalho noticed that the family was withholding food from the boy and did not allow him to order anything as well. This tipped her off as to something was wrong and prompted her to write a message on a paper asking the boy if he was okay. She held the paper up behind his parent’s back so only the little boy could see it and once he indicated that he was not okay, she took action.

Once authorities intervened, the boy was transferred to a hospital where medical staff discovered that not only was the young boy covered in bruises but he was also severely underweight.

When investigators started looking into the case, they found horrifying details. They found that the child’s step-father 36-year-old Timothy Lee Wilson would deprive him of food and water for several days at a time.

The little boy went through a horrendous amount of torture at the hands of his step-father. Investigators reported that the boy was routinely isolated, starved, forced to do military-style exercises, hung upside down from a door, and was also handcuffed to a dolly cart on the day of Christmas.

When police officials interviewed the boy’s mother Kristen Swann, she stated that while she knew about the abuse she had not sought medical attention for her son. As a result, she was arrested and charged with two counts of child neglect as well.

“(I’m) relieved knowing that the abuser is paying for his crimes and the boy has a better chance in life,” Carvalho stated. She served as a witness at the trial and is still in contact with the young boy, having developed a close relationship with him.

The authorities commend Carvalho’s quick thinking and intervention. “We probably would’ve been talking about a potential homicide investigation if she had not intervened when she did,” Orlando police chief Rolon said. She truly is a hero!

Assistant State Attorney Lauryn Day was assigned the case because of the resulting child abuse case. She told the media, “had she not said anything, I believe law enforcement and the child protection team thought he probably could have died.”

This story shows that everyday people can definitely be heroes. We applaud Flaviane Carvalho for her quick thinking and bravery in helping save the life of a young boy who had no one looking out for him!

Share the story of Flaviane Carvalho to inspire others!