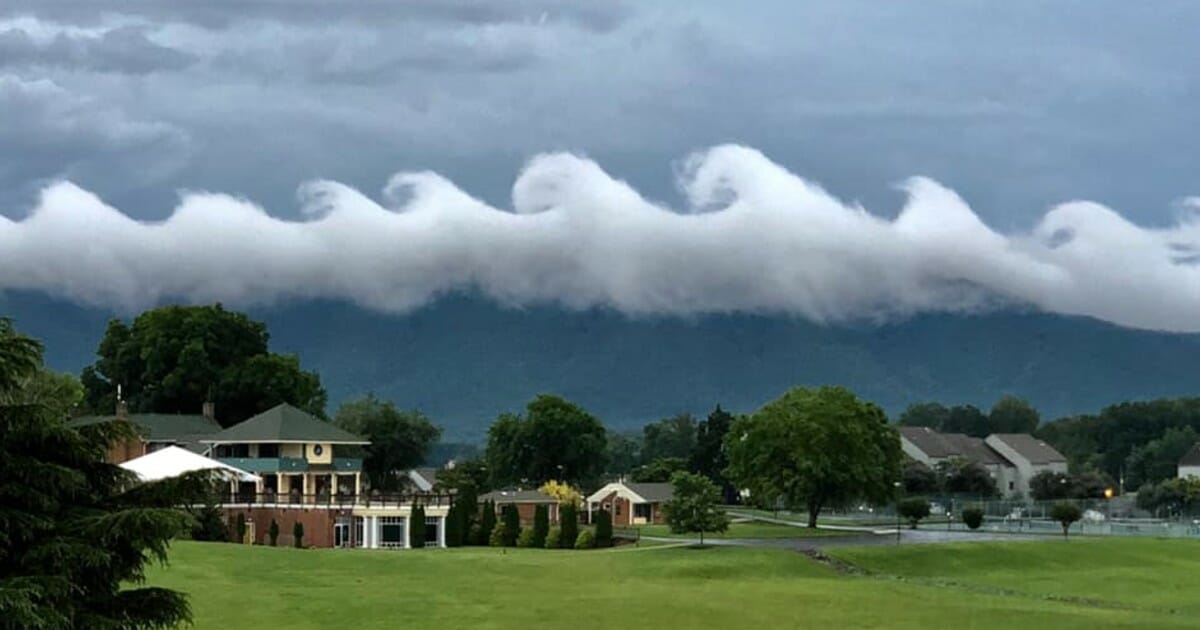 When you were little did you ever look up into the sky and see what images you could make out in the clouds?

Maybe you were able to make out a dog or a dragon.

One woman in Virginia didn’t have to use her imagination when she looked up at the sky recently. The clouds she witnessed clearly looked like waves.

Now her photo of the rare wave-shaped clouds has gone viral.

Amy Christie Hunter snapped the photo of the rare wave-shaped clouds as they appeared to roll over the mountains at Smith Mountain Lake in Virginia.

The clouds, which are called Kelvin-Helmholtz clouds, are named after Lord Kelvin and Hermann von Helmholtz, who studied the physics that leads to these formations.

Very cool clouds rolling over the mountain tops at Smith Mountain Lake this evening. They are called Kelvin-Helmholtz…

When these type of clouds do appear they generally form on windy days, when different layers of air in the atmosphere move at different speeds, according to EarthSky.

Have you ever seen these rare wave-shaped clouds?