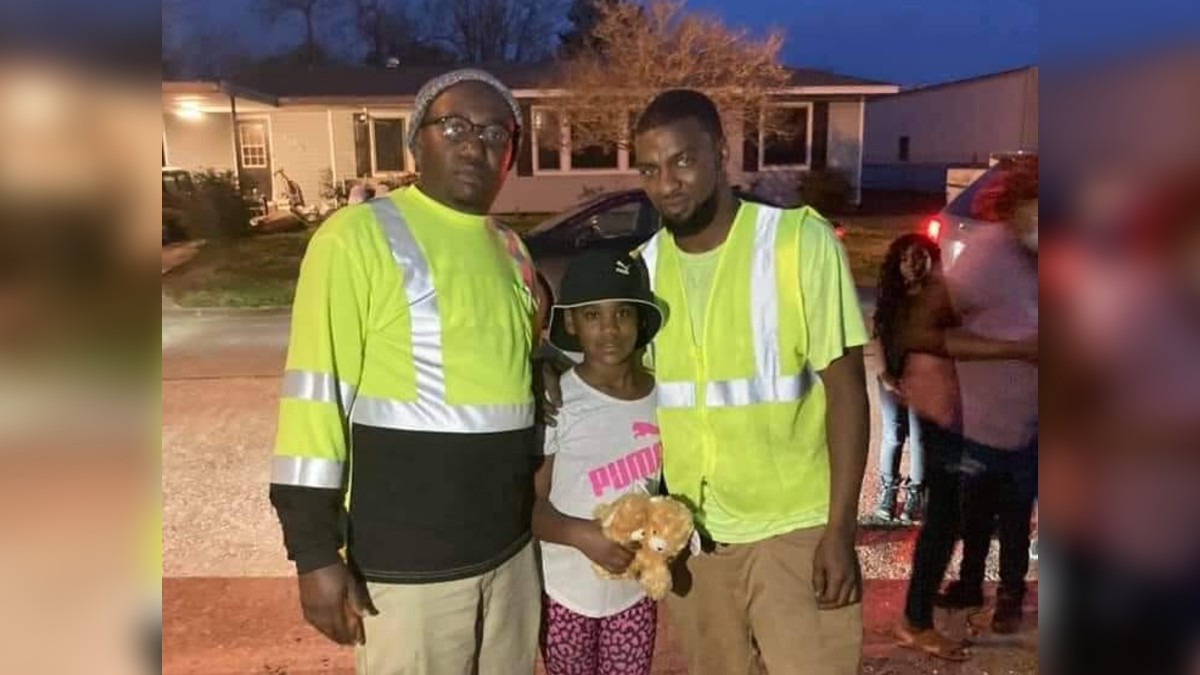 Jalisa lasalle had been missing from a family member’s home in New Iberia, Louisiana since early Sunday afternoon. It was believed she was in imminent danger.

An Amber Alert was issued Sunday night, asking the public to be on the lookout for a silver Nissan Altima.

Dion Merrick and Brandon Antonie, two waste management workers, were on their garbage collection route Monday morning when they spotted a car that looked exactly like the one in the Amber Alert.

“Once I noticed the silver Nissan, I backed up and blocked him in. I called 911 and they answered and said we have an officer minutes away. Before I could hang up the phone the officer was there,” Merrick said.

Michael Sereal was arrested and taken into custody. The 33-year-old was charged with aggravated kidnapping of a child and failure to register as a sex offender.

Merrick was glad to have had a hand in rescuing Jalisa.

“People act like they see stuff but they don’t want to say nothing. But she’s safe now. Thank God man, because I got a little girl. I’m on my job doing what I got to do,” he said.

No details were released about Jalisa’s condition except that she was safe.

The kidnapping is still under investigation, and the New Iberia Police Department asks anyone with information to contact them.

Thank you Dion and Brandon for speaking up when you spotted the car! You saved Jalisa’s life!

Share this story on Facebook to thank these two men, and to encourage others to speak up when they see something out of the ordinary.