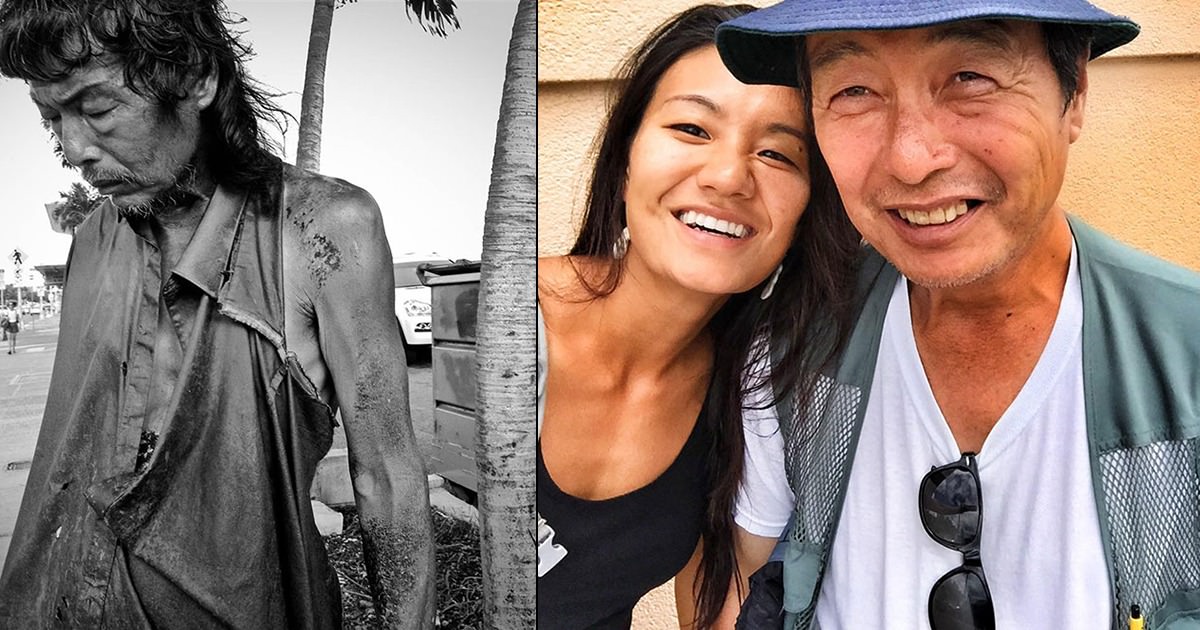 In 2003, Hawaiian-based photographer Diana Kim began a project in which she took pictures of homeless people in her area. Ten years later, she discovered that one of them was her dad. Here is her incredible story.

Diana Kim grew up on the quaint island of Maui in Hawaii. It was her father who first taught her to use a camera. But soon after her parents separated, she lost contact with him, and knew nothing of his circumstances or location.

In 2003, Kim launched a project in which she photographed homeless people in Honolulu.

One fateful evening, she amazingly discovered that one of the homeless people she had photographed was her dad.

They began a relationship and continued to meet on the street.

“Some nights I could not find him. Sometimes I found him where I least expected it,” she told NBC News. “He suffered from severe schizophrenia and was not receiving treatment. He often seemed to be arguing with someone who did not exist.”

Kim tried to get him to seek help. But it was only after a heart attack in October 2014 that her father finally followed her daughter’s advice. Today the father’s situation has dramatically improved and Kim has been helping him secure a job. The future is looking good for this happy pair!

And be sure to check out the incredible transformation of Kim’s father below!

Diana says: “At one point I had been looking for my father for several weeks. I finally found him behind a dumpster, crouched under a bush.”

It wasn’t until after her dad suffered a heart attack that Kim convinced him to seek help.

Diana and her father today.