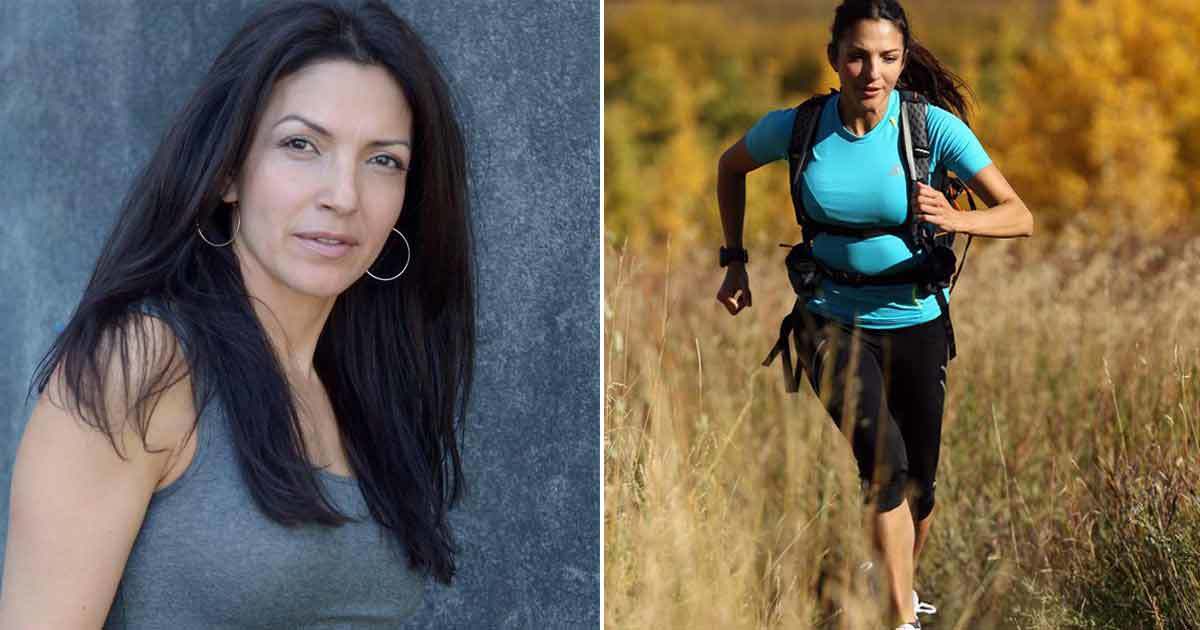 You may have heard her name before: Norma Bastidas. In 2014, she broke the world record for longest world triathlon when she put 3,762 miles behind her in only 65 days. Her trip went from Cancun, Mexico to Washington DC. But Norma Bastidas’ life has been punctuated by tragedy. When she was 11 years old, she was raped by a relative, and at age 19, she was sold as a sex slave in Tokyo. Now, her story is gaining a wider audience in the lead-up to the launch of a documentary about her life. And it is a remarkable story—tragic but inspiring.

Norma Bastidas’ story begins in Mexico. She was born into a poor family in the city of Mazatlan in western Mexico on November 1, 1967.

When Norma was 11 years old, her father died—and that’s when all the trouble started, she told CNN.

Norma’s mother was suddenly left alone to raise her five children. All of the children had to work and each of them was vulnerable. Norma was raped by a blind relative whom Norma took care of. And the horrific incident left deep scars.

When Norma was 19, she was offered a modeling job in Tokyo. Her mother didn’t want her to go. “I’m afraid, but I can’t stop you,” her mother told her. But Norma went. It was her only chance at a better life, she thought.

As soon as the 19-year-old landed in Japan, she realized she had been scammed. The “agency” took her passport, placed her in an apartment, and demanded that she pay for her travel, accommodation, and food. When she couldn’t, she was drugged, raped, and beaten. Soon after, she was sold to the highest bidder and became his property, writes CNN.

Norma had no passport, couldn’t speak Japanese, and had no relatives who could send money to her. Once, she tried to go to the police, but they just told her that she was a bad girl. But luckily, after several years, she managed to escape with help from a nearby convent.

Norma moved to Canada, married, had children, and started living a relatively normal family life. But her harsh upbringing, the rapes, and her years as a sex slave had left their mark. Norma had problems with alcohol, which she used to numb the pain. Eventually, her marriage broke down and it was hard for her to keep a job. But then her life reached the breaking point.

When Norma’s oldest son was diagnosed with a rare eye disease that affected his vision, everything changed.

“Here I am, vulnerable, a single parent, I just lost my job. I have a child who is 11. And the first person to ever rape me, when I was 11, was a blind relative. It was too much for me. It was almost like I cannot escape my past,” she told CNN.

She put away the bottle and began to run instead. She ran at night so her children wouldn’t hear her crying.

After that, things happened quickly. Norma became a strong runner, and just six months after putting on her first pair of running shoes, she qualified for the Boston Marathon.

“I just became an incredible runner because of the incredible amount of stress that I had to manage. It gave me something that I can control,” she told CNN.

In 2013, Norma decided she wanted to do something to draw attention to human trafficking. Her idea was to break the record for world’s longest triathlon while also following a path that is known among traffickers.

The following year—36 years after her father died and her relative raped her—she swam, cycled and ran to the world record. She began in Cancun, in southeastern Mexico, swam across the ocean, rode to the border with the United States, ran across several US states, and finally reached her goal in Washington DC. Day after day after day, she swam, cycled or ran a total of 3,762 miles. For the last leg, she was joined by several people who had also been trafficked and survived.

“By living large, I’m empowering every single victim. Somebody who was once living in a nightmare is now living out her dreams. Because that’s what a world record is—it’s a dream,” Norma said.

She’s now ultra-marathon runner and is active in issues of violence against women and human trafficking. A documentary about her accomplishments, “Be Relentless,” is in the final stages of production.

We wish all the best for Norma, who’s both a fighter and an inspiration to us all! She shows that it’s possible to turn tragedy into something positive. Never stop fighting!

Please share this to pay tribute to Norma and condemn human trafficking.