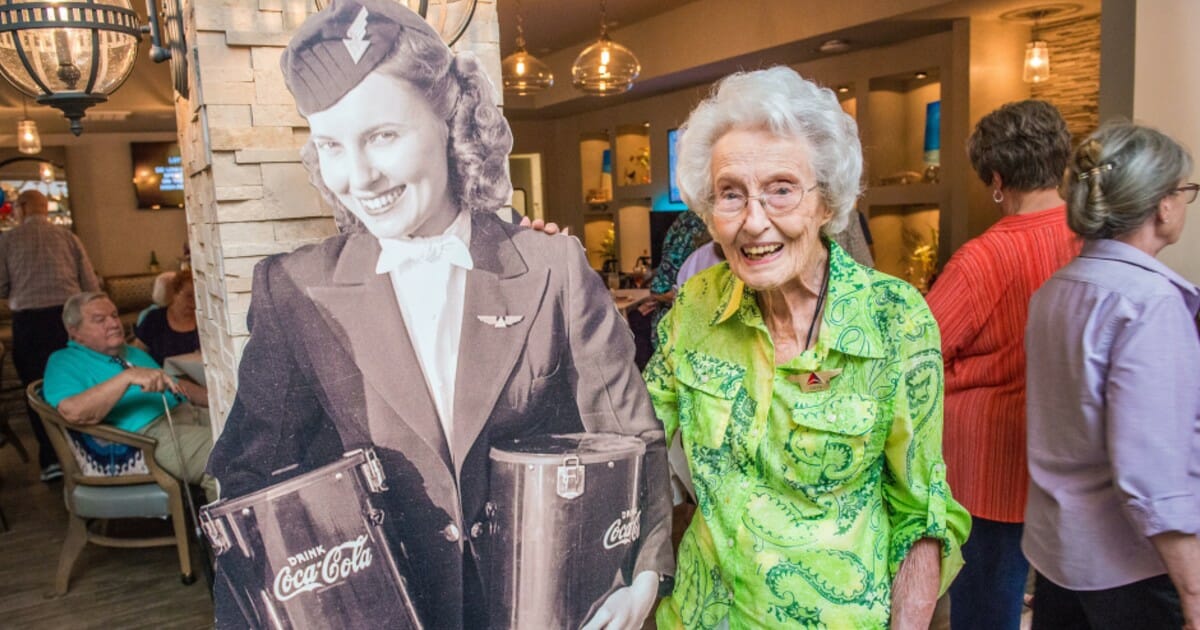 Sybil Peacock Harmon, one of Delta Air Lines’ first flight attendants, has died. She was 103.

On Tuesday, Delta issued a statement saying, “We’re saddened to learn of Sybil Peacock Harmon’s passing. Sybil was a beloved member of the Delta family who left her mark as a member of our first class of flight attendants. We will cherish her memory and wish her loved ones well in this difficult time.”

Sybil began her career as a stewardess, as they were called, at Delta in 1940. She worked on the airline’s DC-3 from 1940 to 1943 before she left to serve in World War II. She entered the service in January 1944 at the Army Air Force regional hospital in Florida before becoming a special duty nurse to U.S. Air Force Gen. Hap Arnold.

Sybil was promoted to first lieutenant and joined the 830th Medical Air Evacuation Squadron before she was discharged.

She went on to marry U.S. Army Capt. Wallace Harmon, a former Delta employee. The couple had a daughter who also worked for Delta from 1973 to 2008.

In 2018, when Sybil turned 102, Delta threw her a birthday party at her retirement home in Georgia. Family, friends, and representatives from Delta celebrated Sybil’s milestone birthday as well as her achievements with the company.

“It’s a whole new world now,” she said. “I am proud to have paved the way for the next generation.”

Rest in peace, Sybil and thank you for your service.

Share this to keep this wonderful woman’s memory alive.