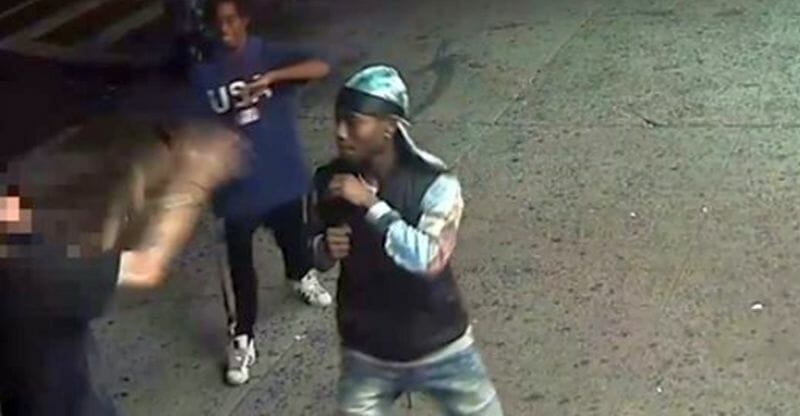 The New York City Police Department have posted security footage of teens attacking a man and a 67-year-old woman, in the Bronx.

According to reports, they first set upon the man, before later punching a 67-year-old woman, who witnessed the attack, in the face.

The NYPD said that there is a $2,500 reward for information regarding the incident, which took place at White Plains Road and Gleason Ave, at 1am on October 7.

As per website PIX11, the man who was initially attacked attempted to defend himself from the teens by fighting back. After trading blows, however, the 33-year-old was knocked out cold.

Afterwards, the assailants turned on a 67-year-old woman who had witnessed the ordeal and began to yell at them. They punched her in the face, breaking her eye socket.

The man woke up several minutes later and went to a nearby deli for help. There, a call to the police was made.

According to reports, the 67-year-old is recovering well.

Please help us spread the word about this by sharing the article on Facebook!